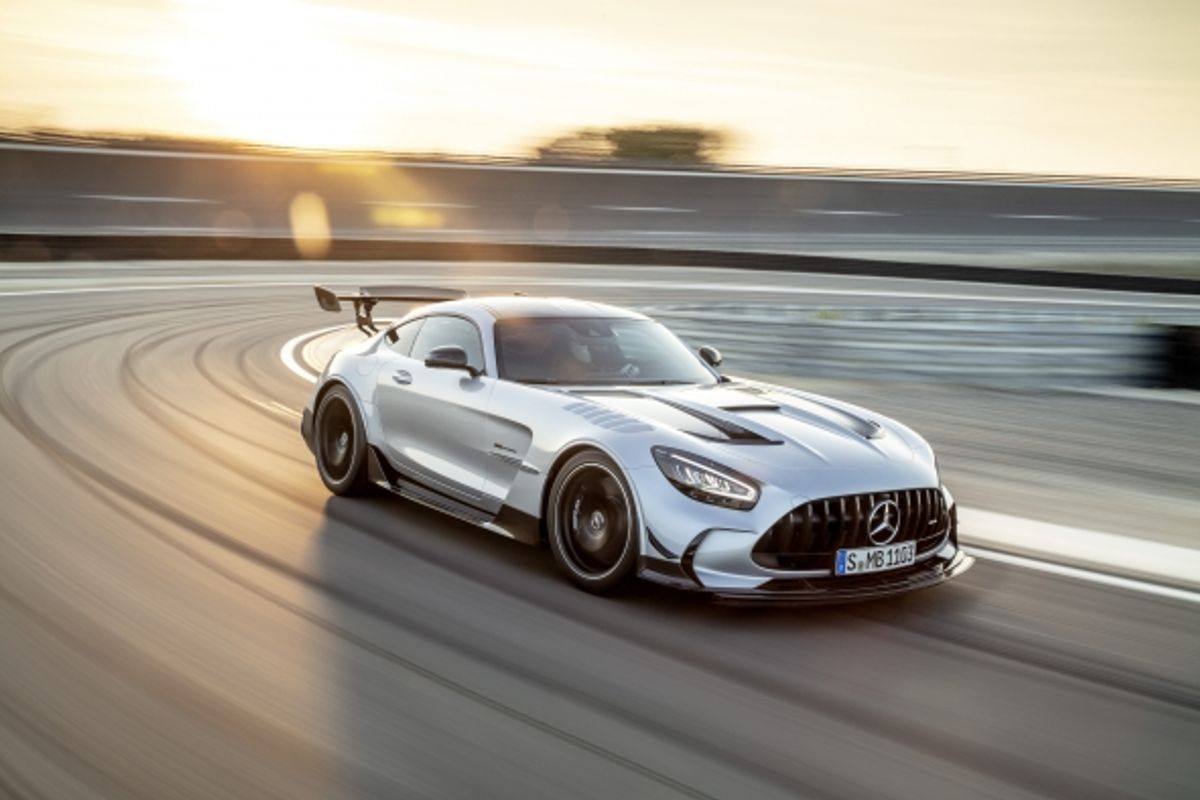 The Mercedes-AMG GT Black Series, which takes its design cues from the current AMG GT3 race car, features a hand-built 4.0-litre V8 bi-turbo engine generating 730 hp and 800 Nm Torque – making it the most powerful series V8 engine ever produced by AMG. It can sprint from 0 to 62 mph in 3.2 seconds, and a top speed of 201 mph.

The GT Black Series is the sixth Black Series from Mercedes-AMG; the first was the SLK 55 Black Series revealed in 2006, and most-recently the SLS Black Series in 2013. These models are designed especially for high-speed use on a racetrack, ultimately borrowing technology from motorsport relatives – while still being approved for the road.

The rear of the newest Black Series is characterised by a new rear apron with a large diffuser, while its carbon-fibre roof and tailgate make it the lightest GT model yet.

The actively controlled AMG Performance exhaust system is made of thin-walled stainless steel, while the two round twin tailpipe trim elements are finished in dark chrome.

Exterior highlights include the AMG radiator grille, which is based on the AMG GT3 racing car; carbon-fibre front wings with wheel arch ventilation (louvres) and individual fins in black; and an adjustable front diffuser and bonnet elements in high-gloss carbon-fibre.

Inside, the standard AMG Interior Night Package is complemented by an AMG Performance steering wheel in DINAMICA microfibre with “Black Series” lettering as well as AMG carbon-fibre door sills.

The interior is upholstered in exclusive nappa leather/DINAMICA microfibre with contrasting topstitching in orange. This can be switched to black with grey stitching at no additional cost.