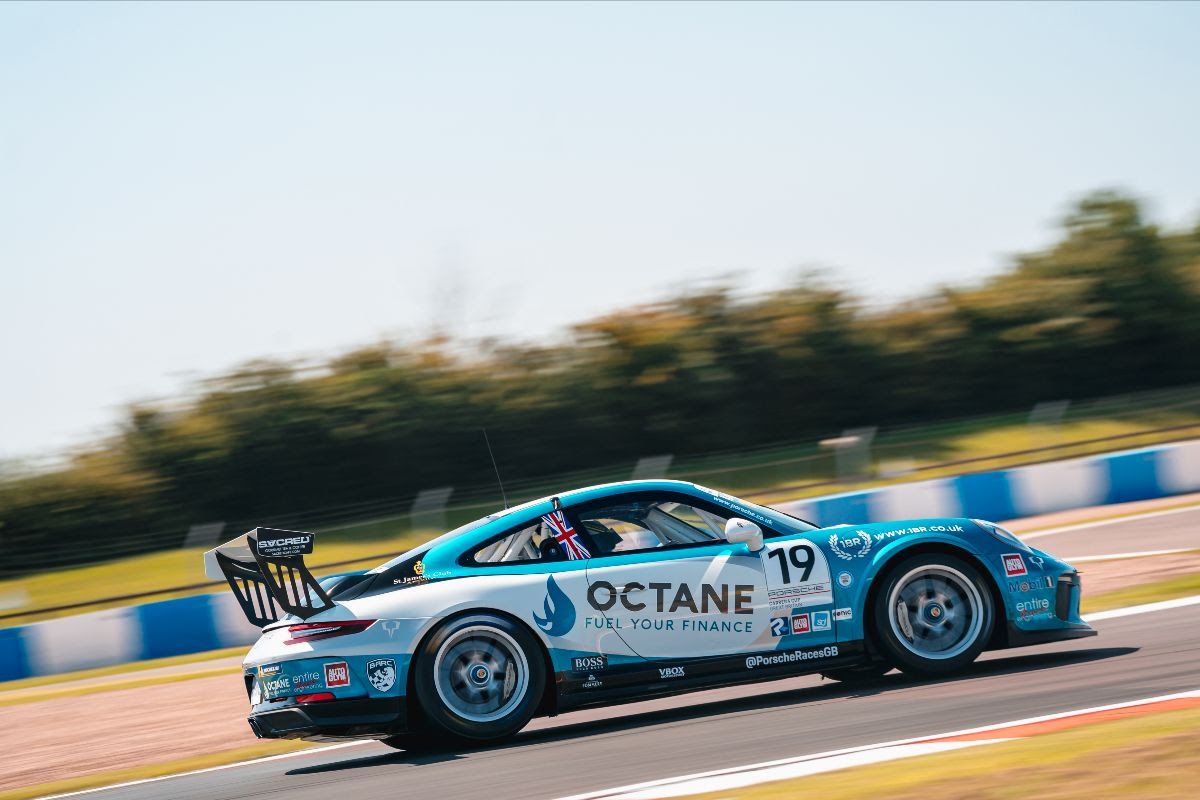 Harry King enjoyed a near perfect start to his time in the Porsche Carrera Cup GB with a victory on his debut weekend in Britain’s quickest one-make series.

The teenager from Maidenhead in Berkshire went into the delayed season opener at Donington Park seeking to impress on his first race outing as Porsche GB’s official Junior Driver; a coveted position that he will hold for the next two years.

On the back of a strong pre-season testing programme at the wheel of his Team Parker Racing-run car, Harry headed into the weekend looking to fight towards the sharp end of the grid, and things started perfectly in qualifying on Saturday as he stormed to pole position - two-tenths of a second clear of his nearest rival.

A perfect start when the lights went out for the opening race saw Harry maintain his lead on the run down to turn one, and he quickly set about building a lead ahead of more experienced team-mate Josh Webster.

Harry showed his undoubted speed as he set the race’s fastest lap but then clipped the tyres at the final chicane, which caused damage to the front of his Octane Finance-backed car.

Although able to continue at a rapid pace, the effect on the handling of the car was enough to give Webster the chance to close in and he would manage to battle ahead to leave Harry running in second spot.

From there, Harry kept Webster honest for the remainder of the race to kick-start his championship challenge with a solid second place.

Starting the second race of the weekend from third on the grid, Harry wasted little time in getting up into second place with a strong start when the lights went out and put pressure on leader Scott McKenna going through the Old Hairpin for the first time.

Moving his car to to the inside on the run to McLeans, Harry was able to make a move stick and take the race lead before setting about building his advantage out front.

Extending his lead lap-by-lap, Harry simply drove away from the battle for second place to secure a highly impressive maiden victory and with it, the early lead in the title race.

Harry now heads to Brands Hatch GP next weekend seeking to consolidate an advantage of five points in the early championship standings.

"A second and a first are results that I didn’t expect coming into the weekend so I’m absolutely delighted," he said. "It’s a great way to start the season and to be leading the standings after round one is fantastic.

"I was a little disappointed after race one at missing out on a win, but if I come away from a weekend feeling disappointed with a second place, then I can’t complain too much! The damage to the splitter really hurt the performance, but I knew that going into race two we had something in our back pocket.

"I was determined to show off the pace we had in race two and that went perfectly. I got into the lead early and made the most of our speed on cold tyres and could just control things from that point onwards.

"This is a great start for me to life as the Porsche UK Junior Driver and has given me a fantastic platform to build on during the season ahead."