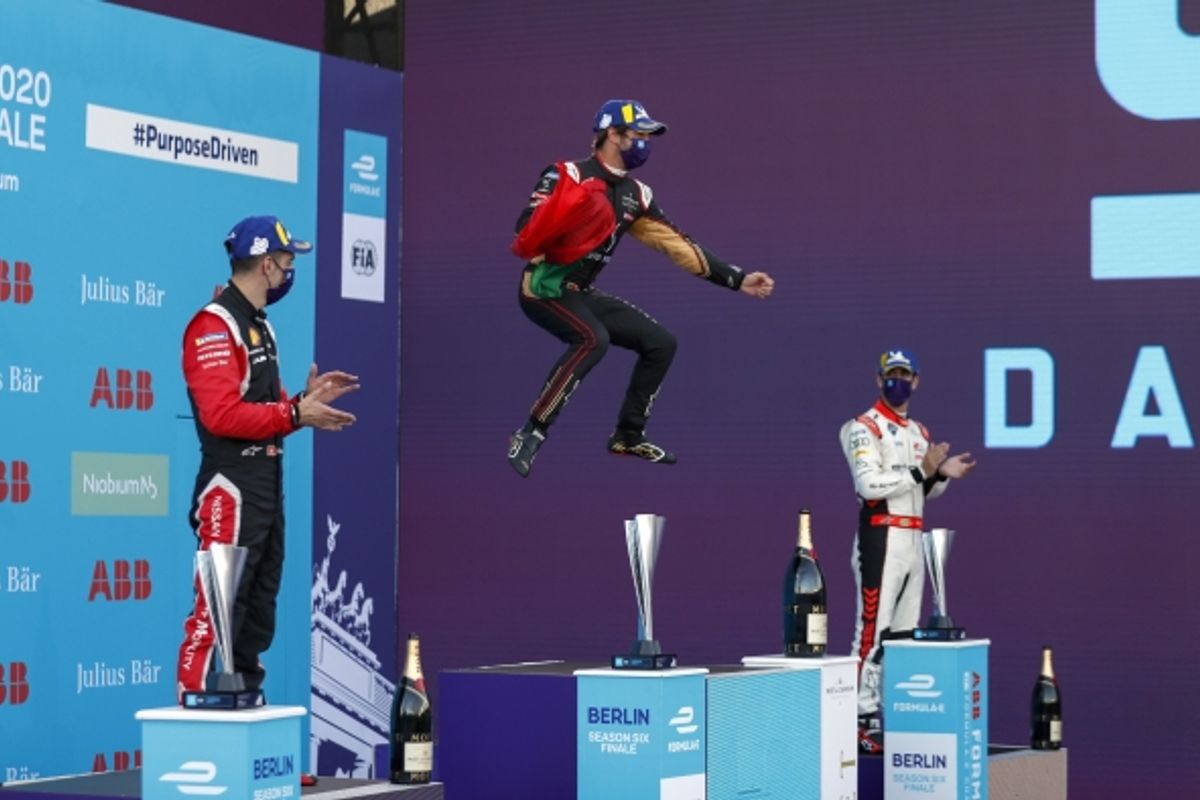 Antonio Felix Da Costa dominated the second round of the Season Six Finale after his second pole to victory finish in two days during the most intense finale in motorsport history.

It was smooth sailing from start to finish for Antonio yesterday after starting on pole, having a great start of the race and keeping his cool throughout.

The ABB FIA Formula E championship now has a one day break before we are back racing on Saturday 8 August, Sunday 9 August ahead of the two final days on 12 and 13 August respectively.

Antonio Felix Da Costa, P1:
“I’m speechless. Honestly, what we have done now, winning three times in a row and from pole to finish, you can only dream about. It’s going to be so important that we continue in the same mentality we have now for the final four races so that we don’t lose it on the finish line. I’m super confident in the team and that we will keep each other afloat all the way to the 13th August and the final race day.”

Jean-Éric Vergne, P10:
“Well it’s only fair to say that today was another day I would like to forget about. It was important to score some good points today and I was looking forward to fighting through the pack up to the good points, but I just lost performance half-way into the race. Now there are four races to go and it’s going to be paramount that we give it everything that we’ve got.”

Mark Preston, DS TECHEETAH Team Principal:
“What can I say, this team is nothing but outstanding and so is Antonio. Third win in a row, all of them from pole to win, you couldn’t dominate more if you wished for it. We will take all the momentum from today, have a good break tomorrow and re-charge the batteries, literally, to be able to come back in the same form on Saturday and Sunday. It’s going to be a real endurance test for all of us and we have to prevail until the end to be able to bring home both championships. I feel sorry for Jean-Éric today who had another tough day, but nobody can bounce back like he does so I would advise everyone to look out for him at the weekend, he’ll be coming in force.”

Xavier Mestelan Pinon, DS Performance Director:
"Another very impressive victory for Antonio who dominated the race from start to the finish! Once again in pole position, he achieves an incredible performance. Today’s 28 precious points now put him as the favourite for the Drivers’ title and consolidates our position in the Teams’ standings also thanks to the point won by Jean-Éric. This very good result confirms that we are making progress towards our unique objective: to keep our two titles! "