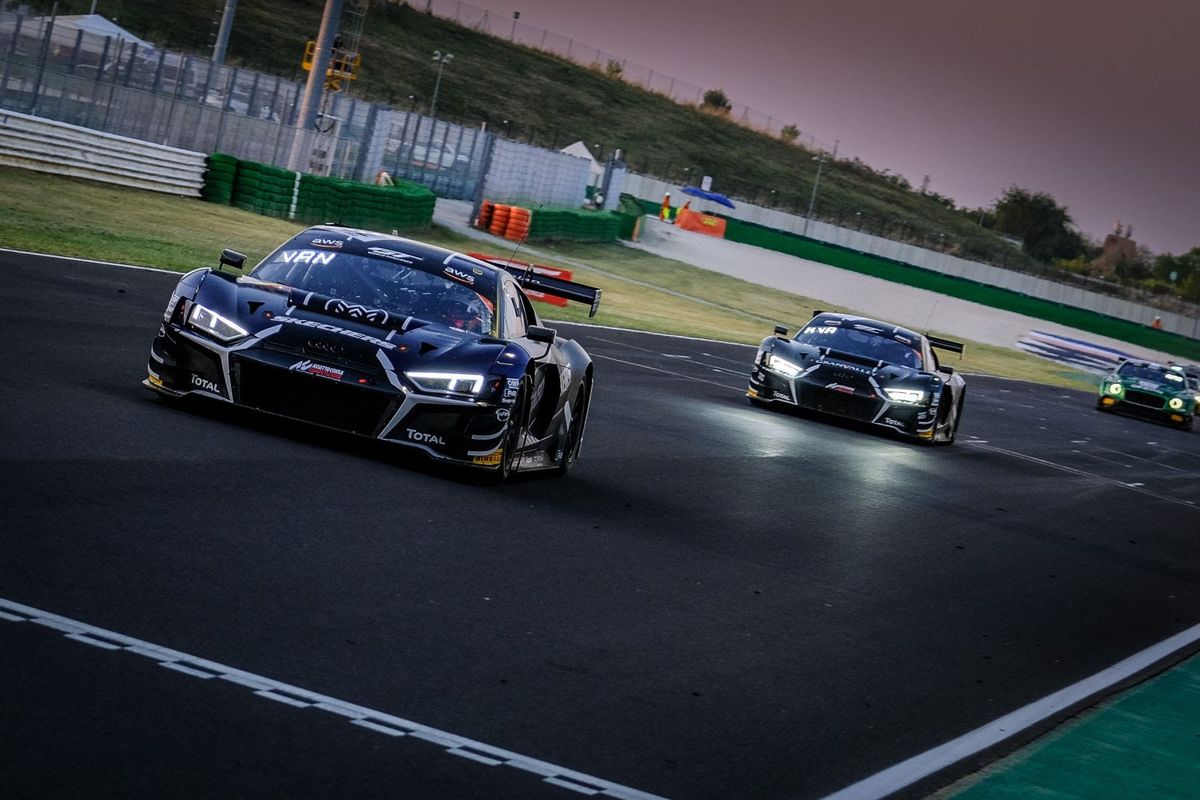 The Belgian duo was followed home by the sister #31 machine of Kelvin van der Linde and Ryuichiro Tomita, the latter taking a superb podium on his series debut. Both WRT cars passed the #107 CMR Bentley during a dramatic final 10 minutes of the one-hour contest, continuing the team's race-winning form following its victory in last month's Endurance Cup opener at Imola.

Weerts took the green flag from P4 but initially dropped back two spots as Tomita and the fast-starting Luca Stolz (#4 HRT Mercedes-AMG) both went through. The teenager then re-passed the German driver and ran behind teammate Tomita until both capitalised on an error from Jim Pla (#89 AKKA ASP Mercedes-AMG) to move up another position.

This placed the WRT cars third and fourth, albeit some distance behind the lead duo of Thomas Neubauer (#15 Tech 1 Racing Lexus) and Jules Gounon (#107 CMR Bentley). The French duo fought an intense battle throughout the first half-hour of competition, with Neubauer never breaking more than a second clear of his rival. Indeed, Gounon had briefly inched ahead at the start only for the Lexus driver to fight back during the opening sequence of corners.

The Tech 1 car was first to make its mid-race pit stop, with Neubauer handing over to Aurélien Panis. Gounon remained out for another lap, after which a rapid turnaround from the CMR crew ensured that Nelson Panciatici emerged in the lead. Seconds later the Lexus began to slow dramatically with a technical problem, leaving Panis to limp back to the pits and out of the race.

Panciatici now held a seven-second advantage over the WRT cars of Vanthoor and Van der Linde, the #32 having jumped ahead of the #31 during the pit stops. The Belgian set about making inroads, but series newcomer Panciatici appeared able to manage the gap until the finish.

The complexion of the race changed when the #55 Attempto Racing Audi of Mattia Drudi made contact with Silver Cup leader Benjamin Hites (#89 AKKA ASP Mercedes-AMG) at turn 8, leaving the Chilean driver stranded in the middle of the circuit. Several cars managed to avoid further contact, only for Hamza Owega (#33 Belgian Audi Club Team WRT) to hit the stricken Mercedes.

This brought about a safety car period, which bunched the field up for a restart with less than 10 minutes remaining. The WRT cars were now right behind Panciatici, and Vanthoor wasted no time in diving up the inside of the Bentley at turn 6. The Frenchman fought back valiantly, but in doing so left himself vulnerable to Van der Linde, who also made a move stick.

The Audis were now in clean air and ran untroubled to the chequered flag, earning WRT its first one-two finish in the Sprint Cup since dominating at the Nurburgring in 2018. Vanthoor and Weerts meanwhile returned to winning ways at the venue where they last tasted victory in 2019.

After the lead duo came the #107 Bentley of Panciatici and Gounon, who scored a podium for CMR in only its second event with the British brand. It also represents a maiden series podium for Panciatici following his switch to GT3 racing with CMR this term. Fourth went to the #4 HRT Mercedes-AMG, with Maro Engel making up further positions during the second stint after Stolz's early progress. The #25 Sainteloc Racing Audi of Christopher Haase and Arthur Rougier completed the top-five.

There is little time for this evening's winners to celebrate, however, with even more action to come on Sunday at Misano. Track activity begins at 09.00 CET with a 20-minute qualifying session, which will set the grid for the weekend's final contest. Race 2 gets underway at 11.20, followed by the third run at 15.00. All of the action will be streamed live on the GT World Challenge Europe website and Facebook pages, as well as the GT World YouTube channel.

Dries Vanthoor, #32 Belgian Audi Club Team WRT: "First of all, I was happy that there was a safety car. Then I saw that [the Bentley] was struggling on the first push laps. I tried to find my moment and he made a small mistake going into turn 6. I went for it, and luckily he gave me space. It was good to see that my teammate got through as well, so it's a very nice one-two for WRT."

Charles Weerts, #32 Belgian Audi Club Team WRT: "I had a poor start and lost some positions but then gained them again. The pace was good and I was behind my teammate, so I didn't take any risks. Then the guys did an amazing job during the pit stop. Dries' out-lap and my in-lap were both good and the safety car helped. I'm really pleased with the result.”