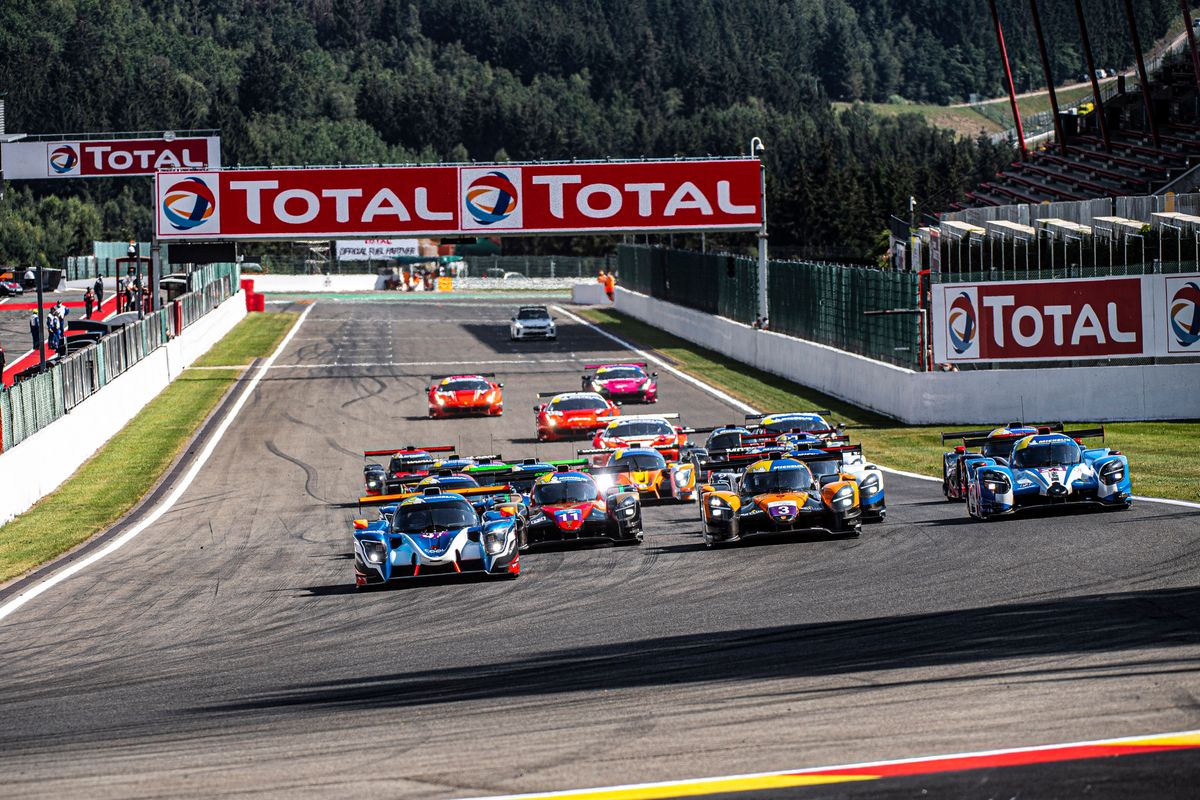 After scoring the team’s first Michelin Le Mans Cup pole position, Nicolas Maulini pulled away from the field to create a mammoth 20-second advantage before handing over to co-driver Edouard Cauhaupe. The French youngster cruised the #37 Ligier JS P320 to COOL Racing’s first win in the series.

Maurice Smith put in an impressive opening stint in the #69 car but a spin and the engine not restarting after one of the pit stops cost him and Matt Bell a top five finish.

Nicolas Maulini, #37 Ligier JS P320: “It was a very good qualifying, claiming COOL Racing’s first pole in the Michelin Le Mans Cup which made up for missing out by a few hundredths last time out. After the start I tried to create as big a gap as possible before handing the car over to Edouard to make sure he was in a comfortable position when he re-joined the race. The car felt really good, I didn’t make any errors behind the wheel, there were no strategy issues, just a good clean race. We’re coming back in the championship a bit, the car that won in Le Castellet was second today so we need to continue pushing to reduce the gap in the standings.”

Edouard Cauhaupe, #37 Ligier JS P320: “After the race in Le Castellet it was important for us to bounce back and have some redemption. The beginning of the weekend was a bit complicated but from FP2 onwards we showed good pace. Nicolas put the car on pole, so the first part of the job was done, and he did an excellent first stint to build a gap. We lost a bit of it in the pits but I still re-joined 12 seconds in the lead and I just had to manage the race, listening to the instructions on the radio and doing the lap times I needed to. Looking after the tyres was especially important as the front-left had high degradation. In the end we crossed the line 24 seconds in front, so it was a clear-cut victory. In three weeks we return to Paul Ricard where it will be important to repeat this performance and try to recover the points we lost in the first round.”

Maurice Smith, #69 Ligier JS P320: “Racing has its high and lows and in the last two races we’ve experienced both of those. The car wouldn’t start in the pits and we lost a lot of time, fortunately Matt was able to regain some of those places. I’m upset for the team because they worked so hard and deserved a better finish, especially after being denied in Le Castellet with the very late puncture. But we get to go back to Paul Ricard for another race, so we will figure this out and do better next time.”

Matt Bell, #69 Ligier JS P320: “I enjoyed my first race of 2020 with COOL Racing after missing the Le Castellet opener. It was a tough race today, very hot inside the car. I had the car handed to me in sixth but we lost a lot of time in the pit stop, for some bizarre reason the car wouldn’t start. We’ve never had this issue before but that dropped us back a few positions. We worked our way back up to seventh, it was a lot of hard work but racing goes like this sometimes. The level of competition is very high this year and we knew it would be tough to make up places. I think without the issue we could have been fighting for a top five, so if we can resolve this then we should be looking strong for the next race.”

Patrick Barbier, Team Principal: “This win is very important to us as it’s our first in Michelin Le Mans Cup. After what happened at Le Castellet, where we should have won, we had to regain our motivation after a lot of work, including changing the tub in only a week and a half. So huge thanks to the whole team as they have done a fantastic job, and the drivers who guided us to a high-performing car.

"While we are extremely happy with the win, there was some frustration on the other side of the garage as the crew deserved a better result. Maurice had a small spin at the end of his stint, but otherwise was very strong and kept the car in a good position for Matt. Then during the second stop, the engine wouldn’t restart. We don’t know why this happened, Oreca is looking into it. We lost quite a lot of time and they finished seventh, but we hoped for a top five. Hopefully when we return to Paul Ricard in three weeks we will see both cars on the podium.”

Starting from ninth on the grid, Antonin Borga made short work of getting through the field in the opening stages of the 4 Hours of Spa onboard the #37 Oreca 07. After a clean stint from Alexandre Coigny, a fuel miscalculation slowed Nicolas Lapierre later on before crossing the line 10th.

Antonin Borga: “Although we struggled to find the right set-up in practice, I realised early in the race the car was much better and moved up to fifth quickly. It felt similar to last year, so it was a pleasure to drive. Unfortunately I locked up while trying to overtake a couple of cars and I had flat spots during my second stint. We also lost the gap I created when the safety car came out. It’s a shame we had the fuel issue with Nico because we lost a good position, especially when it was so late in the race. But we are preparing well for the World Endurance Championship race next weekend.”

Alexandre Coigny: “Antonin gave me the car in a good position and I had a smooth stint. I learnt a lot and this race has been great preparation for next weekend’s 6 Hours of Spa. I’m looking forward to resuming our World Endurance Championship campaign before the team’s first 24 Hours of Le Mans in September.”

Nicolas Lapierre: “We had a challenging race today. Antonin drove very well in his stints and our pace was better than it was earlier in the week, which is encouraging for the 6 Hours next weekend. We should have finished higher up but we had a fuel issue towards the end and were forced to slow down to make the chequered flag, costing us a few positions.”

Patrick Barbier, Team Principal: “We had a lot of difficulties with the set-up from first practice, but using the data we made a competitive car for the race. There were a lot of safety car and full course yellow periods, which made the strategy more complicated. Antonin did two great stints which were interrupted by safety cars, Alex took over and did his run without any issues. Unfortunately we miscalculated the fuel load during the last pit stop and we had to reduce our pace, and we lost places on the last lap letting the leaders go under blue flags. We are disappointed by the result after a difficult week but we’re still motivated. Hopefully we will restart our World Endurance Championship programme on a more positive note.”

Making his maiden appearance at the famous Spa-Francorchamps circuit, COOL Racing’s Sébastien Baud followed up his stunning double win at Le Castellet by making it four consecutive class podiums in the augural Ligier European Series onboard his #74 Ligier JS2 R. Despite his inexperience of the track, Baud battled his more experience rivals for victory in both races. However, a penalty for a pit stop infringement in race one and a team error in race two left him third and second, but still extending his championship lead to 23 points.

Sébastien Baud, #74 Ligier JS2 R: “This was my first weekend at Spa-Francorchamps, so not knowing the circuit meant I had to adapt in qualifying. We didn’t have the best Q1 set-up, so coming sixth was quite positive. We had a better set-up for Q2, I got to grips with the circuit and qualified on the front row. I passed two cars straight away in race one and was in a four-way battle for the lead, but unfortunately we had the pit lane penalty. We still came away with a podium so that’s encouraging. I also got held up in the pit stop during race two while fighting for the win, which was disappointing but these things happen. Nonetheless, it was a very satisfying weekend.”

Patrick Barbier, Team Principal: “A good weekend for Seb, finishing third and second on a circuit he has never raced before. We know it is a difficult circuit to learn, particularly in a series which does not have much free practice time – just one hour so he had to be on the money quickly. It was a solid first race, really on the pace compared to the more experienced drivers. Unfortunately we had a stop/go penalty due a timing error from the team during the pit stop, which cost us a lot so we apologies to Seb for this. He was fighting for the win and should have been rewarded. He had a great fight in race two, it was very tight until a second small mistake from the team in the pits cost him the win. Overall, there are still many positives to take away.”