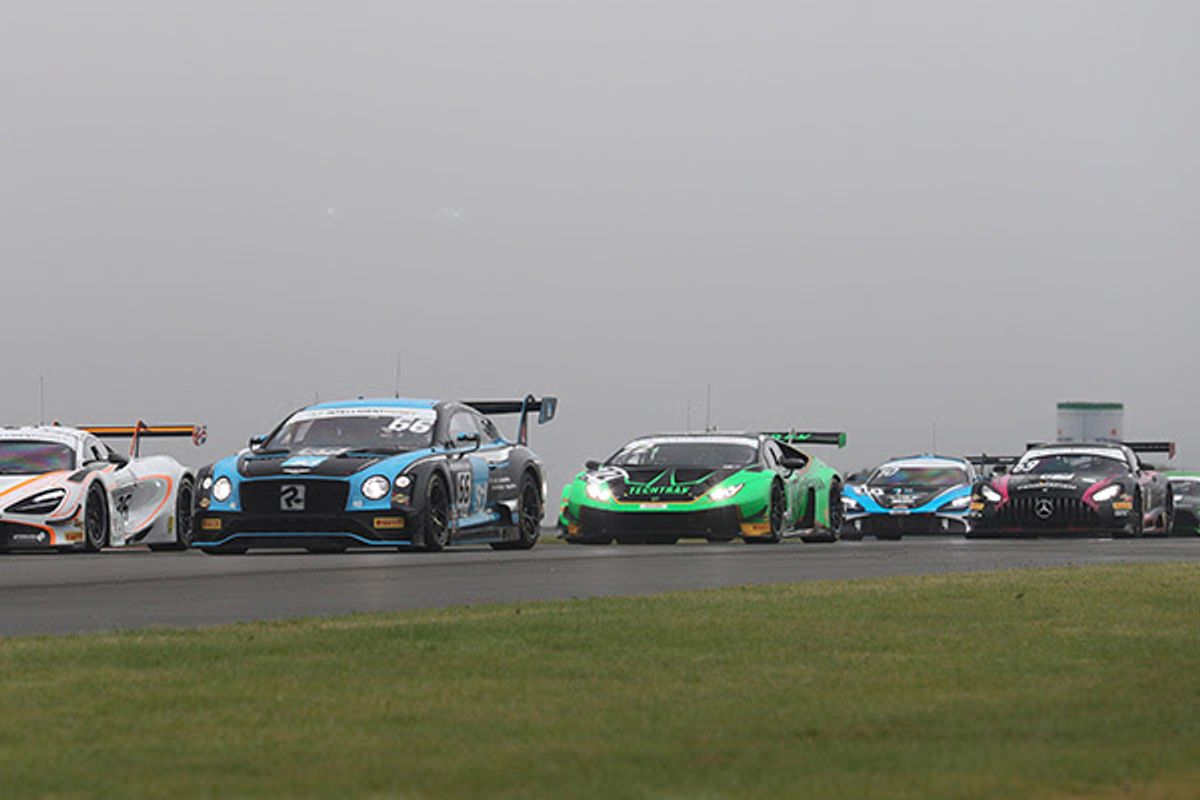 The Intelligent Money British GT Championship stages its third event since the start of August this weekend when the 2020 campaign reaches its halfway mark at Brands Hatch.

August 29/30 represents the 2020 calendar’s first unchanged date following four races – three sprint and one endurance – split equally between British GT’s rescheduled rounds at Oulton Park and Donington. Thoughts at this time of year would, ordinarily, be turning to the season finale, but with four races across three events still to come after Brands there’s still plenty of time for the championship situation to change in both classes.

What’s more, the prospect of several cars and drivers making their series return adds another element to Kent’s two-hour endure, which always delivers on drama.

Salt and Pepper. Black and Decker. Andrew Howard and Jonny Adam. No British GT line-up is more recognisable than Beechdean AMR’s Pro/Am pairing who reunite this weekend for the first time since their 2015 title-winning campaign. The duo first raced together in 2011, and it will be that year’s Aston Martin DBRS9 livery that adorns their Vantage GT3 at Brands Hatch. Reigning champion Adam, who won at Brands in 2013, ’16, ’18 and ’19, will also be eager to pull clear of Phil Keen who matched his tally of 16 overall victories at Oulton Park earlier this year.

Indeed, Keen and his Barwell Motorsport co-driver Adam Balon have made a strong start to the season and lead the GT3 standings following their second podium at Donington. But that also equates to a 15s Pitstop Success Penalty on Sunday, which leaves the door ajar for RAM Racing’s Sam De Haan and Patrick Kujala, and Sandy Mitchell and Rob Collard in the second of Barwell’s Lamborghinis. The two crews respectively lie 11 and 14 points behind the early leaders with a maximum 37.5 available on Sunday afternoon.

Michael Igoe and WPI Motorsport also emerged as championship contenders at Donington where the team claimed its maiden GT3 victory with the help of Andrea Caldarelli. And another Lamborghini Squadra Corse factory driver joins them this weekend when Franck Perera makes his series debut. The same combination has already won GT Cup races together, while the Frenchman is no stranger to Brands thanks to his GT World Challenge Europe experience.

There’s no denying that Team Parker Racing were the feelgood story at Donington where Nick Jones and Scott Malvern scored a popular first British GT3 win. The caveat for this weekend, of course, is the maximum 20s Success Penalty – a handicap that hasn’t been converted into a follow-up victory since 2016.

McLaren’s Silver Cup contingent will also be eager to return to winning ways following mixed results last time out. 2 Seas Motorsport’s Jack Mitchell and Jordan Witt complete the Success Penalty list after charging through to claim an excellent third in Donington’s second race, while Optimum’s Lewis Proctor and Ollie Wilkinson finished right behind after starting 13th. James Baldwin and Michael O’Brien (Jenson Team Rocket RJN), on the other hand, have slipped to seventh in the standings after failing to capitalise on their Race 1 pole position.

Elsewhere, ABBA Racing’s Sam Neary will be hoping for more inclement weather after starring at Donington. His previous-generation Mercedes-AMG was a match for the Pros in Race 1 and fastest of the wet-shod runners in the second.

Duncan Cameron and Matt Griffin’s ELMS and Le Mans commitments see AF Corse skip the next two events. But while their Ferrari will undoubtedly be missed, there is fresh variety in the form of a new manufacturer. The TBC entry will be confirmed this Wednesday.

Just 1.5 points now separate TF Sport’s two Aston Martin crews at the top of GT4 following another strong showing at Donington. Patrick Kibble and Connor O’Brien added a second victory to their early-season haul but still trail Jamie Caroline and Daniel Vaughan who have eschewed wins in favour of consistency.

Sure, a one-two finish in Donington’s 1.5x points endurance race compromised the team’s sprint result, but it also ensured that neither crew will carry a Success Penalty into this Sunday. The same can’t be said for their closest championship rivals, all of whom must overcome a 20, 15 or 10s handicap.

Chris Wesemael and Gus Bowers have the maximum 20s after scoring a memorable first British GT victory at Donington despite starting from the pitlane. They’re currently tied on points with HHC Motorsport team-mates Jordan Collard and Patrik Matthiesen who were unable to convert either of their pole positions into victories last time out. The #58 McLaren still awaits its first win of the campaign.

Balfe Motorsport’s Pro/Am pairing of Mia Flewitt and Euan Hankey are two points further back in fifth and, just like their McLaren counterparts, must serve a Success Penalty after scoring a second podium of the season at Donington.

The longer pitstops will make it doubly difficult for a 570S to win for a third-straight year at Brands. Instead, they’re most likely to aid Sam Smelt and James Kell whose Toyota claimed a maiden British GT4 podium in Donington’s first race. Indeed, the championship standings suggest Speedworks’ Supra will be TF Sport’s closest rival this weekend.

Academy Motorsport’s Jordan Albert and Matt Cowley should also be in the podium mix along with Andrew Gordon-Colebrooke and his Century co-driver Ben Hurst.

Sunday’s support races will also be shown live on britishgt.com/live throughout the day.

All GT4 Silver Cup entries must serve an additional 26s during their mandatory driver change.