Sensational hypercars from Bugatti, McLaren and Brabham at Salon Privé 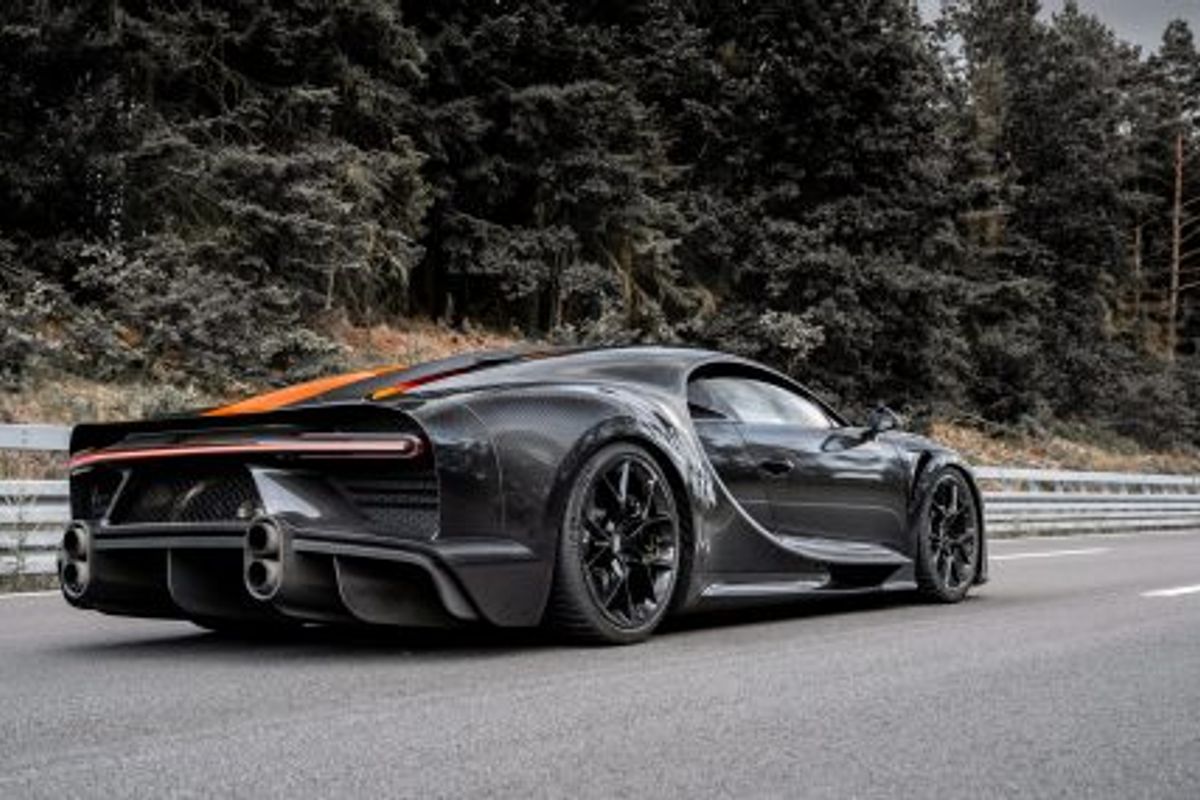 Already internationally renowned for attracting the finest veteran, vintage and classic cars, Salon Privé will this year be hosting one of the greatest-ever gatherings of hypercars. From the world’s fastest production car to the very latest models from great names such as McLaren and Brabham, it will be an unforgettable celebration of speed and style.

Bugatti will be showcasing two very special models, one of which is the Chiron Super Sport 300+ prototype in which Le Mans winner Andy Wallace set a new production-car speed record of 490.484km/h (304.773mph) in August 2019. This will be its first UK public appearance since the record attempt.

Wallace has been testing Bugatti cars to their limit since 2011 and has covered over 100,000 kilometres in these luxury hypercars. In the process, he has driven more than 30 different Veyron, Chiron and Divo models and record-breakers. As chief test driver for the Molsheim marque, his expert knowledge of these cars is unrivalled. Andy Wallace will be making an appearance at Salon Privé.

McLaren and Brabham share Bugatti’s rich motorsport heritage and were two of the most successful Grand Prix teams of the 1960s, 1970s and 1980s. The former rivals will be reunited at Salon Privé – McLaren will be announcing nearer the time which of its fabulous models will be centre-stage, while Brabham makes a welcome return for the third consecutive year, this time showcasing the new street-legal version of its £1million BT62 track car – the BT62R. The BT62R retains the 700bhp V8, but a small increase in ride height and steering lock – plus a few interior creature comforts – have turned it into the ultimate road car.

Those celebrated names will be joined by exciting brands such as Danish hypercar manufacturer Zenvo, which is set to showcase its 1177bhp, carbon-bodied TSRS-1. The road-legal track car is another model that will be receiving its European debut in the pristine grounds of Blenheim Palace. And if that’s not extreme enough, there’s always the outrageous 1100bhp Engler Superquad – a ‘world first’ that weighs a mere 1100kg and is powered by a 5.2-litre V10 – or the TDF1 from British brand Tour-de-Force. Based on a Marussia or Sauber Formula One chassis and using a 600bhp turbocharged engine, the TDF1 has been engineered to give private owners the sensation of driving a modern Grand Prix car.

Enhancing this celebration of performance greats will be the Salon Privé Masters by Pirelli and Lockton, which this year will showcase the Evolution of the Supercar. Set to take place on Friday 25 September, it will include a class for each decade from the 1960s to the 2000s – and some era-defining icons have already been confirmed.

The ground-breaking Lamborghini Miura and Ford GT40 will represent the 1960s, while the De Tomaso Pantera and Porsche 930 Turbo will do likewise for the 1970s. From the 1980s, there will be the spectacular Lamborghini Countach 5000S, Ferrari F40 and Ferrari 288 GTO, and the Aston Martin V8 Vantage V600 Le Mans, Jaguar XJ220S and Ferrari F50 will be flying the flag for the 1990s. Finally, the Bugatti Veyron 16.4 and Mercedes-Benz McLaren 722S will bring the story into the 21st century.

Director David Bagley said: “The world’s fastest cars have always held a very special fascination for motoring enthusiasts, and we can’t wait to show off the latest generation of hypercars at Blenheim Palace. To have so many of them making their European debuts is particularly exciting, and it shows the high regard in which Salon Privé is held by the most prestigious motoring brands.”

Add an exceptional line-up of entries for the Concours d’Elégance presented by AXA, unrivalled hospitality, and the chance to indulge in some retail therapy courtesy of luxury brands offering everything from Boodles jewellery to fine fragrance, travel, aviation and interior design, and it’s clear that this year’s Salon Privé Week promises to be the best yet.

The programme has even been expanded to include a dedicated Media VIP Day on Tuesday 22 September. The new addition will enable the world’s press to make the most of a packed programme of events that includes three world premieres and 16 new-model debuts from some of the greatest brands in motoring.

Salon Privé 2020 Refund Policy. This year, you can book your tickets with total confidence with the guarantee of a full refund should the event be cancelled.* On the other hand, should the Government impose maximum event guest numbers which sit above our bookings, we reserve the right to return monies on a last-in, first-out basis.

(*Full refunds given in the event of cancellation, excludes private dining bookings)

Above all else, the safety and wellbeing of all who attend Salon Privé this year will be our utmost priority. As such we will have extensive measures in place to encourage hygiene and social distancing, ensuring we meet the Government’s COVID-19 Secure guidelines. Some measures are…

Temperature testing on arrival
Isolation room and medical team on site
Widened passageways around the event to allow for social distancing
Multiple food and bar points to reduce queuing
All dining areas set up with tables no larger than four, positioned 2m apart
Wine waiters to top up Champagne and drinks throughout the day
Hand sanitiser at all guest points