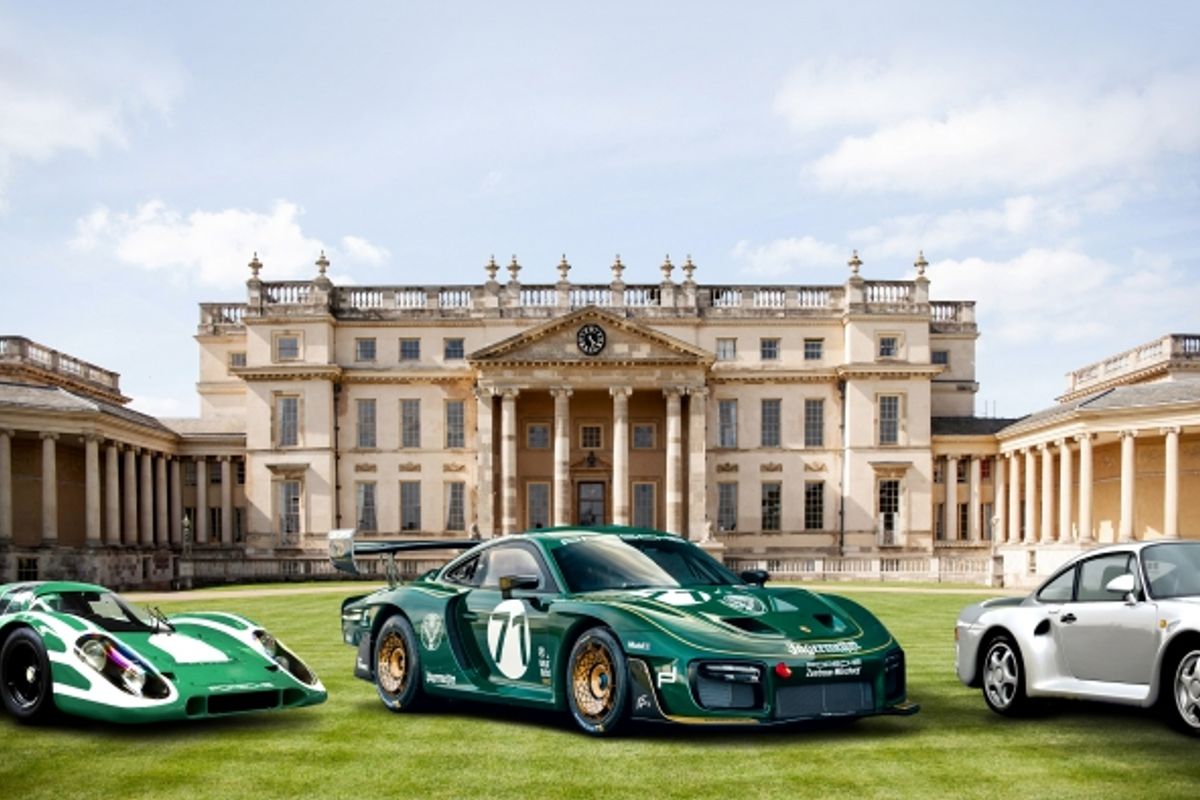 On 1st November 2020, Porsche enthusiasts from all over the UK and further afield will gather in the picturesque grounds of the Stowe House in Northamptonshire to see some of the finest motorsport-inspired Porsches together in one place.

Renn20 is the second Rennsport Collective event, after the inaugural Renn19 at Donington Hall last July. A true celebration of Porsche Motorsport, with a uniquely curated collection of rare and sought-after road and race cars on display just a short drive from Silverstone Circuit.

The Rennsport Collective is an exclusive group of Porsche enthusiasts who are owners of motorsport-inspired Porsches from across the globe. The Collective aims to share its passion for Porsche Motorsport with fellow enthusiasts across the world, and bring together some of the finest Porsches ever made in an environment that truly does them justice.

The Rennsport Collective event will be open to the public and, for one day only, will give guests the opportunity to see one of the largest collections of motorsport-inspired Porsches ever brought together in the UK. The collection is  curated by colour, not by car-type or time period. This will showcase the connections between cars from different eras and styles, brought together in a range of complementary colour palettes. You may find a 991.2 GT2 RS MR road car in Racing Yellow alongside the yellow 911 S/T driven by Gerard Larrousse on the Tour de France to third place in 1970; next to the 1995 BPR World Championship winning 993 GT2R.

Paul Geudon, Founder of Rennsport Collective, said: “Born out of a lifelong passion for all things Porsche, the Rennsport Collective is a group like no other. It’s a movement – joining together like-minded and knowledgeable enthusiasts who own a very specific and highly regarded collection of motorsport Porsches – and putting this event together has been a fascinating process. We have cars coming from the UK, France, Belgium, Netherlands, Germany, Austria, Switzerland, Monaco, Portugal, South Africa and Japan!

“This November gathering is our second event and it will be exciting to have such a diverse range of cars in one place – some cars would have been seen at Renn19, but many will be completely new. It really will be a must-attend event for any Porsche motorsport fan and we look forward to welcoming visitors from all over the world to Stowe House this summer.”

A limited number of tickets are still available for the public

In July 2019 the inaugural Rennsport Collective event was held at Donington Hall following a private unrestricted trackday at Donington Park.

A sixty-second film from Renn19 can be seen here