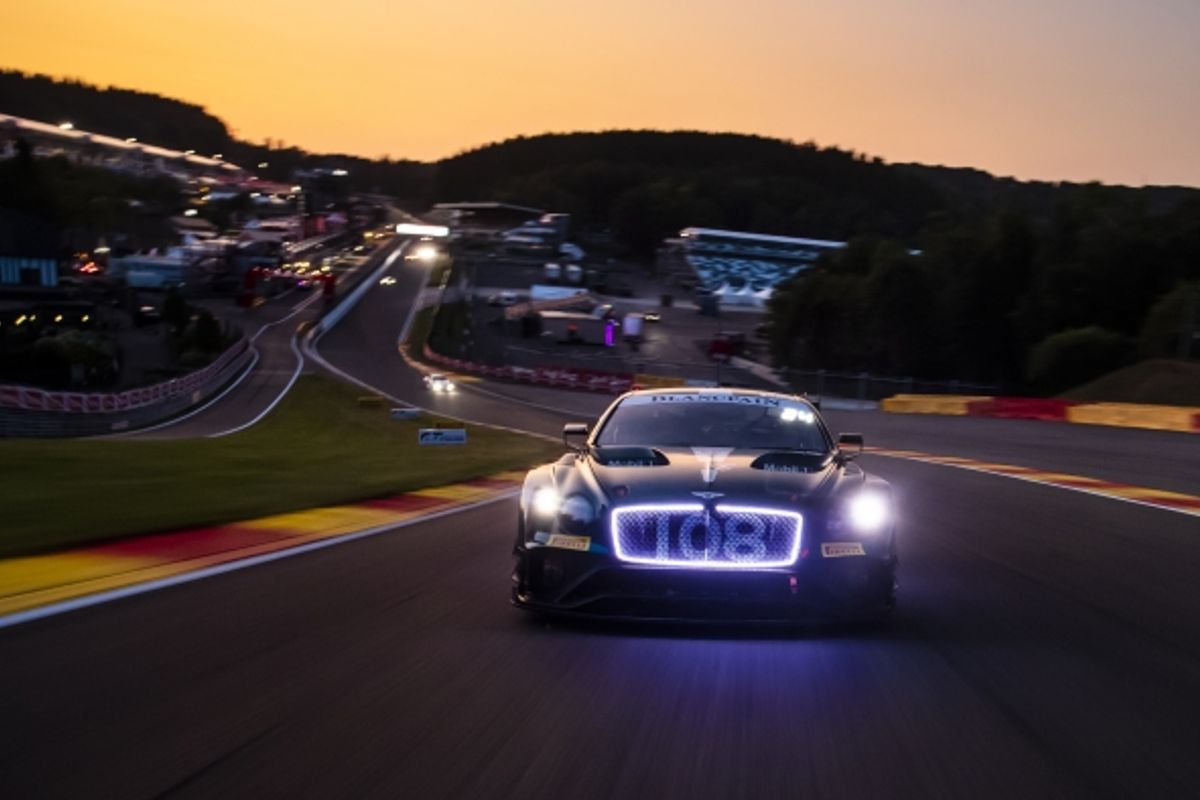 After committing to all remaining rounds

Image: Five Bentley Continental GT3s will be eligible for points at Spa

Bentley Motorsport to continue its Intercontinental GT Challenge manufacturers’ title campaign after committing to all remaining rounds
K-PAX Racing to contest home race of Indianapolis 8 Hours
CMR, K-PAX Racing and Team Parker Racing to compete for manufacturer points at 24 Hours of Spa
Bathurst 12 Hours winners M-Sport to complete the series at Kyalami 9 Hour, hoping to bookend the championship with success
Bentley’s championship-leading works drivers - Soulet, Pepper and Gounon - to fight for the series drivers’ title together

Bentley Motorsport will contest the full 2020 Intercontinental GT Challenge via its global family of customer teams to challenge for the outright manufacturers’ title and enabling its works drivers to continue their championship-leading campaign.

Fast-forward to today and Bentley’s customer racing programme is flourishing, with a race win for Team Parker Racing, a pole position for Team Lazarus and a podium for T3 Motorsport already achieved.

With the support of Bentley Motorsport, K-PAX Racing has made a smooth transition to racing in Europe. Keen to contest a major race on home soil, the Sonoma-based team has now entered the second round of the Intercontinental GT Challenge, Indianapolis 8 Hours. In order to enable Soulet, Pepper and Gounon to challenge for the drivers’ title, the Bathurst-winning trio will fly to the USA to represent the team in its single-car effort.

The third round of the series, the 24 Hours of Spa, includes five Continental GT3s from three teams all benefiting from M-Sport’s pre-event testing and technical support. K-PAX Racing, CMR and Team Parker Racing will all be nominated to score points for Bentley, making this a true customer racing campaign. Soulet, Gounon and Pepper will once again race together at K-PAX Racing so that they can remain on equal points throughout the series.

In December, M-Sport, which has spent the season assisting the network of teams - including three new Bentley customers - and developing the Continental GT3 will return to the track taking two cars to Kyalami in South Africa for the 9-hour finale.

“The Intercontinental GT Challenge is the pinnacle of global GT racing and, as a manufacturer, it’s where we should be competing. We are now able to continue to fight for the title but utilising our expanding family of elite customer racing teams. To have four teams all potentially contributing to the title battle is really exciting – it would be a fantastic achievement for our customer racing programme if we could win this together.

“K-PAX Racing have adjusted to competing in Europe well but it also feels right for them to contest the USA round of the series. Our works drivers deserve to continue their championship-title bid, so we are grateful that they agreed to take all three rather than field their own squad.

“I think everyone will be delighted that M-Sport will be racing two Continental GT3s at Kyalami. We couldn’t have grown this customer racing programme without their support and sacrifice, so to see them back on the grid as a customer team at the end of the year is something that we at Bentley didn’t expect and that I’m sure the fans at home will be excited about. Let’s hope they can end the season in the same way it started!”

The inaugural Indianapolis 8 Hour, which replaces California 8 Hour in the calendar, takes place on 4 October. The 24 Hours of Spa, which actually takes place over 25 hours this year due to the clocks going back during the race, begins on 24 October and the season concludes at Kyalami 9 Hour on 12 December.