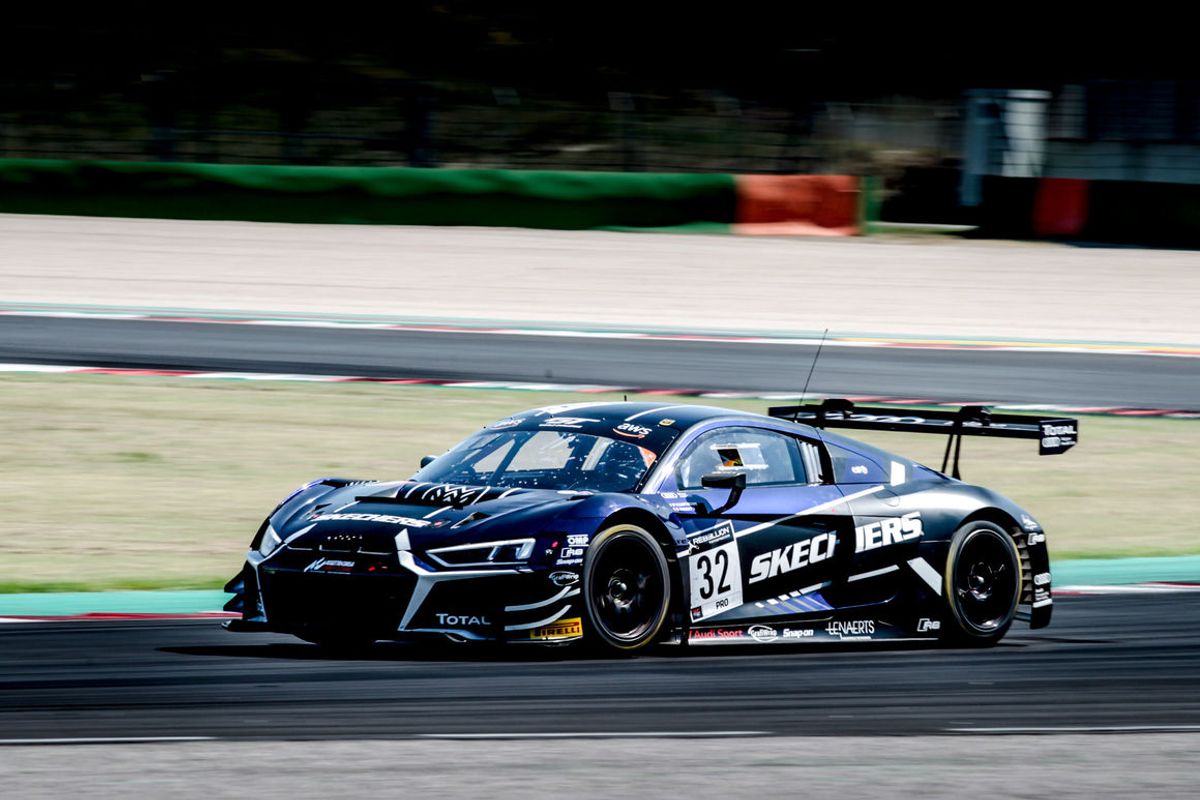 The 2020 GT World Challenge Europe Powered by AWS season will reach its halfway mark this weekend (11-13 September) with a pair of one-hour Sprint Cup contests at Circuit de Nevers Magny-Cours.

Staged just one week after a six-hour Endurance outing at the Nürburgring, the event represents a return to the 4.4km French track some nine years after it previously hosted the series. This will bring the total number of Sprint races staged this season to five following a trio of 60-minute contests at Misano.

The entry list for the event has grown to 24 cars, 10 of which are set to compete with full-pro crews. Among them, CMR will uphold local honour with an all-French line-up of Jules Gounon and Nelson Panciatici driving the #107 Bentley. The new pairing showed formidable pace at Misano and will be hoping to capture a maiden win on home turf this weekend.

Mercedes-AMG is represented by a pair of strong line-ups. HRT scored a podium during its first Sprint Cup outing at Misano and its driver pairing of Luca Stolz and Maro Engel sit third in the standings following the opening trio of races. AKKA ASP earned victory in the second run and will chase a repeat performance with Raffaele Marciello and Timur Boguslavskiy at the wheel of its #88 machine.

Lamborghini's hopes rest with a two-car effort from Emil Frey Racing. The #14 car will compete with Mikael Grenier and Norbert Siedler at the wheel, while Alberto Costa and Giacomo Altoe will handle the Swiss squad's #163 Huracan.

Audi is the best-represented brand among this weekend's full-pro entrants and will look to carry its impressive form over from Misano. Belgian Audi Club Team WRT scored a brace of wins at the Italian venue thanks to the #32 car of Dries Vanthoor and Charles Weerts, who lead the championship after the opening set of races. The sister #31 machine also showed well in Italy and both should be serious contenders for victory at Magny-Cours.

Sainteloc Racing began the season in fine style with a pair of podiums for Christopher Haase and Arthur Rougier, who travel to the team's home event second in the standings. A two-car effort from Attempto Racing also has the potential to contend for the top spots. Italian duo Tommaso Mosca and Mattia Drudi share the #55 car, while Nicolas Schöll and Frederic Vervisch will handle the sister #66 machine.

A typically competitive Silver Cup grid features eight cars and a trio of all-French crews competing on home turf. Last time out, the #15 Tech1 Racing Lexus of Thomas Neubauer and Aurelien Panis was in superb form and picked up a pair of overall pole positions, only to hit problems during each race. The Toulouse-based squad will look to convert its obvious pace into results at Magny-Cours.

The #26 Sainteloc Audi was able to convert its speed into silverware at Misano, with a pair of class wins ensuring that Steven Palette and Simon Gachet travel to their home event leading the standings for the Saint Etienne squad. Belgian Audi Club Team WRT will also field an R8 LMS, with brothers Hamza and Jusuf Owega handling the #33 machine. CMR adds another all-French crew in its #107 Bentley, which features Pierre Alexandre Jean and Hugo Chevalier.

Mercedes-AMG has four cars contending for Silver Cup honours, two of which come from the TokSport WRT stable. The German outfit endured a tough start to the season after the #2 car of Juuso Puhakka and Oscar Tunjo was sidelined by engine issues and will look to bounce back in France, with the #6 AMG GT3 of Robin Rogalski and Kris Heidorn also on hand. Madpanda Motorsport will field its regular line-up of Ezequiel Perez Companc and Axcil Jefferies, who scored a maiden victory last time out, while AKKA ASP has Jim Pla and Benjamin Hites at the controls of its #89 machine.

They will contend with a pair of cars from Mercedes-AMG, which is the best-represented brand across the classes this weekend. SPS Automotive Performance will deploy its #20 for Valentin Pierburg and Dominik Baumann, while ERC Sport has Lee Mowle and Phil Keen handling its #18 machine. A second SPS Automotive Performance Mercedes-AMG completes the field, running in the GT Sports Club Europe class with Christian Hook and Manuel Lauck.

Track action begins on Friday 11 September with free practice (14.35) and pre-qualifying (21.15), each of which runs for 90 minutes. A new weekend format for Sprint Cup events will see both qualifying 1 (14.40) and race 1 (22.15) take place on Saturday, with the latter putting on a show under the lights.

The same format will be repeated on Sunday. Qualifying 2 begins at 08.30, while the weekend's closing one-hour race goes green at 13.45. From Saturday afternoon's qualifying onwards, all sessions will be streamed live on the championship’s official website and Facebook pages, as well as the GT World YouTube channel.