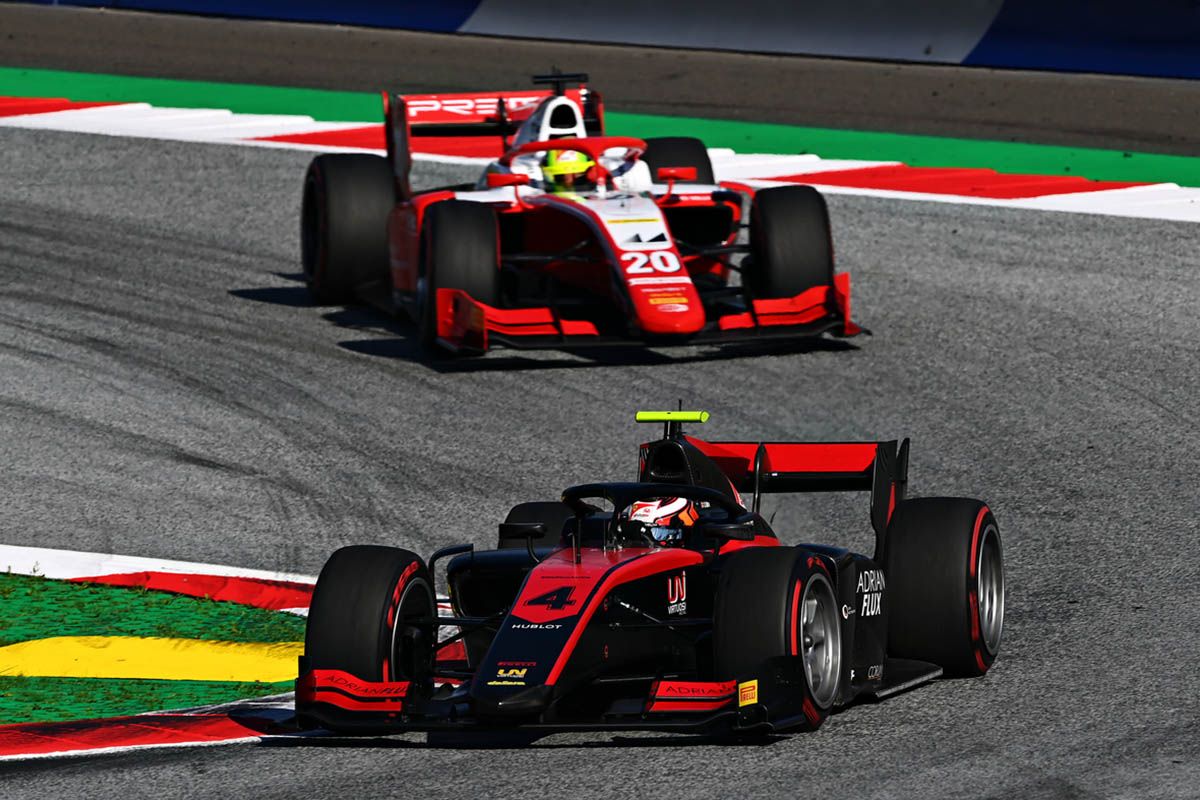 In Formula 2, where Mugello is the first of four rounds still to run, the championship standings are headed by Callum Ilott, Mick Schumacher and Robert Shwartzman: all three are members of the Ferrari Driver Academy and are covered by only nine points.

• Mugello is made up of 15 corners that are mainly medium to high speed, meaning the lateral demands on the tyres are far greater than the braking and traction forces.

• The surface at Mugello is known to be aggressive, adding to the demands on the tyres. Temperatures are also likely to be high, making thermal degradation a factor.

• Mugello has never hosted the F2 or F3 championships or their predecessors, not even for testing. Teams will therefore have limited knowledge about car setup and how the tyres will perform, prior to the single 45-minute free practice sessions on Friday.

• The P Zero White hard and P Zero Red soft tyres have been nominated in Formula 2 for Mugello, creating an interesting performance gap between the compounds.

• F3 drivers usually get three new sets of tyres at the start of each weekend, plus one carry-over set from the previous round (which must be returned after free practice), but will get four new sets of hard tyres at Mugello as the soft tyre from Monza is not suitable. There are two sets of wet-weather tyres available as well.

While Mugello is new to the F2 and F3 calendars, the circuit is familiar to drivers from the Formula Regional European Championship and Italian Formula 4 Championship, which are both also supplied by Pirelli and visited Mugello in October last year. Frederik Vesti won two of the Formula Regional races and David Schumacher the other, while another F3 racer Dennis Hauger won two of the F4 races. Nine of the drivers who raced in Formula Regional at Mugello last year will line up in F3 this weekend; another, Dan Ticktum, will be racing in F2.

Mario Isola, Pirelli head of F1 and car racing: “It promises to be a very special weekend at Mugello, not only in Formula 1 but also in Formula 2 and Formula 3. In F3 it has been an unusually short season in terms of time but it has been a very competitive season, as we can see with six drivers still in mathematical contention to win the title this weekend. F2 is also incredibly close, especially between the three Ferrari junior drivers at the top: giving us a glimpse of the future on the weekend where Ferrari takes part in its 1000th F1 race. In both championships, Mugello will be a new challenge for most of the teams and drivers. We know the circuit quite well from other single-seater championships that we supply and we expect the demands on the tyres to be high, so managing the rubber will be important.”

For further information about Pirelli, please contact Anthony Peacock on +44 (0)7765 896 930 or anthony.peacock.ex@pirelli.com