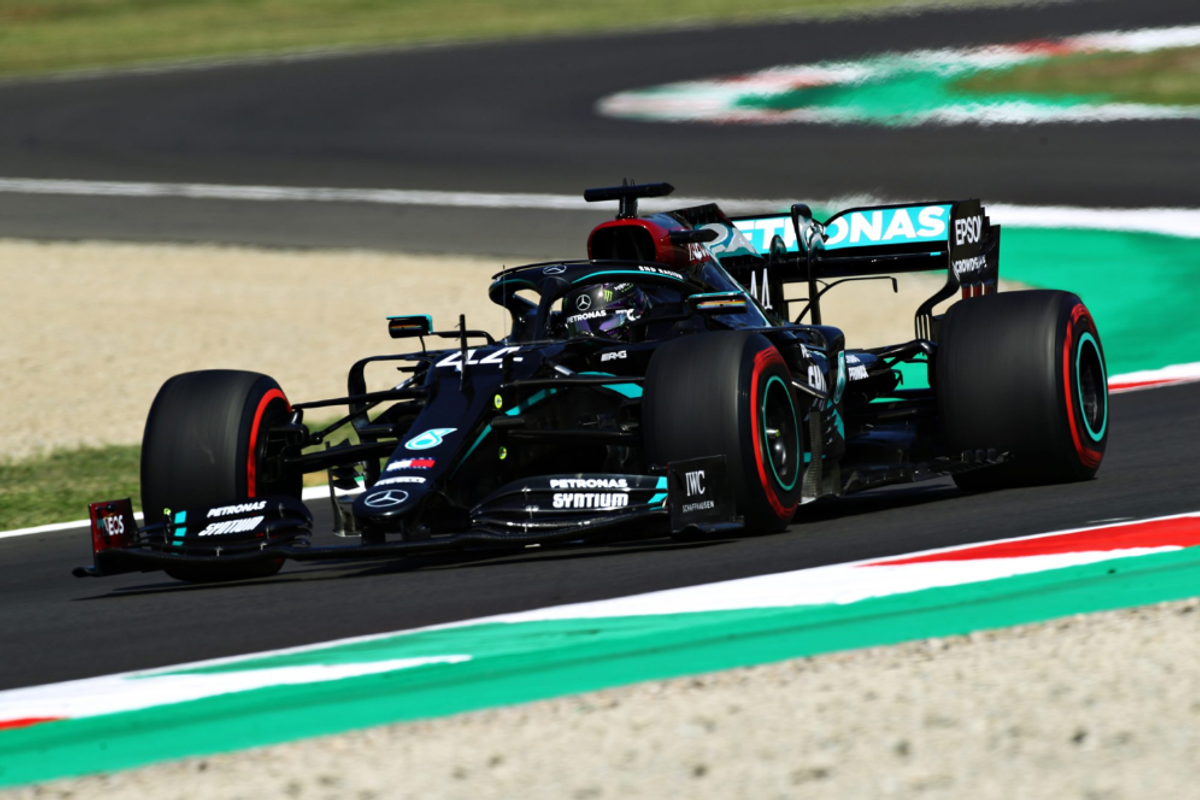 Valtteri Bottas had led the way through practice, but Mercedes team mate Lewis Hamilton got the job done when it counted as he snatched pole for the inaugural Tuscan Grand Prix at Mugello…

Hamilton spent much of practice getting comfortable with the new track, nestled in the Tuscan hills, rather than chasing outright lap time. It was Bottas that led the way after Q1, but there was a few hundredths that separated them, and Hamilton then ramped it up in Q2 to lead a session for the first time during the weekend.

In the first runs in Q3, Hamilton once again set the pace, with Bottas within 0.06s, but all hope was not lost as there was still one run to go. However, Renault’s Esteban Ocon got it all wrong on his lap, spinning and bringing out the yellow flags, which forced much of the field to back off.

That gave Hamilton his 95th career pole position and 69th for Mercedes, the latter figure higher than the career total of any other driver. With Bottas slotting into second, it gave Mercedes their seventh consecutive front row lockout – two short of their record set in 2014-15.

Max Verstappen went third quickest three tenths of a second adrift, the Dutchman nearly 0.5s clear of his Red Bull team mate Alex Albon. Ferrari’s Charles Leclerc got the job done before the yellow flags came out, his lap catapulting him up into fifth on the grid at a track owned by his Ferrari team.

The Racing Point duo were next up, Sergio Perez outperforming Lance Stroll, despite his team mate having the heavily updated package which includes a slick new sidepod arrangement and new brake ducts. However, the Mexican will drop behind Stroll on the grid, following his one-place penalty for his collision with Kimi Raikkonen in practice.

Renault’s Daniel Ricciardo went eighth quickest, ahead of McLaren’s Carlos Sainz with Ocon – who didn’t set a lap time in Q3 courtesy of his spin – rounding out the top 10.