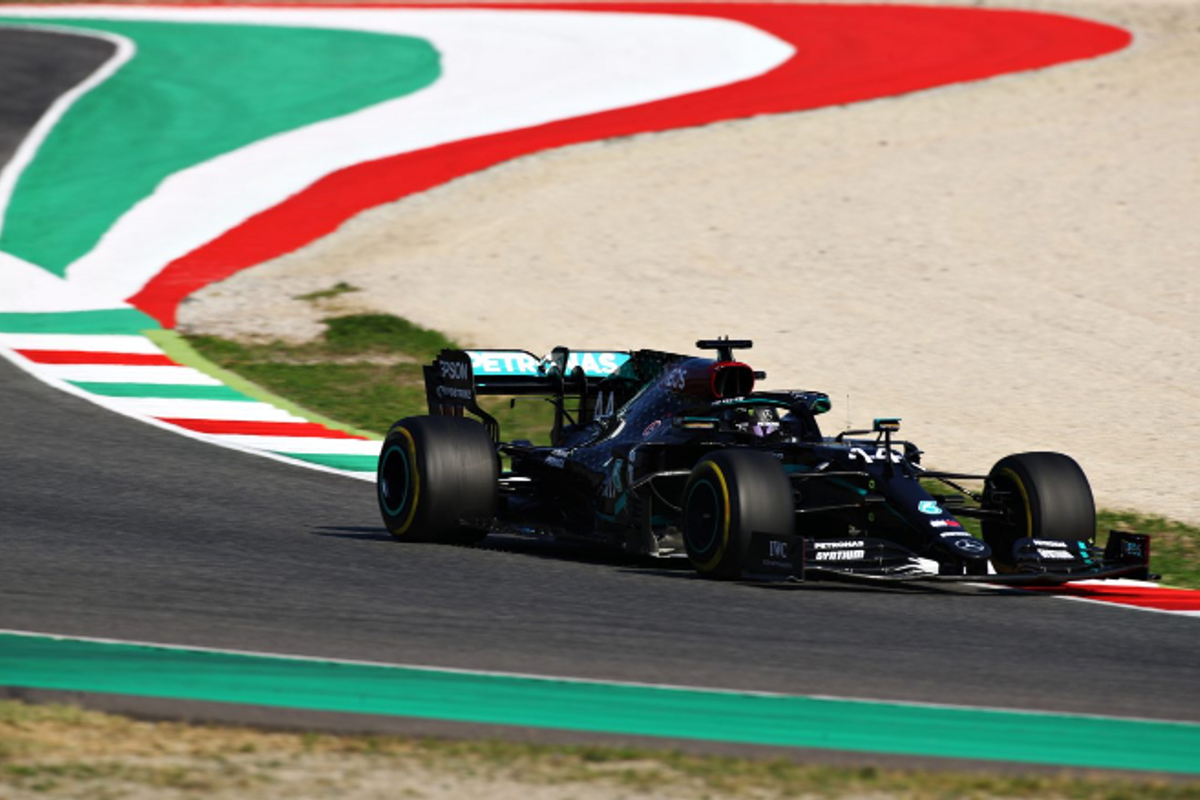 Mugello served up an absolute thriller in its first ever Grand Prix, with Lewis Hamilton taking victory from Mercedes team mate Valtteri Bottas in an action-packed race that saw two dramatic multi-car crashes within the first nine laps, two red flag stoppages and an exciting finale that culminated in Alex Albon scoring his first F1 podium.

A late red flag, the second of the race – after Racing Point’s Lance Stroll went off at Arrabbiata 2 while holding fourth place – set up a dramatic finish to the first Grand Prix to be held at Mugello, with Hamilton holding on to take his 90th career win from Bottas, as behind, Albon pulled off a fantastic move on Renault’s Daniel Ricciardo to claim an important third with eight laps of the race to go.

Ricciardo was left to come home fourth, tantalisingly close to his first podium with Renault, as Sergio Perez finished fifth for Racing Point. With just 12 runners classified at the finish, Lando Norris was sixth for McLaren, ahead of the AlphaTauri of Daniil Kvyat, with Ferrari’s Charles Leclerc classified eighth at the team’s 1,000th Grand Prix.

Alfa Romeo’s Kimi Raikkonen was ninth after receiving a five-second race penalty, with the second Ferrari of Sebastian Vettel rounding out the top 10. That left Williams’ George Russell 11th, agonisingly close to the team’s first points of the year, while Haas’ Romain Grosjean finished 12th of 12.

Max Verstappen and Monza winner Pierre Gasly’s Tuscan Grands Prix lasted just two corners, with both caught up in a melee at Turn 2 – Verstappen having already suffered a power unit issue that saw him fall down the order before getting punted off, with Gasly caught up in the incident as well.

A resultant Safety Car then led to a huge accident at the Lap 7 race restart, with Carlos Sainz, Antonio Giovinazzi, Kevin Magnussen and Nicholas Latifi all taken out of the race – thankfully without serious injury, with the race red flagged while the debris was cleared up, before the second red flag came on Lap 45 after Stroll’s accident, making for a first race at Mugello that won’t be soon forgotten.