Sébastien Loeb the surprise leader of Rally Turkey on Friday 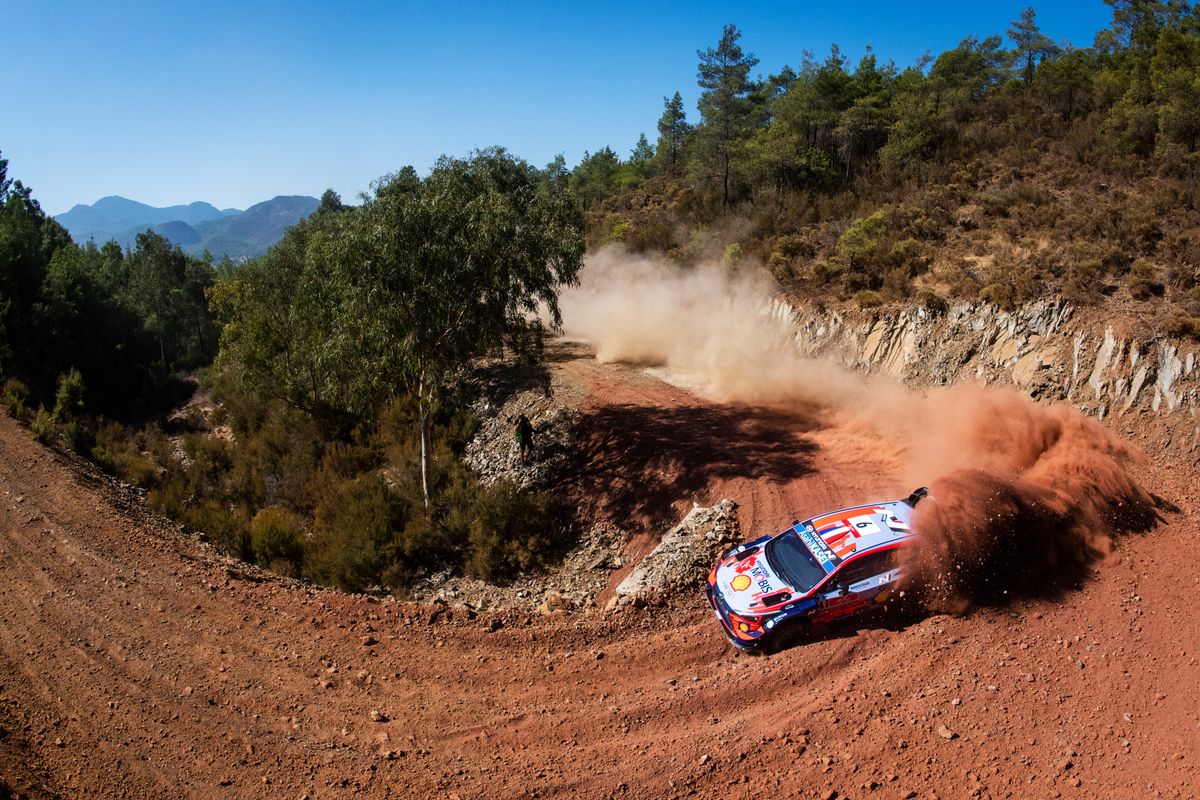 Sébastien Loeb was the surprise leader of Rally Turkey on Friday night after a vintage performance from the nine-time world rally champion.

Rocky mountain roads, endless twists and turns and dust provided gruelling conditions, but the 46-year-old Frenchman used all his guile to complete the short opening leg with a 1.2sec advantage. He became the oldest driver to lead an FIA World Rally Championship round.

Team-mate Thierry Neuville, driving an identical Hyundai i20, was second, just a tenth ahead of championship leader Sébastien Ogier in a Toyota Yaris. Less than five seconds covered the top seven after a frantic opening to this fifth round of the season.

Loeb, competing on his first rally since January's season-opening fixture in Monte-Carlo, was second in the two speed tests, despite never having driven these roads before. He has won in Turkey on three occasions.

"I didn't expect to be leading tonight. The last stage, I had a lot of pressure at the start because we didn't find the road so good. I had precise notes so I was able to do it and leading the rally tonight is the best thing that can happen," he said.

Despite covering only 25.22km of a 221km rally, Friday night's action was pivotal. Drivers are reseeded for Saturday in reverse order of classification, handing an advantage to the frontrunners who can expect cleaner and grippier roads lower down the start order.

Neuville led by 3.3sec following the first Içmeler stage before dropping behind his colleague. He held off Ogier who had the best visibility as the road opener and won the following Gökçe test.

Ogier topped a Toyota trio, with Elfyn Evans 0.8sec behind in fourth and teenager Kalle Rovanperä a further six-tenths adrift. Teemu Suninen completed the top six in a Ford Fiesta, just 4.2sec off Loeb's pace. World champion Ott Tänak was seventh in another i20.

Saturday is the longest leg of the weekend. It journeys west of Marmaris and packs 107.38km into three rugged coastal tests, which are driven morning and afternoon. Service in Asparan between the loops offers welcome respite from the demanding conditions.