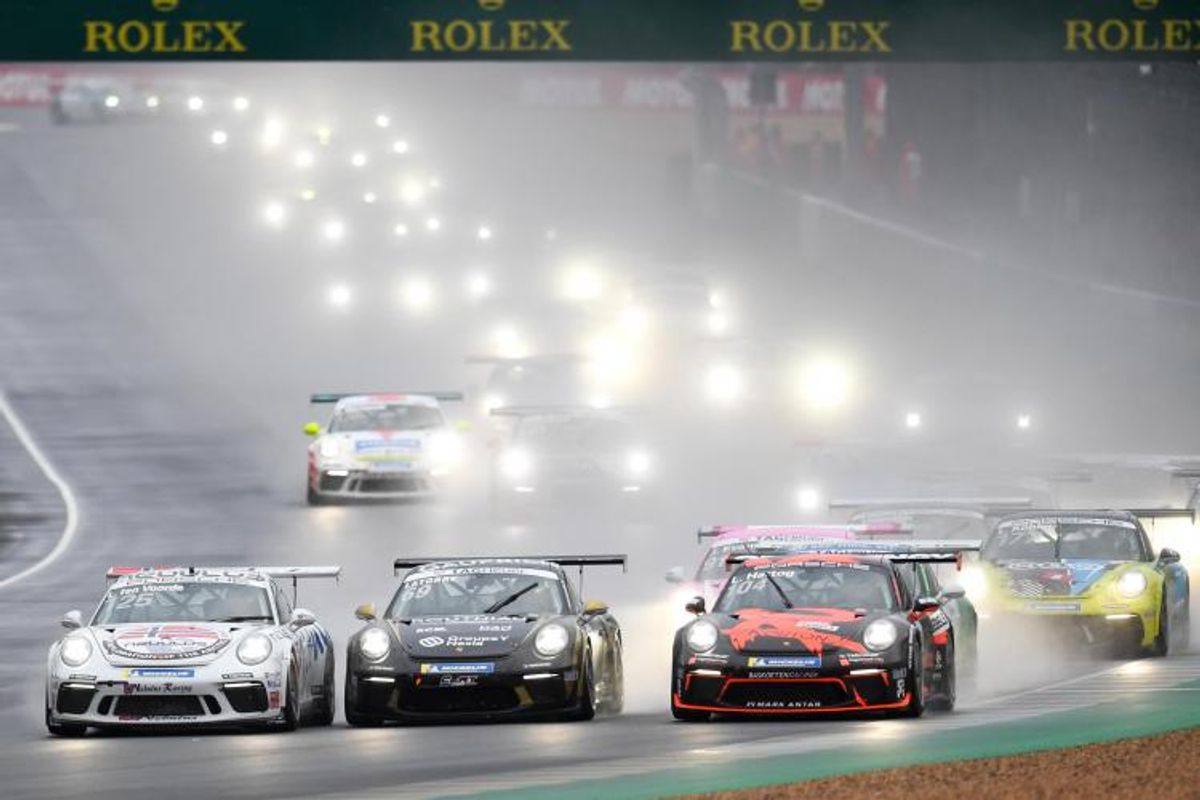 Drivers faced a wet track and light rainfall for the first time this week. After an extra formation lap imposed by Race Control, the Porsche field was released for the first race of the day. Polesitter Frenchman Florian Latorre lost his advantage from the start. Loek Hartog was quickest off the mark, while, seven – yes, seven – cars went straight on at the first chicane on the Mulsanne Straight.

In 10th place, Jean-Baptiste Simmenauer had a brush with Marvin Klein and span off. Meanwhile, Güven, Latorre and Köhler jostled for third place. The tussle was interrupted by a Safety Car period.

With 21 minutes left on the clock at the green flag, Larry Ten Voorde made a vain attempt to take the lead from Hartog in the first chicane. Köhler, in third, made a mistake and lost precious seconds, but overtook Lattore to clinch fifth place.

A badly managed yellow flag by the leader gave Ten Voorde and Güven the opportunity to get past.  Hartog completely lost his concentration and slipped down the standings before running into Evans in the Forest Esses. Out came the Safety Cars again.

After neutralisation there was only a lap to go. Ten Voorde led away shrewdly and put himself out of reach in the first corners. Almeras, Klein and Güven were neck and neck on the Mulsanne Straight but Klein manage to wrangle fourth place before the Corner. Just ahead, Köhler was bearing down on Ten Voorde but went wide going into the Porsche Curves leaving Dutchman Larry Ten Voorde to triumph.

Actor Michael Fassbender, invited to take part in the race, was 38th of the 50 finishers.