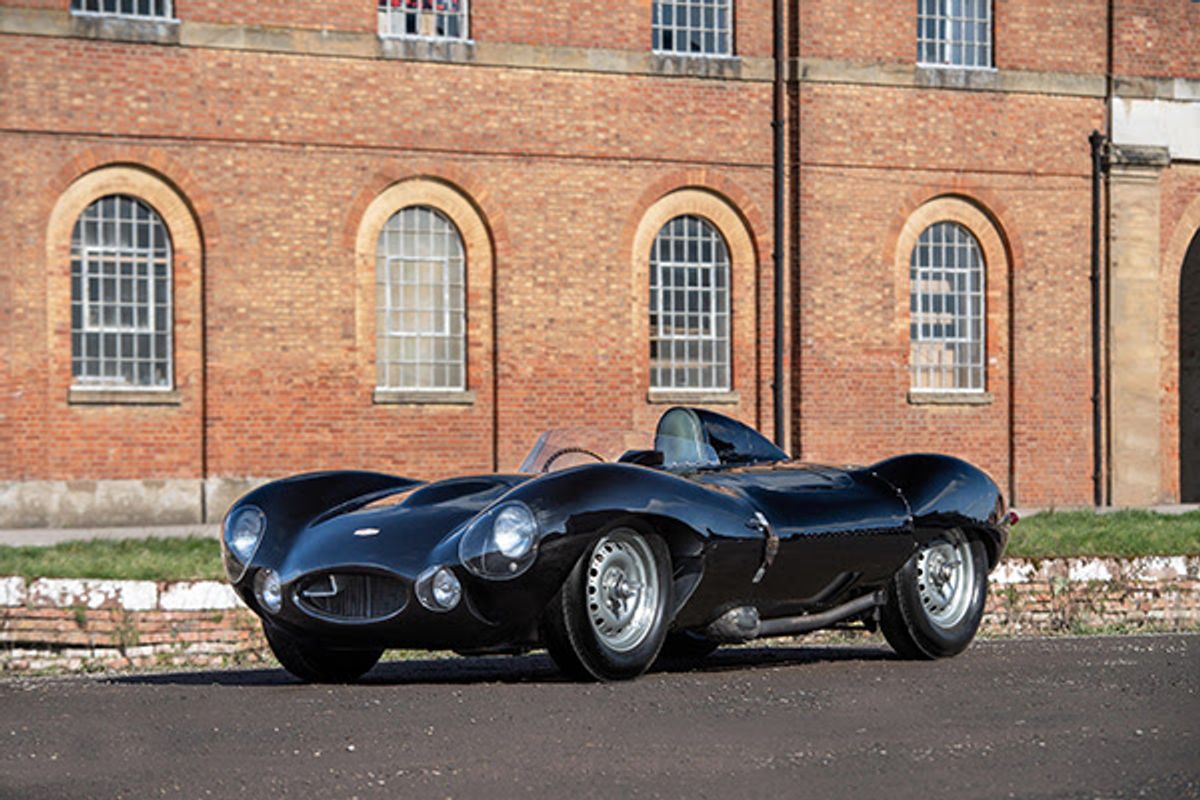 With only a few days to go until the Salon Privé Concours d’Elégance presented by AXA, the full list of entrants has been announced. Some of the greatest sports-racing cars of all time will line up on the pristine lawns of Blenheim Palace, and a significant automotive anniversary will be celebrated with a class of its own.

Among the entries in the keenly contested ‘Post-War Sports Racers’ class are no fewer than four hugely significant Ferraris. In 1949, a 166MM won the Mille Miglia in the hands of Clemente Biondetti and Ettore Salani. Two months later, the very same car – chassis number 0008M – took victory in the world’s most high-profile motor race, the Le Mans 24 Hours, courtesy of Luigi Chinetti and Lord Selsdon. It remains the only car to have won both of those prestigious and gruelling events in the same year.

The relationship between Maranello and Pininfarina has produced some of the most beautiful cars of all time, and the very first Ferrari Berlinetta to be styled by the renowned design house will also be at Blenheim Palace. Chassis number 0346M was raced in period by first owner Kurt Zeller at events including the ADAC 1000km at the Nürburgring, and it was the only 166MM to be bodied by Pininfarina. It will be joined by one of only 27 Ferrari 212 Export models ever made. Fitted with Vignale Spider bodywork, this 1951 example – chassis 0098E – was delivered new to Pietro d’Acquarone and raced extensively by his son Cesare.

The instantly recognisable yellow livery of Equipe National Belge and Ecurie Francorchamps graced Ferraris in international motorsport throughout the 1950s and 1960s. Delivered in April 1957, chassis 0682MDTR was the tenth of 19 500 TRCs built, and later that year Lucien Bianchi and George Harris took it to seventh overall – and class victory – in the Le Mans 24 Hours. It continued to be raced by its next owner, Sicilian Prince Gaetano Starrabba, and from the 1990s onwards has been a familiar sight in historic competition.

Jaguar was one of Ferrari’s main rivals during the 1950s, with the British marque being particularly successful at Le Mans. The D-type delivered three of the marque’s five wins at La Sarthe that decade, and the very first production example – chassis number XKD509 – is a welcome addition to the Salon Privé line-up. Dispatched from the factory in November 1955, XKD509 had busy competition career in the US and raced in the 1956 Sebring 12 Hours. Later owned by renowned British collector Nigel Moores, it’s a remarkably original survivor.

As the 1950s rolled into the 1960s, GT racing came to the fore as the sport’s governing body sought to reduce speeds and increase safety. That led to the development of great cars such as the Ferrari 250 GT line, the Jaguar E-type Lightweight and the Aston Martin DB4GT. The Aston made its debut at Silverstone in 1959 in the hands of Stirling Moss and went on to be a thorn in the side of the Ferrari 250 GT Short Wheelbase during 1960 and 1961. The car that will be on display at Blenheim Palace is chassis number 0127/R, which was delivered in 1960 and more recently raced in top-level historic meetings such as the Goodwood Revival.

Twenty-five years since the McLaren F1 GTR scored a stunning win on the marque’s debut in the Le Mans 24 Hours, a special class will be dedicated to the Gordon Murray-designed hypercar. Examples of both the short-tail and long-tail GTR will be on display – the short-tail chassis 13R was raced in Japan during 1996 by future Grand Prix winner Ralf Schumacher, while the long-tail 28R was the last GTR to be made and competed in the 1997 FIA GT Championship.


A very limited run of five McLaren Senna GTR LMs has been built to celebrate that 1995 Le Mans win, with each one finished in a different livery in tribute to the GTRs that finished first, third, fourth, fifth and thirteenth at La Sarthe. The car that will be at Blenheim Palace is finished in the iconic Harrods colours of the third-placed GTR, which was raced by Andy Wallace, Derek Bell and Derek’s son Justin. The hand-painted colour scheme on the Senna GTR LM took more than 800 hours to apply!

The Concours d’Elégance presented by AXA is the traditional curtain-raiser during Salon Privé Week and takes place on the Wednesday. The jury is led by Ed Gilbertson and is made up of some of the world’s most experienced and knowledgeable ICJAG judges.

The Best of Show, along with the inaugural Churchill Cup, will be announced on the Thursday, which is also Ladies’ Day by Boodles – when the elegance of the cars is matched by the stylish outfits on display. As a long-term partner of Salon Privé, Boodles will be offering a spectacular pair of ‘Be Boodles’ 18-carat rose gold drop diamond earrings to the winner of the Best Hat competition. Royal milliner Jess Collett will assist with the selection criteria.

While the event is internationally renowned for attracting the finest veteran, vintage and classic cars, this year also sees the greatest-ever gathering of hypercars and next-generation electric and hybrid vehicles. With no fewer than 21 new automotive models also being unveiled – of which four are global premieres – unrivalled hospitality, and the chance to indulge in some retail therapy courtesy of luxury brands offering everything from Boodles jewellery to fine fragrance, travel, aviation and interior design, this year’s Salon Privé Week promises to be the best yet!

IMPORTANT UPDATE
Salon Privé 2020 Refund Policy. This year, you can book your tickets with total confidence with the guarantee of a full refund should the event be cancelled.* On the other hand, should the Government impose maximum event guest numbers which sit above our bookings, we reserve the right to return monies on a last-in, first-out basis.
(*full refunds given in the event of cancellation, excludes private dining bookings)

COVID-19 SECURE
As one of the only large automotive events taking place this year, safety is paramount and organisers are taking precautions that go far beyond those set out by the British government.

Robust social-distancing measures and stringent systems will ensure that Salon Privé surpasses COVID-19 Secure guidelines. As a key element of this, it will be the first automotive event in the world to use LiberApp, the CI Group’s App that has been specifically developed for major event organisers to ensure everyone who attends is COVID-free before they enter and can be contacted, if required, post-event. The LiberApp enables you – and those around you – to know that you are in a COVID-free space.

Prioritising the safety and wellbeing of all is paramount and the hashtag #ComingTogetherKeepingApart will be widely used across the event. Hand sanitisation will be conducted for all first followed by temperature testing before entry into the event. Linked to the LiberApp, a green result sees you enter Salon Privé, while a red one sees you to the medical rooms where Team Medic will be on site for further evaluation. Within the event, Salon Privé have applied more than the government guidelines of 10m2 per person, fogging with Hypochlorous Acid (HOCl) four times a day inside all marquees, a team of cleaning professionals will continually clean with HOCl, socially-distanced dining will be applied, hand sanitiser available on every single table and champagne and fine wines will be brought to you at your tables to avoid any queueing at bar points.