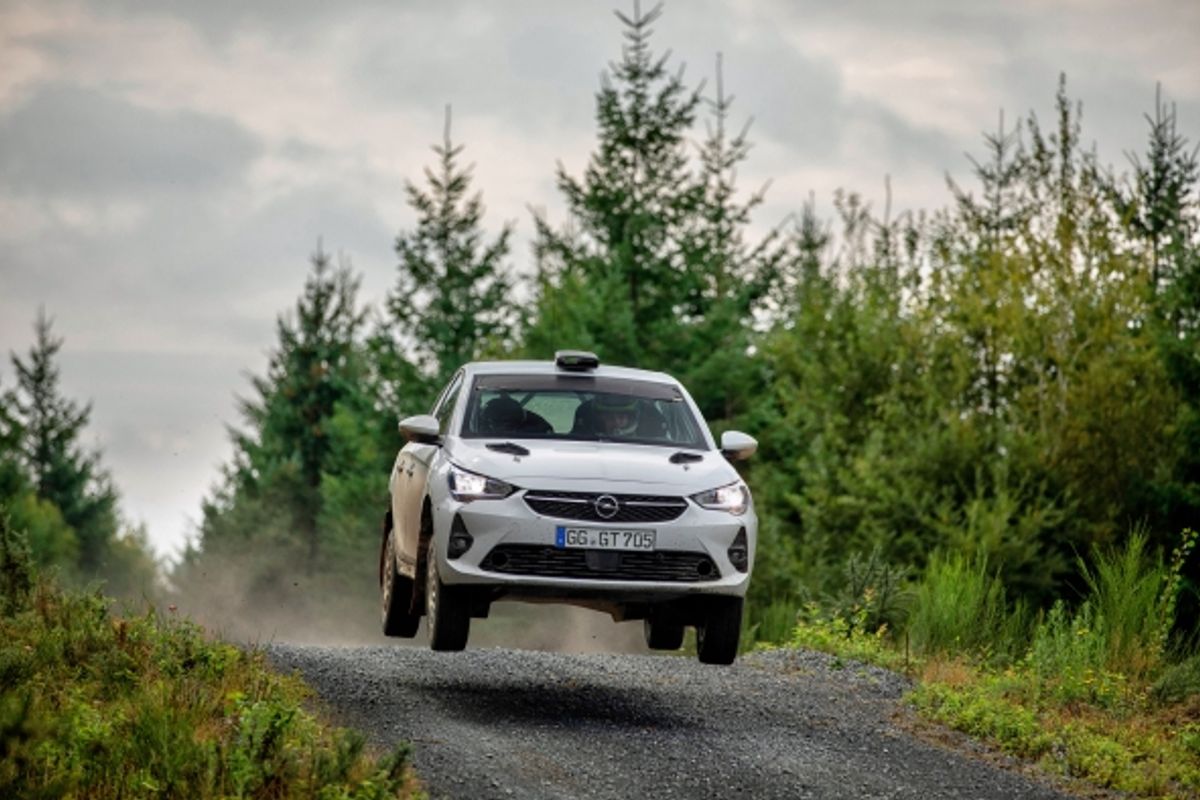 With the new Corsa Rally4, Opel is opening a new chapter in its successful motor sport history. The Corsa Rally4 is designed for national and international customer rallying and follows the ADAM R2, with which Opel won four European junior rally championship titles in a row between 2015 and 2018. In addition, since its homologation for the 2014 season, the ADAM R2 has taken more than 220 class wins, 530 podiums and 32 titles in national championships.

The Corsa Rally4 was developed according to Rally4 regulations, which replace the R2 class. Instead of the high revving, four-cylinder, naturally aspirated engine from the ADAM R2, the Corsa Rally4 has an extremely efficient 1.2-liter, three-cylinder, turbocharged gasoline engine. Based on the production power unit, the rally engine with Magneti Marelli ECU produces an impressive 208hp and 290Nm meters of torque. Power is transmitted from the engine to the front wheels via a three-way adjustable limited slip differential and a sequential five-speed gearbox. The rally suspension with Eibach springs and Öhlins shock absorbers is fully adjustable.

Following months of testing, Opel Motorsport and PSA Motorsport have carried out in recent weeks further extensive test drives with the Corsa Rally4 in the south of France. Over five days, the teams from Opel and PSA Motorsport again covered more than 1,000 kilometres on gravel and asphalt roads in changing conditions. The well-known test drivers Yoann Bonato and Marijan Griebel were highly impressed.

Opel Motorsport test driver Marijan Griebel, reached an all-round positive conclusion: “The Corsa Rally4 is very easy to drive and reacts well to changes in set-up. I immediately had confidence in the car. Thanks to the longer wheelbase, the Corsa is more stable in fast corners than the ADAM R2 and yet very agile. The turbo engine is great and feels very powerful, especially going uphill. Thanks to the higher torque and the much wider rev band, the driver has to shift less than with a comparable non-turbo. The traction is also very good. Altogether, the Corsa Rally4 is a capable, fast rally car. The test drives were very productive and I had a lot of fun.”

The homologation of the Opel Corsa Rally4 is due on December 1, 2020. The production of the customer cars begins immediately afterwards. The order books will then open. “Our customers can look forward to a fast, reliable rally car, just like the ADAM R2”, says Opel Motorsport Director Jörg Schrott. “The Corsa Rally4 was also developed with the lowest possible running costs in mind. That saves customers’ budgets and also ensures an optimum price-performance ratio.” Opel will announce price of the Opel Corsa Rally4 in the near future.

In the next step, the Corsa Rally4 will represent the second level of the joint promotion of talent by Opel and ADAC. The promotion begins with the ADAC Opel e-Rally Cup, where the best talents will progress to the ADAC Opel Rally Junior Team and the cockpit of an Opel Corsa Rally4. The drivers can then look forward to a demanding international programme in which they can take the next steps in driver development.