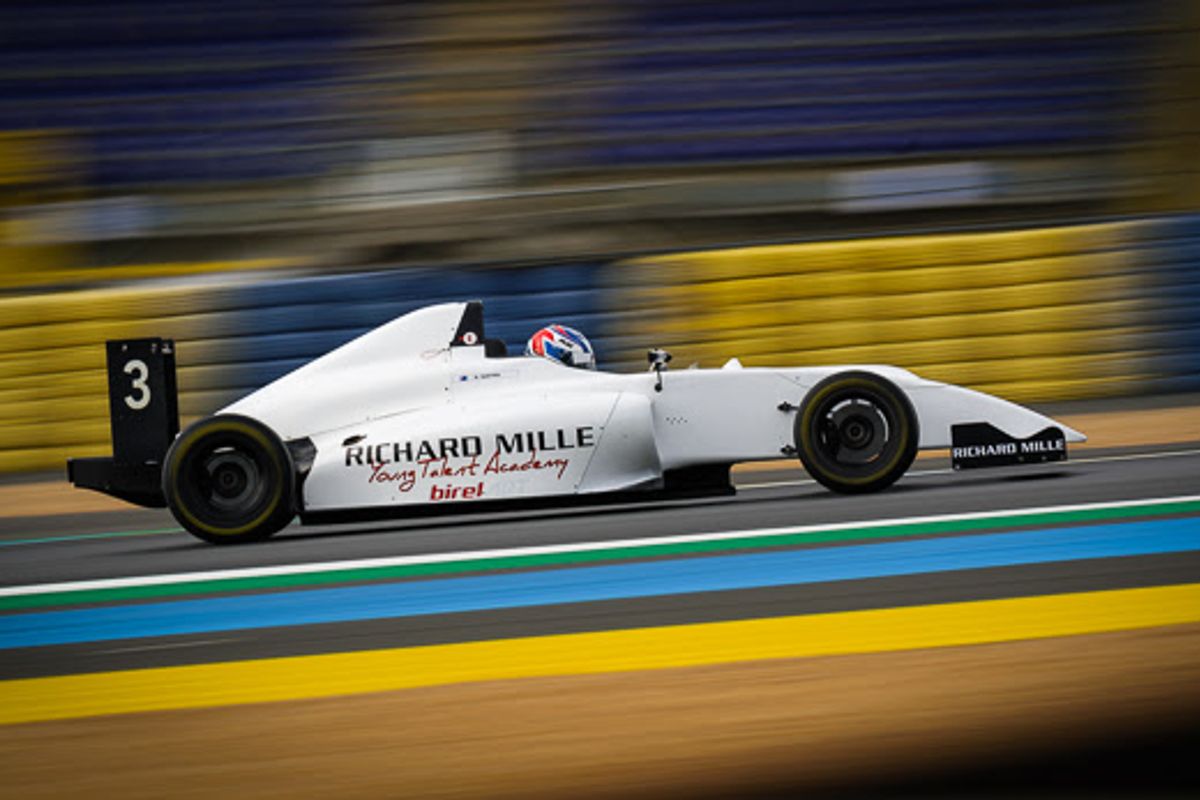 Despite a 2020 sporting season that has been disrupted by the Covid-19 pandemic, the third running of the Richard Mille Young Talent Academy was able to take place in Le Mans. The potential and motivation of the ten participants was very high this year so jury had to deliberate at length before awarding the scholarship to the young Australian Hugh Barter.

Selection of the Birel ART drivers was not easy with so few races in each country and travel from some countries still complicated. The Richard Mille Young Talent Academy was nevertheless still on the 2020 calendar to support the young karting hopefuls in their move to cars. Thanks to Richard Mille, ten young kart drivers racing in the colours of Birel ART were able to take part in two days of selection and training at the FFSA Academy and on the Bugatti circuit in Le Mans. The second positive point of this third edition was that the talent of the contenders was unquestionable.

Ten drivers selected by their respective Birel ART distributors or by the Birel ART Racing Team had the chance to meet up in France, on the Le Mans circuit site, on 12th and 13th October, to take part in this unique formula which is entirely free of charge.

Under the responsibility of the Formula Medicine team, they were first assessed physically and mentally in the FFSA Academy facilities. They then familiarised themselves with the layout of the Bugatti circuit on video and on a simulator with the advice of a French F4 instructor, prepared their position in the single-seater and discovered the details of its operation. This first busy day ended with an interview with the members of the jury composed of Morgan Caron (All Road Management), Riccardo Ceccarelli (Formula Medicine), Marc Antoine Chollet (Richard Mille), Debbie Gourdon (Richard Mille) and Ronni Sala (Birel ART).

On Tuesday morning, there was rain for the first runs in the FIA F4 cars on the Bugatti circuit. The perilous exercise was well mastered and after three sessions of 20 minutes each on the track, the best five were selected for the final stages. The sun quickly dried the asphalt of Le Mans and the cars were fitted with their Pirelli slicks for two more 20-minute runs in the early afternoon. The performances confirmed the impressions of the jury who selected Hugh Barter (AUS), Albin Karlsson (SWE) and Craig Tanic (FRA) for the very last session. This time, the choice was going to be more difficult with three very convincing drivers on the track. After a lengthy deliberation taking into account all the phases of the selection procedure, Hugh Barter was declared the winner of the 2020 Richard Mille Young Talent Academy.

Representing Richard Mille in Le Mans, who has been involved in RMYTA from the outset, Debbie Gourdon was responsible for announcing the jury's final verdict."I would first like to thank the FFSA Academy for its highly professional logistical and educational support. I would also like to thank Doctor Riccardo Ceccarelli and the Formula Medicine team for their decisive contribution to the progress of our operation. I also salute the collaboration with Birel ART and its president Ronni Sala who remains the founding element of this Academy. Finally, many thanks to All Road Management for the organisation and supervision of the event. Congratulations to the 10 participants of this third edition who all showed great qualities. During our deliberations, we reviewed all the points assessed during these two days. We felt that Hugh Barter had been the most consistent at each stage and his profile corresponds to our expectations in the field of young hopefuls that we wish to support towards the highest level of motor racing. We are delighted to be able to reward him by offering him the opportunity to take part in the 2021 French F4 Championship."

A word from the winner, Hugh Barter :
"The standard of the participants was very high. It pushed me to surpass myself and I gave my best in all the tests. I was exhausted after the physical assessments, which is normal! I started cautiously during the first F4 sessions in the rain as I only had the experience of a single-seater day in Australia and it was dry. I admit that I really like computer simulation games... but it's still a game, the real driving is quite different. The relationship with my engineer was very important. I took his advice into account to make progress, both on the wet track and on the dry. I am very happy to have won the Richard Mille Young Talent Academy. It's an incredible opportunity to be able to take part in the French F4 Championship next year. I would like to thank all the people who put their trust in me, starting with Michael Patrizi, as well as the members of the jury and Richard Mille for supporting young hopefuls like me."