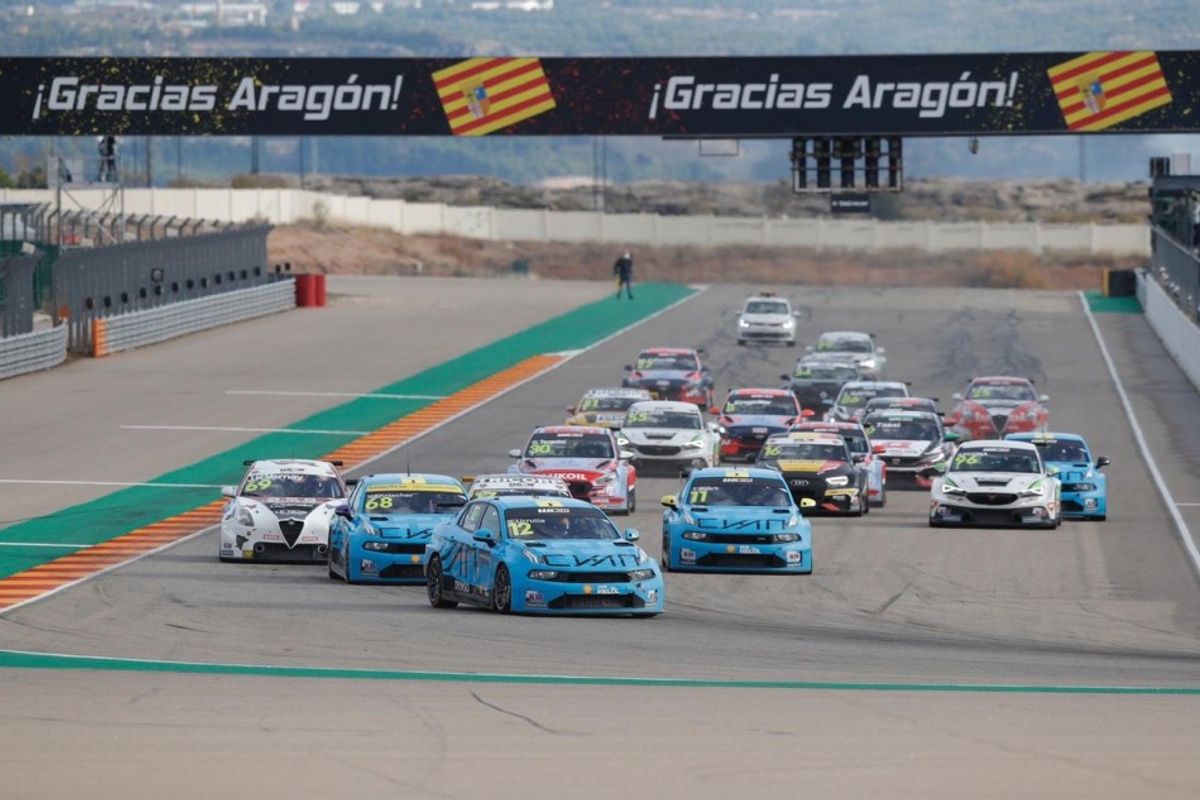 Santiago Urrutia clinched his first victory in the WTCR – FIA World Touring Car Cup by leading Race 3 at WTCR Race of Aragón all the way, as new King of WTCR Yann Ehrlacher* completed a Lynk & Co one-two in the final race of 2020.

Nathanaël Berthon, starting from third on the grid in his Comtoyou DHL Team Audi Sport Audi RS 3 LMS, was soon under pressure after the start, Vernay – who started fifth – making a great move to pass his French countryman on lap two. Thereafter, Berthon slipped back down the order, eventually finishing eighth.

“I was pushing a lot,” said a delighted Urrutia, the 10th different winner of the 2020 WTCR season. “I’d like to dedicate this first win to Cyan for believing in me. Without them it would be impossible to be here. To get a win in a world championship coming from so far away [Uruguay] means a lot. I still need more speed and to learn more things to be a world champion, but it has been an honour to race for this team this year.”

Behind the top three, the battle for who would claim second in the WTCR points played out between Vernay, Yvan Muller and Esteban Guerrieri – and the honour went to Muller.

Starting in P10, the four-time world champion moved up the order in the early stages to run sixth, then had a helping hand from fellow Lynk & Co-powered driver Thed Björk. The Swede made a move on the inside of Mikel Azcona’s Zengő Motorsport CUPRA Leon Competición, then slowed to allow Muller to pass both of them – gifting him the fourth place he needed to finish second in the points.

Guerrieri was also gifted a place by his team-mate Attila Tassi, but it was not enough to claim back the second place he held coming into the weekend. He finished the season with a P10 finish from P17 on the grid.

Azcona got back past Björk to claim fifth place, with 2019 King of WTCR Norbert Michelisz finishing his title defence in seventh. WTCR Rookie Award winner Gilles Magnus was ninth for Comtoyou Racing, ahead of Guerrieri.

*Subject to the publication of the final results