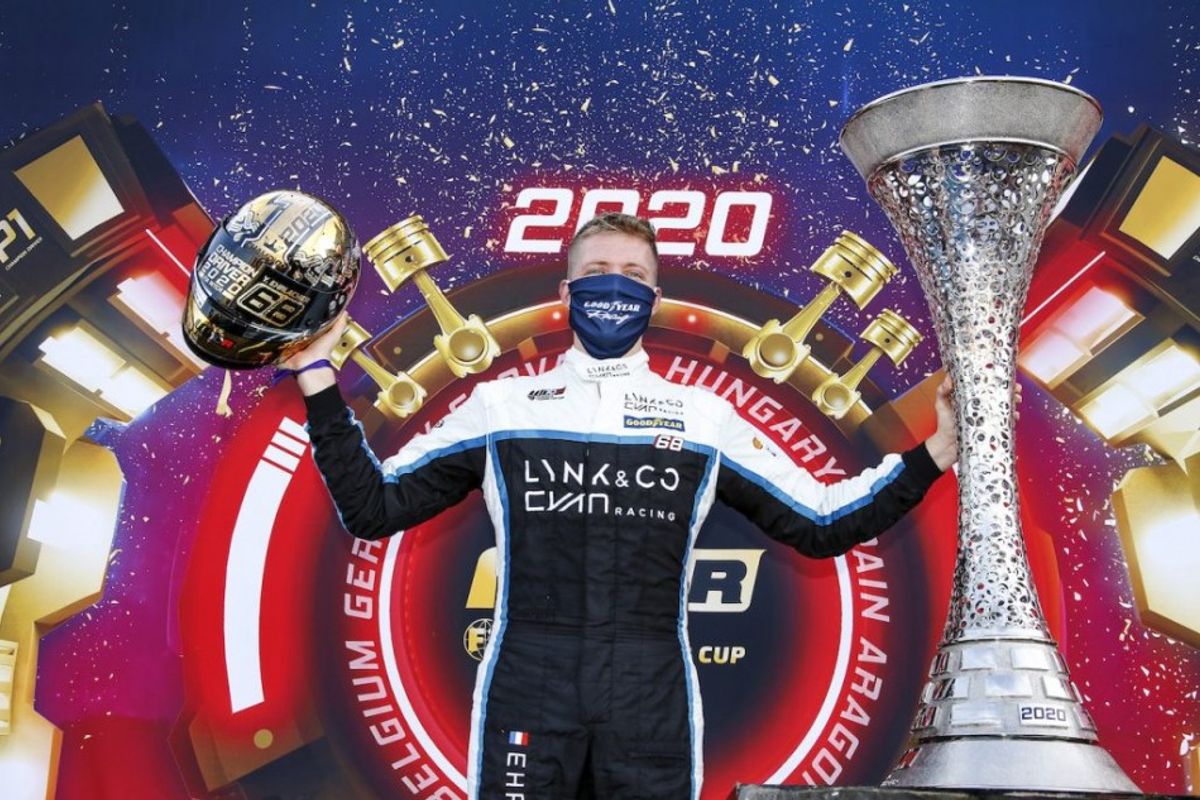 WHAT HE SAID PRE-SEASON?
“We start from zero again because 2019 is behind us and everyone has the same chance. We worked very hard during this pre-season. We started to work before the lockdown and we start to work after the lockdown to improve the car and fit the car with the Goodyear tyres. It’s all going in a good direction. I’ve prepared myself the best I could. I did a lot of training physically and mentally. I feel ready and the chances are quite high and maybe higher than they have ever been for me.”

WHAT HE SAID PRE-WTCR RACE OF ARAGÓN?
“Whatever will be the result at the end I will be happy about my season. We’ve won three races and shown a strong pace all season. But when you get something, you want more. When you get the lead from the first qualifying until now you definitely want it. I’m happy to be leading but with all this work we’ve done I want the big title. There is a bit of pressure but I try to ignore that.”

WHAT HE SAID AFTER WINNING THE TITLE?
“We’ve achieved something really big this year, together with Yvan [Muller, uncle] because he taught me everything from zero, I never drove any go-kart, anything, and seven years ago I was not in a race car. Now we are world champion and it’s unbelievable. That race felt like the longest 15 minutes of my life and the safety car made it even longer. Even there was still one race left to go you wanted to get the title as soon as possible and we are done.”

WHAT HE SAID ON THE PRESSURE AND EXPECTATIONS?
“I discovered part of myself that I didn’t know was existing. When you are home alone and you think about the general picture and say, ‘maybe in two weeks I will be world champion, maybe I’ll fail and never be world champion’. It’s quite difficult and then the pressure starts to build. It was important for me not to fail this weekend. I really wanted this and I was working hard to get it.”

WHAT HE SAID ABOUT BECOMING THE YOUNGEST FIA WORLD TOURING CAR TITLE WINNER?
“That’s a stat, the most important thing is that I have won star now and I am super-happy.”

WHAT HE SAID ABOUT THE ROLE PRE-SEASON PREPARATIONS PLAYED?
“Our preparations were key to make a good start to the season and to be in this position all year long with this yellow jacket for the Goodyear #FollowTheLeader. For sure my brain and my mental shape was stronger than ever starting the season and that’s what I needed and that’s what I was missing in the past.”

WHAT HE SAID AFTER ESTEBAN GUERRIERI WON RACE 1 TO CUT HIS POINTS GAP TO 16?
“It was hard, he did a really good job, cutting all my hopes in half. I knew I still had two races and it’s never over until the flag. He did a really good race this morning and I knew it would be complicated. I had to be strong mentally not to build any more pressure and we did it.”

WHAT HE SAID ABOUT NO #1 IN 2021?
“I’m going to keep my 68. Number one means a lot and it might show people you are the guy to beat, the driver who won the title in the previous year but I am proud about my number 68. I started racing with the number 68 and it means a lot to me from where I come from in France, Alsace. It’s not a question of thinking about it, I will keep number 68 for next season.”

FIVE FACTS:
Racing is in the blood… Ehrlacher’s uncle is none other than four-time World Touring Car champion Yvan Muller. His mother, Cathy, was a respected single-seater racer in her own right competing in Formula 3 and Formula 3000.

Success continues: Title success in French Supertourisme followed before Ehrlacher joined the LMP3 ranks in the European Le Mans Series in 2016, driving a Ligier JS P3 for his uncle’s team and winning his class at Estoril.

Quick learner: Ehrlacher scored WTCC points on his second weekend in the championship in 2017 and was a winner eight races later, claiming a standout first place for RC Motorsport in Argentina. The following season he scored two wins in WTCR and led the title standings after a highly impressive performance at WTCR Race of Netherlands.

Did you know? His father Yves is a former professional footballer who played for Strasbourg, Lens, Bastia and Mulhouse.