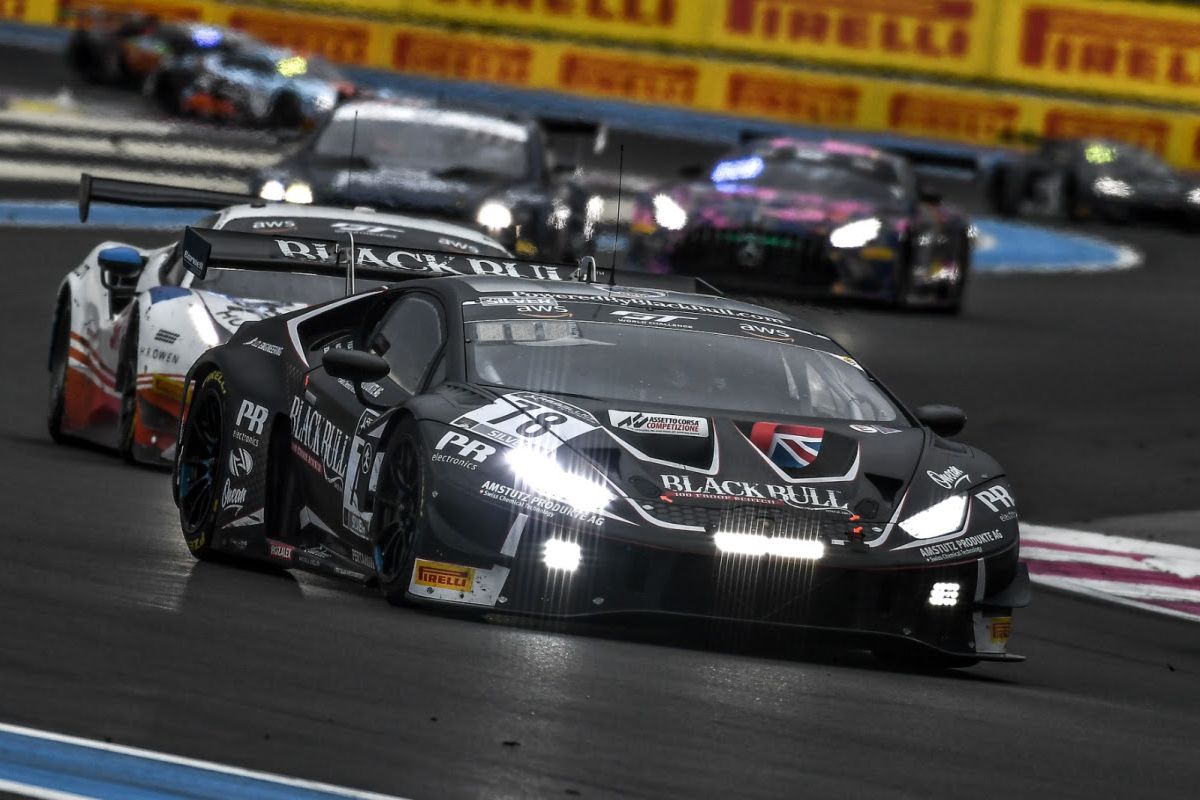 Alex MacDowall produced one of the very best drives of his career during the final round of the GT World Challenge Europe Endurance Cup at Paul Ricard on Sunday, 15th November, to help secure a fantastic class race victory in the six-hour contest and wrap-up a sensational Silver Cup title triumph.

MacDowall, with Barwell Motorsport team-mates Frederik Schandorff and Patrick Kujala, put together a near faultless season in the No.78 Lamborghini Huracan GT3 EVO and the trio’s second Silver Cup win of 2020 on Sunday means they win the championship by 31 points.

Going into the season finale at the French track a very healthy 17 points clear at the top of the class standings, MacDowall, Schandorff and Kujala still had to deliver and they most certainly did that with a remarkable performance – dominating the championship in the end.

“What a way to finish”, said the ecstatic Cumbrian, “To win the race and to win the championship, after a dramatic Spa [round three] where we should have won, to come back and to win this race is a dream come true. We were the most consistent driver line-up all year, so I think we’ve deserved it.

“It was a faultless race, the pit-stops, the team-work, and me and Fred [Schandorff] did a great job to make Patrick’s stint at the end as easy as it could be for him. We had the pace to win throughout this weekend – we smoked it! All year we’ve had the potential to win every race, all three of us deliver similar lap times and stint times so we’ve been a perfect combination.”

During Saturday afternoon’s qualifying session, which began as dusk started to set-in over the Le Castellet track, Kujala ran in the first of the three sessions and was fourth fastest in Silver with a lap of 1m54.786 seconds. In session two, Schandorff was a couple of tenths of a second faster than his team-mate with a terrific time of 1m54.525 seconds to go third in class.

In the third and final run, taking place under true night skies, MacDowall got behind the wheel of the No.78 Lamborghini Huracan and was a fantastic second in Silver with a lap of 1m54.729 seconds. On combined times, the Barwell trio secured second on the grid in class and 19th
overall.

Schandorff began Sunday’s six-hour encounter and although edged back to fourth in Silver and 22nd overall on a fairly chaotic first lap, where a number of cars made contact and ran wide, he swiftly hit back and by lap five he was into third in class. As the first round of pit-stops started around the one-hour mark, Schandorff remained on track and moved into the Silver lead and the outright top 10.

Pitting with 65 minutes of racing elapsed, the Dane handed the Lamborghini over to MacDowall and when the race order settled he was second in Silver and 17th overall. Putting together a sensational stint, the Cumbrian racer lapped faultlessly and on lap 51 he moved into the class lead.

Taking the opportunity to serve more pit-stops when the race was under Full Course Yellow Conditions and a subsequent Safety Car period due to a Bentley stranded on track in hour two, MacDowall emerged still leading the Silver class in 14th position overall.

Driving an inch-perfect race, the Briton was over 13 seconds clear of his closest pursuer with two and a half hours of action complete and also matching the performance of professional Audi factory driver Frederic Vervisch just a second ahead. MacDowall then pitted just before the three-hour mark, with Schandorff returning to the race as dark clouds began to deliver some rain.

Early in hour four Schandorff was second in Silver and 14th overall and after moving back through into the class lead on the damp and greasy track, his second stint came to an end with around two hours to go when he pitted to hand the Lamborghini over to Kujala.

Beginning his double-stint holding the Silver lead, Kujala was some 12.5 seconds ahead of the Tech 1 Racing Lexus with an hour and 45 minutes to go and into the final hour of action the Finn was more than a minute clear in the class battle. Following a final pit-stop early in hour six, and with dusk well and truly setting in, Kujala controlled everything to the chequered flag to seal a fabulous victory.

“I’ve got to thank everyone at Barwell for an amazing season, it’s a fantastic team and the car has been incredible all year – the Lamborghini really has been amazing to drive”, MacDowall said, “It’d be nice to be back in GT World Challenge next year but it’s too early to say yet, we’ll have to see.”