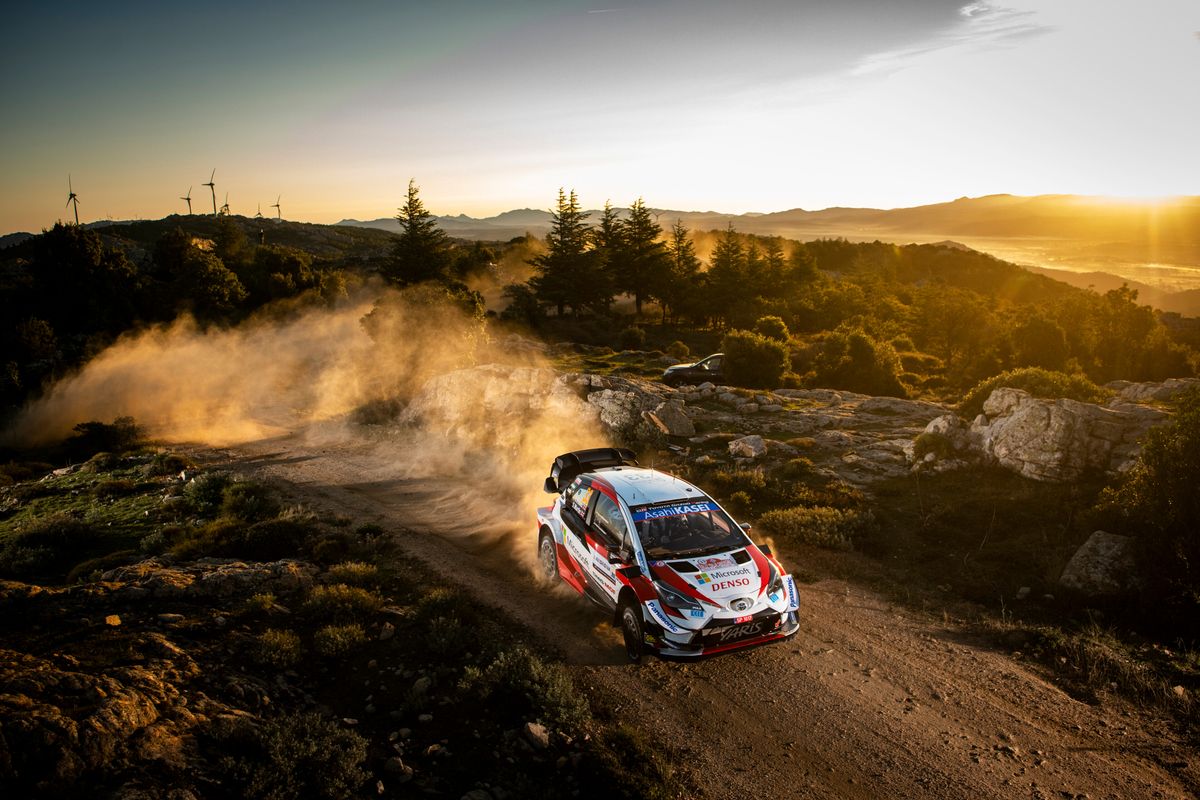 Nine titles up for grabs at Monza climax as Evans leads Ogier by 14 points.

Nine world titles are up for grabs as the FIA World Rally Championship heads towards an action-packed finale at Italy’s ACI Rally Monza (3-6 December) this weekend.

Honours remain to be decided in all four categories but the main focus rests on the outright championship. Four drivers can still win, with two teams battling for the manufacturers’ title.

Welshman Elfyn Evans starts favourite. He holds a 14-point advantage over Toyota Gazoo Racing teammate Sébastien Ogier, with a maximum 30 on offer. Evans is bidding for a maiden title, while his French colleague already has six to his name.

The rally is a late addition to a WRC calendar truncated by Covid-19. It mixes speed tests at Monza’s famous Cathedral of Speed circuit with tricky asphalt in the foothills of the Italian Alps, near Lake Como.

“It’s a brand-new event for me,” said Evans. “We have very different days between Friday, Saturday and Sunday so we have to be able to adapt our driving and the car to suit those different conditions.

“The championship is still very much wide open. We’re in a good position, of course, but nothing can be taken for granted. It’s still a narrow margin as far as the battle is concerned and we’re going to have to be at our best to finish the year in the position we are now.”

Like Evans, Ogier is in his first season with the Japanese squad and has little sealed surface experience with a Yaris World Rally Car.

“We haven’t really driven the car on asphalt since Monte-Carlo in January, so testing has been very important to get as much experience as possible. I feel like I have nothing to lose, so I don’t feel any pressure,” explained Ogier.

“We still have a chance to fight for the championship and, as long as we have a chance, we’re going to go for it. The plan is to go for the victory and let’s see if it is enough or not to win the title.”

Hyundai Motorsport duo Thierry Neuville and reigning champion Ott Tänak remain in the fight. Neuville is 24 points behind Evans, with Tänak’s grip on the title hanging by the thinnest of threads. The Estonian trails by 28 points.

Both will, however, be key to Hyundai’s bid to retain the manufacturers’ crown. The Korean team leads Toyota by seven points with 43 available.

The drivers’ and co-drivers’ titles will be settled in WRC 2 where Pontus Tidemand and Mads Østberg duel in a winner-takes-all battle. Marco Bulacia, Jari Huttunen and Kajetan Kajetanowicz fight for WRC 3 honours, while five drivers can claim the Junior WRC spoils.

The action begins at Monza on Thursday afternoon and title celebrations will begin on Sunday afternoon after 16 stages covering 241.14km.