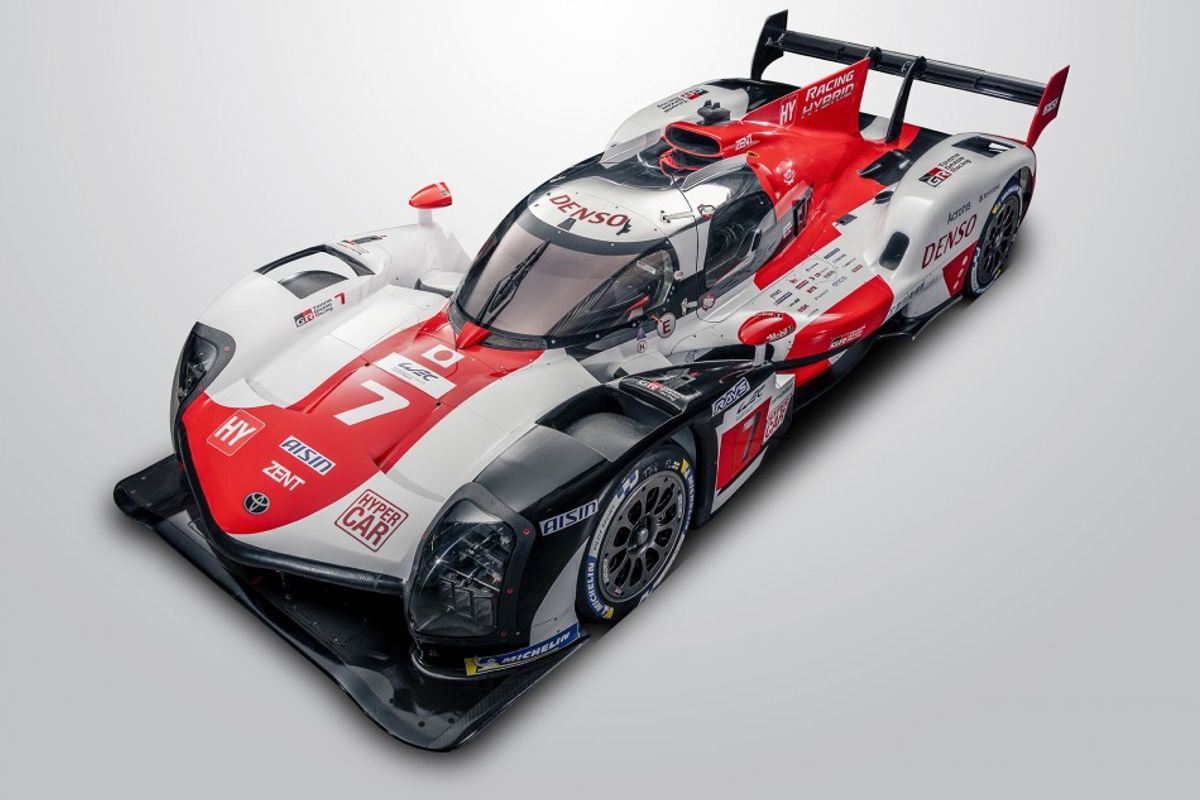 The reigning World Champions and three-time Le Mans winners will retain the same driver line-up which brought Le Mans and World Championship glory to the team in its 2019-2020 FIA WEC campaign.

Newly-crowned World Champions Mike Conway, Kamui Kobayashi and José María López will drive the No. 7 GR010 Hybrid while Sébastien Buemi, Kazuki Nakajima and Brendon Hartley will race with the No. 8 sister car. Nyck de Vries remains in his role as test and reserve driver.

The GR010 HYBRID is a prototype racer developed over the last 18 months in partnership by engineers at the team’s headquarters in Cologne, Germany and the electric hybrid powertrain experts at Higashi-Fuji in Japan. It incorporates a powerful four-wheel drive racing hybrid powertrain, with a 3.5litre V6 twin turbo engine.

The striking new look of the racing prototype reflects the appearance of its inspiration, the GR Super Sport Hypercar which made its public debut during a demonstration run and ceremonial trophy return at last year’s 24 Hours of Le Mans and is currently in development. To mark this new era for Toyota Gazoo Racing, a new livery includes the iconic GR lettering to indicate the strong link between race and road cars.

Pierre Fillon, President of the Automobile Club de l’Ouest, said: “Given the brand’s success in LMP1, it shows a commitment to endurance racing and their competitive spirit. Winners in LMP1, they are now going back to the drawing board with a different set of specifications and targets. It’s a whole new challenge. Having Toyota – an internationally renowned carmaker – in the field is a source of pride for the ACO. It means that as an event organiser we’re ticking the right boxes. To manufacturers like Toyota, the 24 Hours of Le Mans and endurance in general is a way of demonstrating their flagship products to the public.”

Richard Mille, FIA Endurance Commission President, said: “The Le Mans Hypercar has been in the works for quite some time now and the public unveiling of the first car built to this set of regulations, the Toyota GR010 HYBRID, is an important milestone not only for the manufacturer itself, but also for the FIA as the rule maker, the ACO, the promoter as well the community of the FIA World Endurance Championship fans worldwide. I’m very much looking to seeing the car competing this season as well as beyond it, following the development of this new era of endurance racing, as other competitors are set to join the fray in due course.”

Frédéric Lequien, CEO of the WEC, said: “First and foremost, we are delighted to see Toyota Gazoo Racing enter its ninth season in the WEC – they have been a tremendous support to the championship over the years and congratulations to everyone from Higashi-Fuji and Cologne for creating a truly magnificent machine. This is the start of an exciting new era for endurance racing and for hybrid technology as a whole, of which Toyota will remain an integral part. We wish the team every success in the remainder of its testing programme and look forward to seeing the new GR010 Hybrid make its race debut soon.”