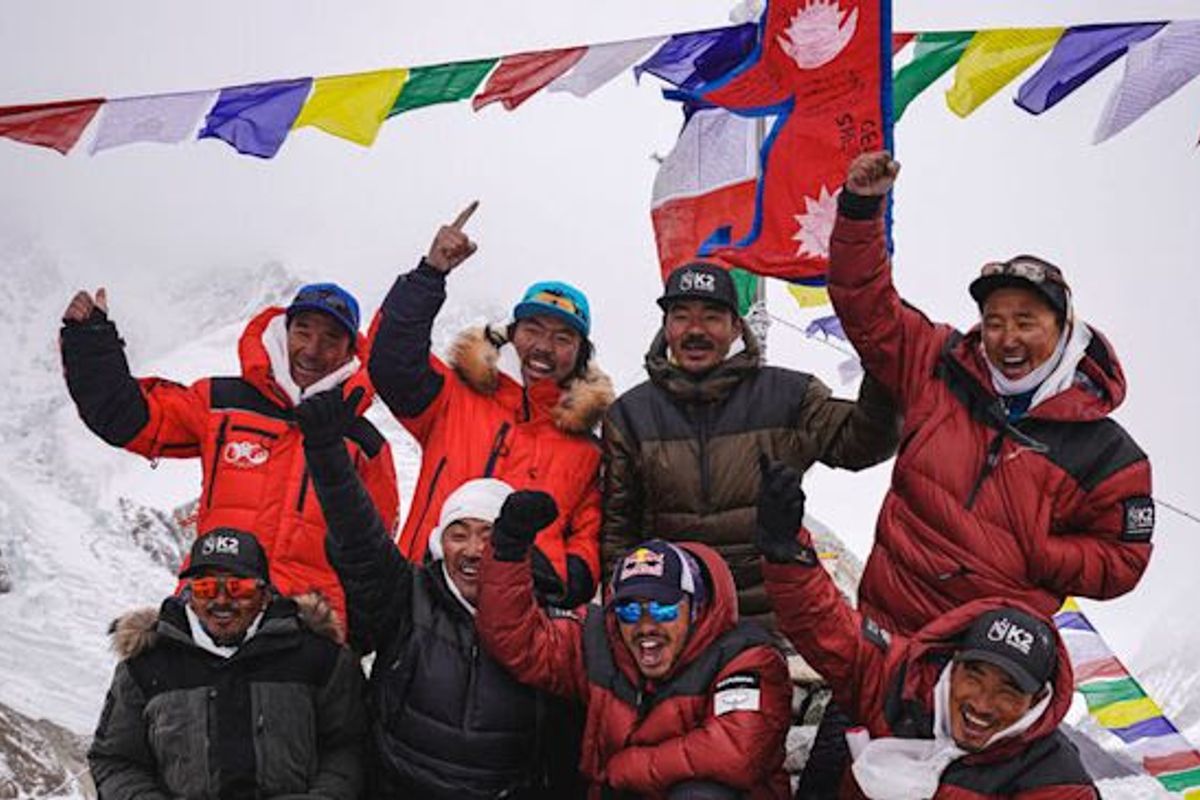 Ground-breaking mountaineer Nirmal ‘Nims’ Purja MBE has attained an incredible new world-record by summitting K2 as part of a collaborative team in the depths of winter. Until now, it was a record that was believed to be impossible to accomplish and was famously known as the ‘last great mountaineering challenge’.

- On January 16, 2021, at 5pm local time the former Gurkha and UK Special Forces operative and his team, along with Team Mingma G and one mountaineer from Team SST, officially became the first mountaineers to ever summit K2 in winter. A huge feat for the Nepalese climbing community.

- The whole team waited and then stepped onto the summit together while singing the Nepalese national anthem. The mountaineers climbed the Abruzzi route.

- Purja said: “What a journey. I’m humbled to say that, as a team, we have summitted the magnificent K2 in extreme winter conditions. We set out to make the impossible possible and we are honoured to be sharing this moment, not only with the Nepalese climbing community but with communities all across the world. Mother Nature always has bigger things to say and standing on the summit, witness to the sheer force of her extremities, we are proud to have been a part of history for humankind and to show that collaboration, teamwork and a positive mental attitude can push limits to what we feel might be possible. Thank you for the support we’ve received from people all around the globe, it gave us fire in our chest to make this goal a reality.”

- Standing 8,611m above sea level, K2 was the only 8,000m peak in the world that had never been climbed during winter. In fact, it was considered by many to be an impossible task due to the inclement weather conditions.

- Attempts on the mountain are normally made in July or August, during the warmest periods; only 280 people had reached the summit of K2 in a favourable Spring climbing season, compared to 3,681 who have made it to the top of Everest.