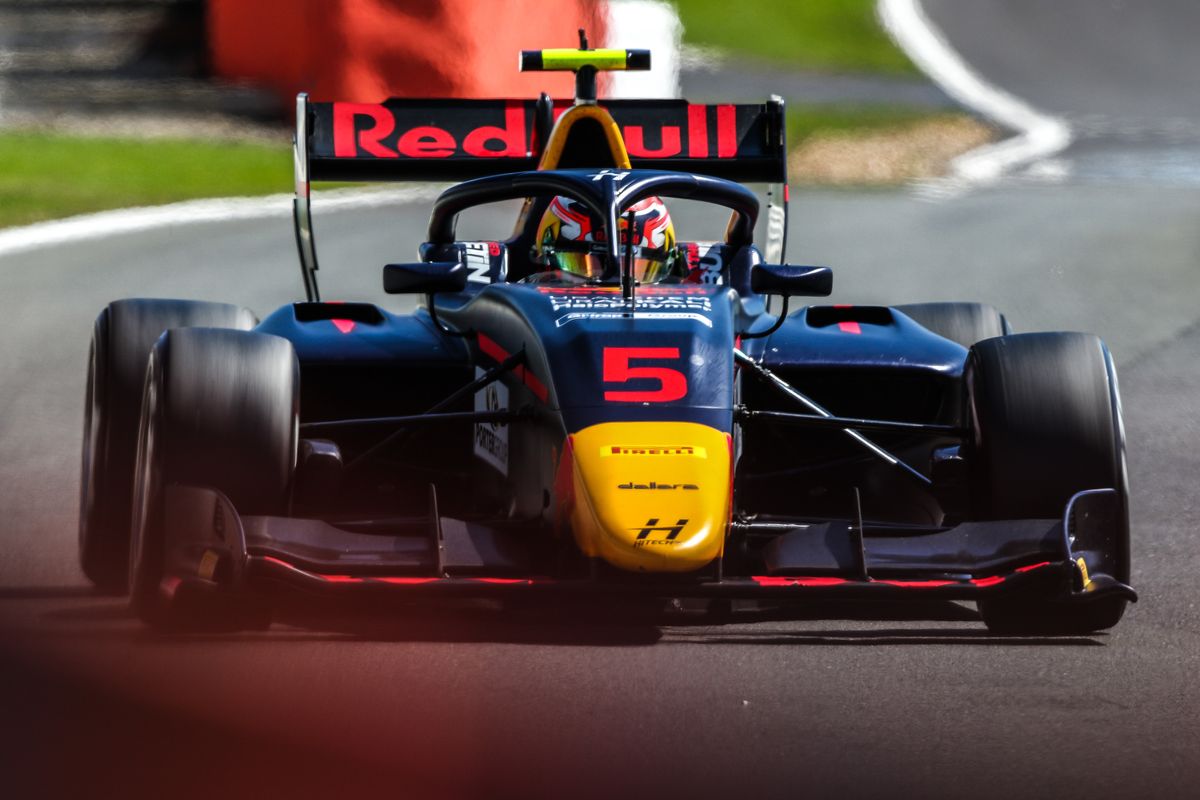 18-year-old Liam Lawson enjoyed a strong season in FIA F3 last year with Hitech, claiming three wins and fifth place overall in the standings. The Kiwi’s performance in the Bahrain F2 test with the team in December last year was proving ground as he got up to speed with the car. Joining him in the 2021 FIA Formula 2 Championship, Vips returns to Hitech following a fourth-place finish in FIA F3 in 2019 with the team. The Estonian driver had the call up to step in to F2 last year, contesting 8 of 24 races and claiming a podium and points in an impressive championship debut.

Ayumu Iwasa will partner Jak Crawford in the FIA Formula 3 Championship
French F4 Champion and Honda-backed Ayumu Iwasa makes his debut with Hitech as he steps up to FIA Formula 3. He joins 2020 ADAC Formula 4 runner-up Jak Crawford who also makes his step up to F3 with the team this year. Crawford joined Hitech in the post-season F3 testing last autumn in a strong showing. The third driver will be announced in due course. Iwasa will also compete in FIA Asian F3 for 2021 with Hitech, set to get underway on 29th January, across five rounds at Abu Dhabi’s Yas Marina Circuit and Dubai Autodrome.

Reflecting on his graduation to Formula 2, Lawson commented: “I’m excited to be racing in F2 with Hitech this year. Following two years of Formula 3, I feel prepared to be in this championship and do a good job for the team.

Speaking about the F2 test in Bahrain with Hitech last December, Lawson added,
"I learned a lot in the test and had a good feeling with the car. This being said, there's definitely still a lot more to learn, so I am looking forward to the challenge ahead!"

Juri Vips is ready for fresh opportunities ahead, as he returns to the Hitech squad:
“I’m really looking forward to working with Hitech again. We had a good year in F3 back in 2019, but we have some unfinished business together. They had a great season in their first year in F2 and I’m confident we will be able to fight for the title this season!”

Speaking about the season ahead, Crawford said, “I am very happy to spend the 2021 FIA F3 season with Hitech GP. I am excited to make a step up from F4 to compete in the competitive field of drivers. With the success the team has had in previous years, I hope I can achieve the same results and fight at the front of the field.”

Honda-backed Iwasa is prepared for the 2021 season as he enters two series with Hitech GP:
"I'm looking forward to the challenge ahead. Joining Hitech in both FIA F3 and Asian F3 will be exciting, and I will be able to learn a lot with the success the team have had over the years. I'll do my best to continuously achieve a good result."

Hitech’s Team Principal, Oliver Oakes, added,
“We are proud to continue our relationship with Red Bull for a third season.

It will see us bring two new exciting talents (Jak and Ayumu) into the FIA F3 grid, who have proven themselves with strong results in Formula 4.

Alongside seeing Liam step up to F2 with us after a strong performance in the Bahrain F2 Test and Jüri coming back home to Hitech who we know well from 2019 in FIA F3.

It’s an exciting pool of drivers and we look forward to fighting for victories on track across F2, F3 and the Asian F3 Championship.”