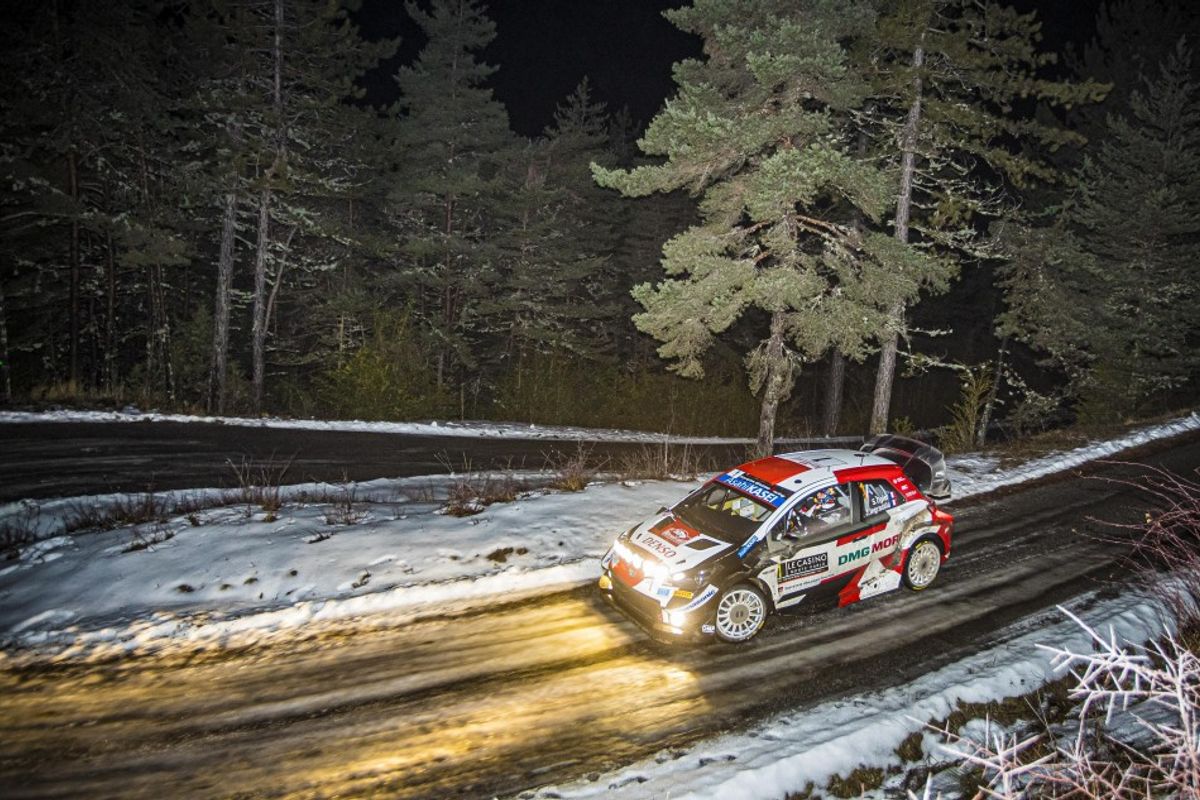 Sébastien Ogier won all three Friday morning speed tests at Rallye Monte-Carlo to charge into the lead of this opening round of the FIA World Rally Championship.

With the brake problem that hindered him yesterday resolved, the Frenchman was imperious through the mountain special stages west of Gap, returning to service with a 11.3sec advantage over Toyota Yaris team-mate Elfyn Evans.

Starting fifth and almost 17sec down after yesterday’s appetiser, Ogier climbed to third by winning the opening test in darkness from Aspremont to La Bâtie-des-Fonts. He snatched the lead in Chalancon – Guimane and stretched it in Montauban-sur-l’Ouvèze – Villebois-les-Pins.

Evans admitted he was too cautious in the tricky conditions but two second places and a third across the three stages represented a strong morning for the Welshman.

Overnight leader Ott Tänak was third, 13.5sec adrift of Evans, in a Hyundai i20. He complained his car was losing power in hairpins.

Kalle Rovanperä made it three Yaris cars in the top four. The Finn, lying second overnight, took the lead after the opening test despite a brief stall. A mix of progressively worsening road conditions and a 10sec penalty for arriving late at SS4 dropped him down the order.

Most drivers opted for a mix of four Pirelli supersoft and two studded tyres. The spikes were ideal for the opening test, which contained 4km of ice at the top of Col de Carabes, but the supersofts were best for the cleaner tests which followed.

Hyundai i20 team-mates Thierry Neuville and Dani Sordo were exceptions to the rule. They selected three of each and toiled with a studded winter tyre on the cleaner roads.

Neuville admitted he was really struggling on the snow tyre in SS5 and had a spin towards the end. In the previous test, he drove without any pace-note updates after his safety crew was delayed and unable to drive the stage ahead of the competitors.

The Belgian was fifth, half a minute down on Rovanperä, with Sordo another minute further back. The Spaniard had little confidence in his car’s handling due to his tyre choice.

Pierre-Louis Loubet and Takamoto Katsuta completed the top 10, the Japanese driver overhauling a frustrated Gus Greensmith in the final stage. The Briton rued his choice of soft rubber, lacking any grip in the wet sections.