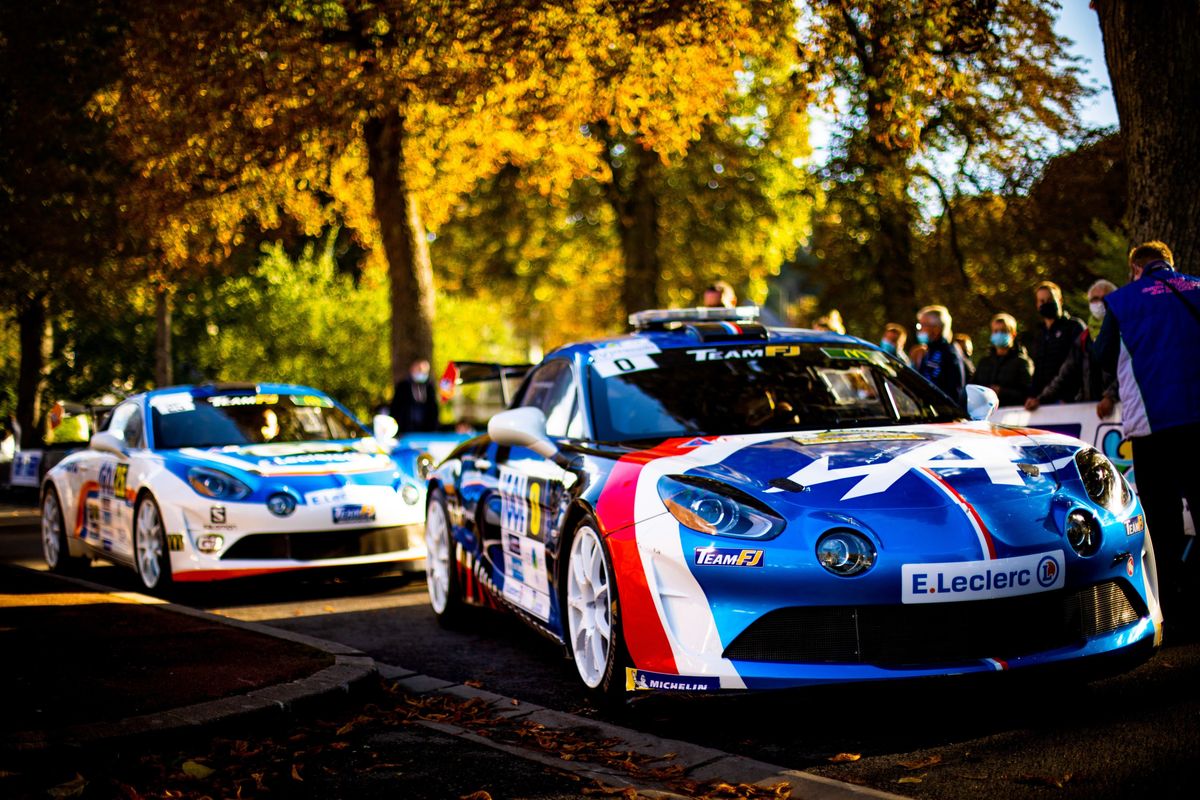 After an outstanding debut in the French Rally Championship in 2020, the Alpine A110 Rally and its crews will now battle in the Alpine Elf Rally Trophy.
The Trophy will be run over five rounds of the 2021 FFSA French Tarmac Rally Championship, starting with the Rallye Antibes Côte d’Azur.

In line with Alpine’s global involvement in motorsport, Alpine’s customer racig programme will be stepped up in 2021 with this new offer to complement the array of competitions open to drivers sporting the A Arrow emblem.

Nearly a year after its victorious debut on the national scene, the Alpine A110 Rally will have a trophy of its own in five rounds of the French Championship, all intimately linked to Alpine's history.

The opening round of the calendar will be at the Rallye Antibes Côte d’Azur. The crews will then meet up for Rallye Aveyron Rouergue Occitanie. Following the summer hiatus, Rallye Mont-Blanc Morzine will mark the half-way point of the season. Rallye Cœur de France will follow and Rallye du Var will conclude the 2021 campaign.

To ensure technical fairness between competitors, technical support will be provided by Signatech Automobiles and a spare-parts service will be on site at every round.

The top six at each round will score points according to the 20-15-12-10-8-6 point scale while the top four results of the year will count towards the season-ending general classification.

Thanks to the contribution of official Alpine Elf Rally Trophy partners Elf, Michelin and Bahco, a generous prize-scheme totalling more than 55,000€ will reward the top five in the general classification and the highest finishing Gentleman entry at each rally.

At the conclusion of the season, the winner of the inaugural Alpine Elf Rally Trophy will receive 5,000€ worth of prizes as well as a 5,000€ voucher for parts from the Signatech Automobiles store. The winner of the Gentleman Trophy will also be rewarded.

In addition, competitors entered for the entire Alpine Elf Rally Trophy will also have the opportunity to battle to succeed Manu Guigou in the FFSA French Two-Wheel Drive Championship as they will receive an entry for the season in this category.

Philippe Sinault, Signatech Director: "We are delighted to launch the Alpine Elf Rally Trophy after having been forced to postpone it last year as the health situation was far from offering a stable environment. In the meantime, however, we have seen the exceptional potential of the Alpine A110 Rally on the national and international scene and we have every reason to believe that this trophy will offer a great show on rallies echoing the rallying history of Alpine. Just like the Alpine A110 Rally, the Alpine Elf Rally Trophy is intended to be accessible to as many people as possible and is aimed at both experienced competitors and gentlemen willing to have a great time. We hope to see many crews take part in this exciting new adventure on the best special stages our country has to offer!”