The Race Retro Live Online Auction will showcase a significant number of beautiful modern classics, all of which will be offered on Saturday 27th  and Sunday 28th March 2021.

Modern classics from recent decades are confirmed for Race Retro including this 2001 Bentley Continental R Mulliner Coupe Wide Body. This stunning example is 1 of just 131 examples produced and historically significant as one of the last hand-built Bentleys produced before the company's acquisition by Volkswagen. A rare low production model and in a very desirable specification with just 43,809 miles covered.

Another modern classic to showcase in the Race Retro auction is this 2001 Bowler Wildcat 200, subject to an extensive programme of mechanical and cosmetic works. The Wildcat can do 0-60mph in 5.5 seconds and at 1,450kg weighs the same as a Ferrari 360! This striking car has been the winner of multiple events such as the 2006 Baja de France, 2006 Baja GB (National Category) and the Scottish Hill Rally.

Gary Dunne Sales Controller for Silverstone Auctions added “The standard of modern classic cars in this sale is absolutely fantastic once again, with a number of rare, highly desirable, unrepeatable cars. We are looking forward to bringing another superb catalogue of cars to the market for our tenth year as the official auction partner at Race Retro!”.

Confirmed for the sale are two star cars including, the ultimate modern-day 2011 Ferrari 599 GTO. With one of only 599 examples ever made and just two owners in total, this Ferrari has covered just 2,577 km (1,601 miles); it has never seen rain and is in superb condition throughout. With a high specification and presented in gleaming Rosso Corsa – what is not to like? The other star confirmed at Race Retro is this one of sixty, UK supplied 2011 Ferrari 599 GTO (Classiche). This superb Ferrari benefits from Classiche Certification with the sought after Red Book and has less than 10,000 miles from new. The legendry 6-litre V12 offers 661bhp and 208mph – the exclusive limited-edition road car released in 2010 is highly sought after and for all the right reasons. 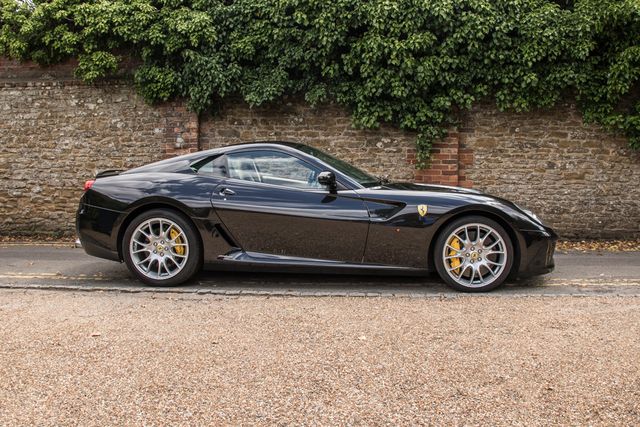