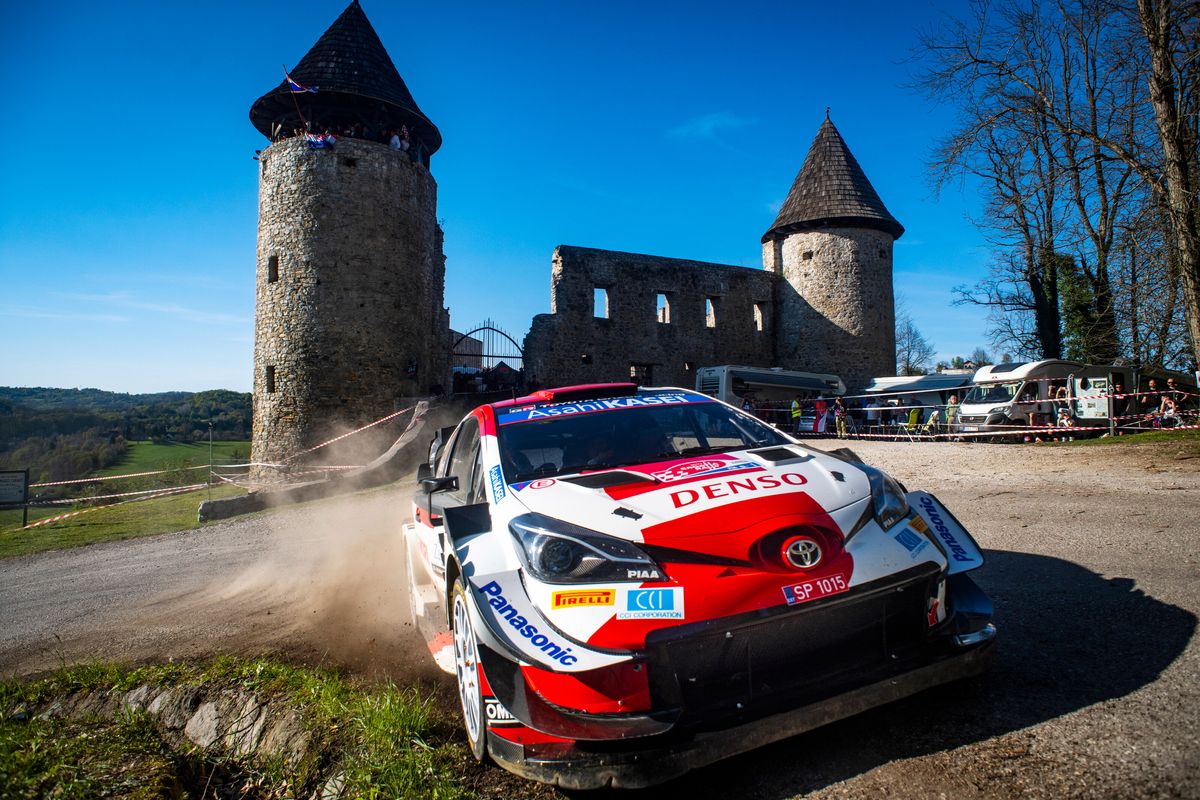 In a day of many twists and turns – literally and metaphorically – the world champion completed the longest day of this third round of the FIA World Rally Championship with a 6.9sec advantage over Toyota Yaris team-mate Elfyn Evans.

Opening day leader Thierry Neuville was relegated to third after a troubled morning, but the determined Belgian closed to within 10.4sec of Ogier in his Hyundai i20 after a better afternoon.

The day’s dramas began early this morning in the Zagreb service park when Ogier and Evans opted for Pirelli’s hard compound P Zero tyres. Neuville chose a mix of hard and soft rubber in the belief they would be better-suited to the cool temperatures.

Dry roads and a climbing thermometer meant the hard tyres provided better grip. Neuville lost the lead in the opening speed test as the rear of his i20 repeatedly slid off the optimum line. He stalled his engine in the following test and brake problems added to his woes.

Neuville was almost 20sec off the lead but was thrown a lifeline when a rear right puncture cost Ogier 10sec in the afternoon’s opener. Both won a stage and shared fastest time in another, while Evans’ consistency kept him in the hunt and set up a compelling final day.

“I think we had a really good result today,” said Ogier. “Without the tyre issues, the gap would be a little bit more comfortable, but it isn’t so I won’t talk about that. We just have to keep driving the same way tomorrow and stay out of trouble. It’s going to be a fascinating day.”

Ott Tänak was fourth, almost 30sec further back in another i20. Having made the same tyre choice as Neuville, the Estonian was unable to match the leading trio but had almost a minute in hand over Adrien Fourmaux’s Ford Fiesta in fifth.

The Frenchman was again impressive on his top-flight debut, twice setting second fastest times to stretch his advantage over team-mate Gus Greensmith in sixth. The Briton was despondent after a difficult morning, but his pace improved this afternoon.

Four more stages lie in wait in Sunday’s finale. Two tests are repeated, the opener driven on Medvednica mountain north of Zagreb and the longest of the rally. They add up to 78.58km with the final Wolf Power Stage offering bonus points for drivers and manufacturers.