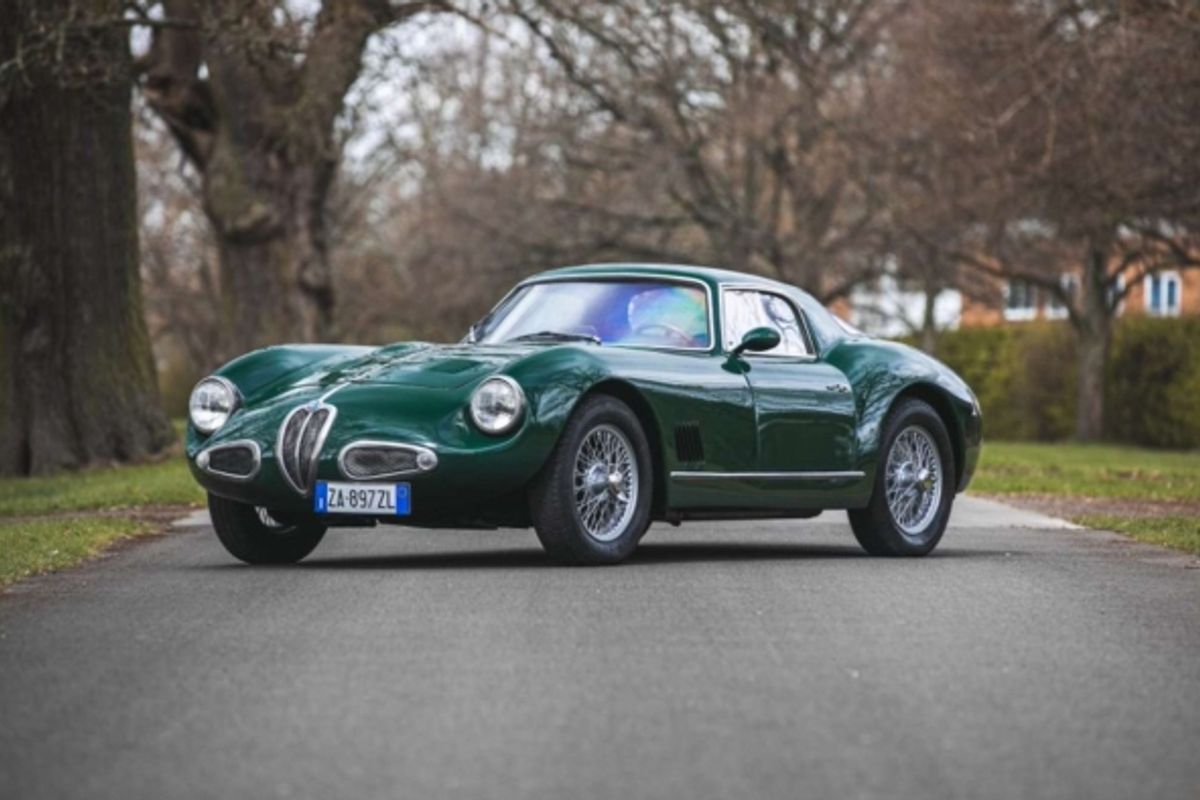 The May Sale will showcase a variety of exceptional modern cars and iconic classic cars, all of which will be offered on Saturday 22nd May.

One striking supercar going under the hammer, with just 1,000 miles from new is this 2018 Ford GT. This UK-supplied left-hand drive is offered from single ownership and is superbly finished in a subtle shade of Liquid Grey with Ingot Silver stripes. This is number 2 of the first 11 production cars which were allocated to the UK-market. This striking example was ordered from new and registered to Alan Mann Racing – a legendary name that’s synonymous with racing GT40s and Le Mans.

Believed, but not confirmed, to be possibly one of eight produced by ATL on the shores of Lake Como is this beautiful 1965 Alfa Romeo 1900 ATL Sport Coupe. The stunning handmade Aluminium bodywork is laid over the top of a ‘Superleggera’-style steel tubing framework. Silverstone Auctions are offering an unmissable opportunity to acquire an artisan-built sports Coupe created to celebrate Italian styling at its very best.

Gary Dunne Sales Controller for Silverstone Auctions added “We are delighted with our superb, confirmed line-up with more going live on our website in the coming days. The countdown to our catalogue closing has begun; to be a part of our printed catalogue which reaches thousands of customers, entries need to be submitted by the 4th May. Entries submitted after this date will still be a part of our e-catalogue if they are submitted prior to the 10th May.”

Also confirmed for the sale is this 1967 Aston Martin DB6 Mk1 Volante to Vantage Specification. The very pinnacle of British open-top motoring in the 1960s, this beautiful DB6 Volante has, at some point, been fitted with a manual gearbox and upgraded to ‘Vantage spec’ ensuring that, once returned to the roads, this will be a real driver’s car to use and enjoy. This original right-hand drive Mk1 was originally delivered in Sierra Blue with a lovely grey interior and a matching convertible roof, specified from new with Borg-Warner automatic transmission.

Also going under the hammer in The May Sale is this 1999 Subaru 22B-STi Type UK. One of just 16 of the Subaru UK officially imported examples, this is believed to be the 16th car; with just 10 or so still remaining - this really is the ‘Holy Grail’ of the 22Bs. This exceptional example has been owned by Silverstone Auctions’ vendor for the last 18 years with two previous owners and just 49,000 miles. This specific car is very well-regarded within Subaru circles, appearing in ‘Car’, ‘Auto Express’ and ‘Modern Classics’ magazine. The car won Best OEM example of the day at JapFest/TunerFest at Brands Hatch last September. Silverstone Auctions are privileged to offer for sale such a rare and special car, considered by many as the ‘ultimate Subaru’ for the road.