Porsche has won the opening round of the FIA World Endurance Championship (WEC) at Spa-Francorchamps. Works driver Kévin Estre from France and Neel Jani from Switzerland drove a commanding race in the No. 92 Porsche 911 RSR to claim victory in the hotly contested GTE-Pro class. For Estre, who had already dazzled at Friday’s qualifying with a record lap, this marks the second win in a row at the six-hour race in Belgium. Jani triumphed at his first outing with the Porsche GT Team. The sister car driven by their brand colleagues Richard Lietz (Austria) and Gianmaria Bruni (Italy) crossed the finish line in fifth place after a difficult race.

In sunny conditions and temperatures of around ten degrees Celsius, Estre left no doubt of his intention to secure another victory at Spa right from the start. The 2018 Le Mans class winner fended off his rivals’ attacks in the first lap and proceeded to pull clear at the lead. The Frenchman tapped the full potential of the Porsche 911 RSR and after two laps had opened up a gap of around 15 seconds. Not even an early pit stop due to a puncture could throw Estre off his game. Neel Jani, the 2016 overall winner of the Le Mans 24-hour race, followed up with a powerful performance at his first race in the GTE-Pro class and handed the car back to Estre still in first place. The Frenchman then brought home a secure victory with an advantage of about 35 seconds.

In the sister car of the winning team, Bruni and Lietz were plagued by bad luck. First, the No. 91 car got caught in heavy traffic on the 7.004-kilometre racetrack, then they were hampered by a puncture. A shunt from a Hypercar about halfway through the race resulted in the rear section of the car having to be replaced. Under these circumstances, only fifth place was possible.

Alexander Stehlig, Head of Operations FIA WEC: “We began this season as we concluded last year – with a win. It was an intense race with several punctures, most of which were caused by debris left on the track. It’s a shame that the number 91 car was shunted by a Hypercar. The resulting tyre blow-out ultimately threw the crew out of contention for a podium spot.”

“We can hardly wish for a better start to the season. In qualifying, the Porsche 911 RSR set a lap record, in the race, Kévin and Neel were untouchable. Unfortunately, the teammates in the number 91 car experienced a lot of misfortune. Still, based on their lap times, we clearly saw how much potential our car has,” concluded Pascal Zurlinden, Director Factory Motorsport. “Our customer teams were very unlucky at Spa today. I’m sure that we’ll see a significantly better result in the GTE-Am class at the next round in Portugal.”

Porsche’s customer teams had to cope with many setbacks during the event in Belgium. The No. 88 Porsche 911 RSR fielded by Dempsey-Proton Racing was on a steady course for the podium over long stretches, but was handed a drive-through penalty with five minutes left to the flag. Local hero Alessio Picariello, Andrew Haryanto from Indonesia and Germany’s Marco Seefried concluded the race fifth in their class. The No. 77 sister car retired half an hour before the finish with an electronic defect. Prior to this, works driver Matt Campbell had given an impressive show: During his first stints, the Australian ploughed through the field from the last grid spot to the top. His teammate Jaxon Evans from New Zealand and team owner Christian Ried (Germany) followed up with steady laps at the wheel of the ca. 515-hp racer.

The GR Racing squad was unable to even start the race. On the way to the pre-start, Britain’s Michael Wainwright damaged the vehicle in an accident. The damage could not be repaired in time for the start of the race. The customer team Project 1 had withdrawn both 911 RSR from the race after accidents during test drives and the qualifying session. The team from Germany will be back on the grid at the next race.

Round two of the World Endurance Championship WEC will be contested on 13 June at the Autódromo Internacional do Algarve in Portimão, Portugal.

Drivers’ comments on the race
Kévin Estre (Porsche 911 RSR #92): “This race wasn’t nearly as easy as it might have seemed from the outside. Both cars got punctures. The early wheel change meant we lost our pit stop rhythm, which may have resulted in an additional stop. So, it really hung by a thread. Everything worked out in the end and we crossed the finish line as the winners. Neel did a terrific job at his first stints in the Porsche 911 RSR in the WEC and maintained the lead. That was fantastic.”

Neel Jani (Porsche 911 RSR #92): “Victory at my GT debut in the FIA WEC – that’s awesome. It couldn’t have gone better. When Kévin had to pit earlier than planned due to the puncture, we were a bit concerned at first because I had to save some fuel during my stints for tactical reasons. But a caution phase helped us at the right moment, so it was no longer an issue. It went well for me.”

Gianmaria Bruni (Porsche 911 RSR #91): “A lot of negative things happened today for us. We had several punctures, bad luck overtaking traffic and finally an accident that destroyed the rear of our car. It simply wasn’t our day. Obviously, our sister car’s win is great. I’m pleased for our colleagues. All in all, we scored a lot of points for Porsche – that’s great.”

Richard Lietz (Porsche 911 RSR #91): “Mediocre – that’s how I would describe today’s race. Our tyres were damaged, we were shunted and ultimately we ran out of fresh rubber. We really didn’t need anything more to happen. That says it all. First, we had no luck and then we were hit by bad luck.” 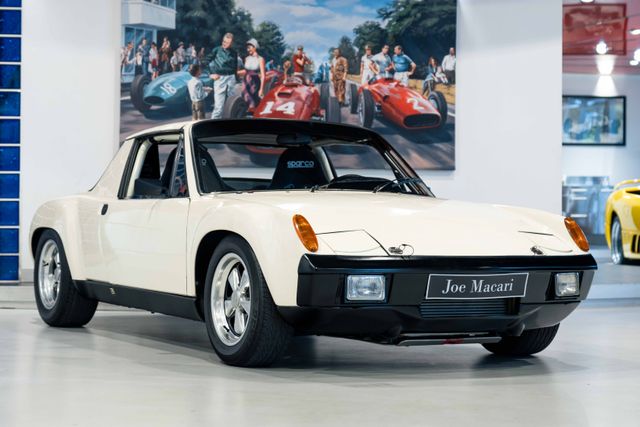