AHEAD OF VERSTAPPEN & BOTTAS

Lewis Hamilton took his second consecutive Portuguese Grand Prix victory after passing both Max Verstappen and Valtteri Bottas in a close battle at the Autódromo Internacional do Algarve. Verstappen took second place ahead of Bottas but had to cede the point for fastest lap to the Finn after exceeding track limits during a last lap flyer.

At the start pole sitter Bottas took the lead ahead of Hamilton and Verstappen. Behind them, though fourth-on-the-grid Sergio Pérez was passed by Ferrari’s Carlos Sainz. Alpine’s Esteban Ocon also lost a place, dropping to seventh as McLaren’s Lando Norris stole through to P6.

There was little time for further progress, though, before the safety car intervened. Alfa Romeo’s Kimi Räikkönen collided with team-mate Antonio Giovinazzi on the pit straight at the start of the second lap and lost his front wing. The Finn pulled over in a run-off area but with debris scattered across the main straight the safety car was dseployed.

When racing resumed on lap 8, Bottas held onto his lead but Hamilton was passed by Verstappen the outside into Turn 1. Pérez also profited on the re-start getting ahead of Sainz.  However, later in the lap the Mexican went backwards again when he was mugged into the hairpin by Norris. Pérez quickly fought back, though, and on the next lap muscled past the McLaren driver into Turn 1.

At the front Verstappen was under pressure and after a moment of oversteer in Turn 14 Hamilton closed in on the main straight and passed the Red Bull in Turn 1 to take back second place.

The Mercedes drivers then began to eke out a gap and by lap 18 Hamilton was 1.5s clear of Verstappen, with Pérez eight seconds further back. Norris lay fifth ahead of Sainz, with the Spaniard’s Ferrari team-mate Charles Leclerc in P7. Ocon had slipped to eighth ahead of AlphaTauri’s Pierre Gasly and the McLaren of Daniel Ricciardo.

The lead changed on lap 20 when Hamilton got a good exit out of the final corner and pounced at the end of the pit straight to overtake Bottas around the outside of Turn 1.

Red Bull pitted Verstappen at the end of lap 35 for hard tyres. Mercedes tried to cover the move by pitting Bottas at the end of the next lap and though he emerged from the pit lane marginally ahead of Verstappen, the Dutchman was quickly on the attack and passed the Mercedes into Turn 5.

Hamilton then pitted for hard tyres and handed the lead to Pérez. On lap 41 the Mexican held a 11.8s lead over Hamilton, with Max third, 3.4s behind the Mercedes man.

Hamilton quickly began to claw away at Perez’s lead and after the Red Bull was seriously impeded by the backmarking Nikita Mazepin, the Mercedes driver was just 5.5s behind the Mexican on lap 47. Mazepin was later handed a time penalty for ignoring blue flags.

On lap 51 Hamilton made his move, passing Pérez into Turn 1. Red Bull then pitted Pérez and he slipped to the fourth place he would hold until the chequered flag.

With Bottas enjoying a sizeable gap to Pérez in the closing stages Mercedes opted to pit the Finn for a fresh set of soft tyres and a fastest lap attempt and the Finn went quickest on lap 65 of the 66.

Red Bull responded by pitting Verstappen at the end of the penultimate lap and soon after Lewis Hamilton had crossed the line to take victory, Verstappen set the fastest lap of all at 1:18.849. However, his hopes of taking the point on offer were dashed soon after the chequered flag as officials deleted his lap time for exceeding track limits at Turn 4.

Behind the top four Norris took a well deserved fifth place for McLaren with Charles Leclerc sixth for Ferrari. Alpine’s Esteban Ocon dropped back to seventh from a starting place of sixth but for team-mate Fernando Alonso it was a better day, with the Spaniard climbing from 14th on the4 grid to eighth place at the flag. McLaren’s Daniel Ricciardo also did well, recovering from 16th place on the grid to finish ninth and the final point on offer went to AlphaTauri’s Pierre Gasly.

Hamilton takes 99th pole pole of his career at Imola 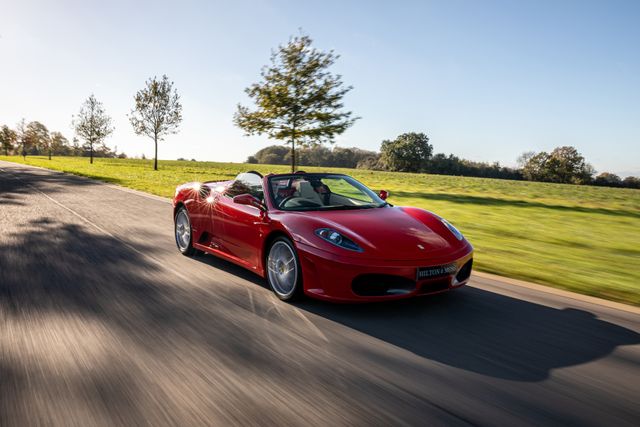