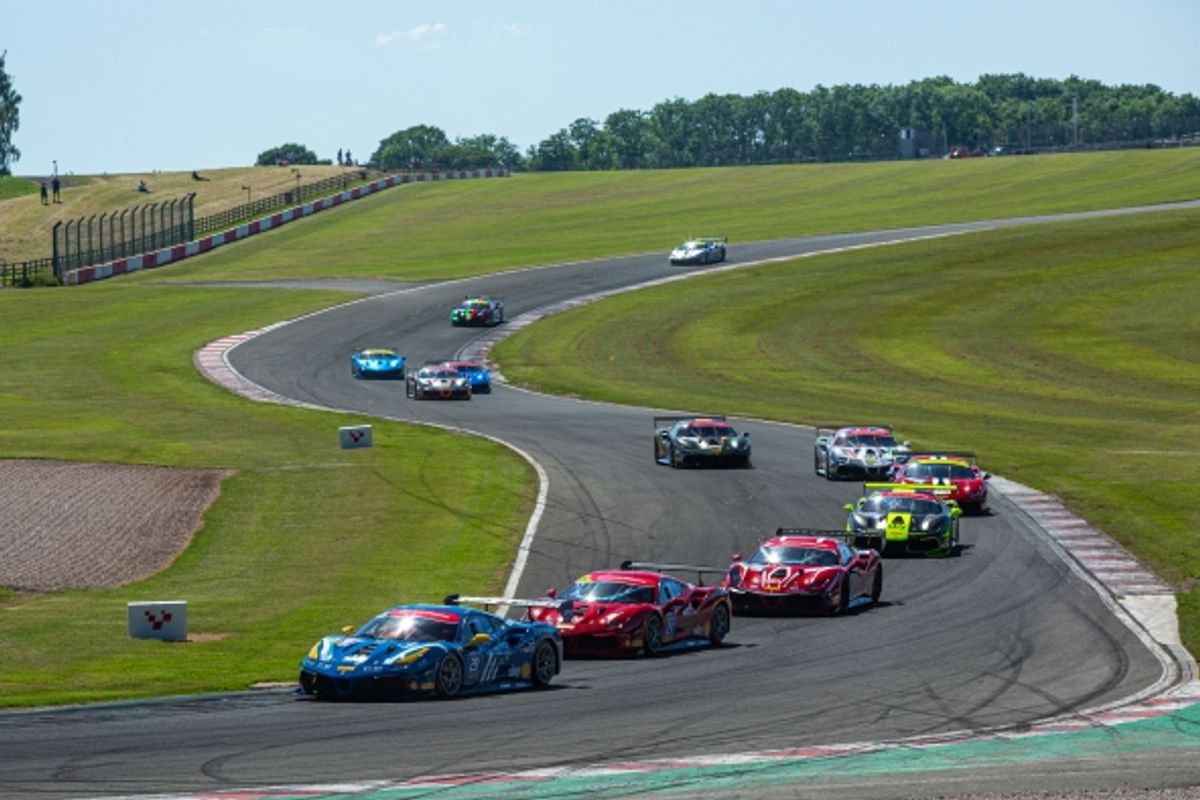 Saturday
Trofeo Pirelli. After a sunny Qualifying session, new entrant James Swift (Dick Lovett Swindon) took pole with an impressive time of 1:07.287. James was chased through the duration of the race by Lucky Khera (Graypaul Birmingham) who eventually passed him to take the win. James fought back but, after some tight racing, was unable to pass and finished second. Khera also took the fastest lap (1:07.688). Rounding off the podium was Han Sikkens (H.R. Owen London) after driving an error-free race passing backmarkers.

Coppa Shell. Following an intense qualifying session, Graham de Zille (Meridien Modena) clinched his third pole of the season with a lap of 1:07.803. De Zille ran a strong race, winning his 7th race in a row in the series and finishing 5th overall. Paul Simmerson (Graypaul Birmingham) fought a close battle with Paul Rogers (JCT600 Brooklands) for the duration of the race, until Rogers spun on the final corner during the last few minutes. This allowed Simmerson to take 2nd while Rogers finished 3rd after recovering from his earlier spin.

In Race 1 of the Pirelli Ferrari formula classic Peter Fisk took 1st in his 550 Maranello, with Wayne Mars and Tim Mogridge in 2nd and 3rd respectively in their F355 Challenge cars. Wayne Marrs held the fastest lap with a 1:18.258

Sunday
Trofeo Pirelli. With higher track temperatures for Race 2 on Sunday, faster lap times should have been possible. However, after several competitors ignored the track limits at the final chicane during Race 1, stewards enforced the rules and administered several time penalties in Race 2.

Following a great start from pole position, Swift led the race from the front. However, he was penalised after the podium Ceremony and was handed a 30-second time penalty for gaining an advantage at the rolling start. This meant he finished 5th in class. As a result of Swift’s penalty, Paul Hogarth (Stratstone Manchester) was promoted to 1st position in class, and this his first win of the series. The rest of the field was also littered with penalties, including winner of Race 1, Khera who exceed track limits several times, earning him a 5-second time penalty. Despite this, he was promoted to 2nd in his class after Swift’s penalty. Meanwhile, Han Sikkens (H.R. Owen London) was promoted to 3rd after driving a clean race.

Coppa Shell. De Zille continued yesterday’s form and started from pole position in his class. After a tough race, he took his second win of the weekend. Similar to the results from yesterday, Simmerson drove another close battle with Rogers and recovered well after a spin early in the race. Simmerson was closely followed by Rogers who lost out to Simmerson after picking up a penalty for exceeding track limits.

The last two minutes of the intense race occurred under a safety car after one driver spun following contact on the exit of turn 1.

In Race 2 of the Pirelli Ferrari formula classic Wayne Marrs took his first win of the weekend with a fastest lap of 1:19.231. Peter Fisk and Tim Modridge 2nd and 3rd respectively.

In Race 3 of the Pirelli Ferrari formula classic, Peter Fisk took his second win with a best lap of 1:19.522, followed by Tristan Simpson and Tim Mogridge in 2nd and 3rd respectively, both in the Ferrari F355 Challenge cars.

Schedule. The next event in the Ferrari Challenge UK season will be at Snetterton on the 10-11th July.