With less than four weeks to go until this year’s Classic Nostalgia meeting at Shelsley Walsh, organisers have confirmed that the event will be fully open to spectators. Enthusiasts will be able to watch the action on the hill as well as explore the paddock – and they’ll have plenty to enjoy.

A blue plaque will be unveiled at the historic Worcestershire venue to honour Murray Walker OBE. The much-loved commentator made his first appearance behind the microphone at Shelsley Walsh in 1948. He later admitted that he used the occasion as an audition for the BBC top brass who were in attendance, and it worked. Walker went on to commentate at the 1949 British Grand Prix, and the rest is history!

Among the famous faces who will be at the event are Fuzz Townshend from Car SOS, plus Grand Designs presenter and classic-car enthusiast Kevin McCloud. They will be soaking up a host of great cars – and much more…

Shelsley Walsh to celebrate rally greats
Twenty years since Richard Burns dramatically won the World Rally Championship in a final-round showdown, the late Englishman will be honoured with a selection of his cars. The Subaru Impreza in which he won the 2000 Safari Rally will be driven by Prodrive stalwart Paul Howarth, who worked closely with Burns as well as the likes of Colin McRae, Tommi Mäkinen, Petter Solberg and Carlos Sainz. It will be the first time the car has run in public for 10 years.

Ralli22 will also be returning to Shelsley Walsh. Always a crowd favourite, the 40-strong rally class features an awesome selection of Group A, Group B and WRC machinery. They will include a number of rarely seen cars, such as an ex-Tony Pond Metro 6R4, ex-Colin McRae Ford Focus WRC, ex-Stig Blomqvist Saab, and an ex-Sébastien Loeb Citroen C4 WRC.

On Sunday, spectators will be able to see Dakota ZA947 over Shelsley Walsh. Nicknamed ‘Kwicherbichen’ by her crews, the Dakota was involved in para-dropping operations on the eve of D-Day and subsequently in re-supply and casualty evacuation missions. By the end of 1944, 1,092 stretcher cases and 467 sitting wounded had been evacuated to England by the 233 Squadron Dakotas.

Both flypasts are courtesy of The Battle of Britain Memorial Flight, which has as its motto ‘Lest We Forget’. Its mission is not only to commemorate those who have fallen in service of their country, but also to inspire and educate future generations.

Legendary cars
One of the most famous of all Ferraris will be at Shelsley Walsh giving passenger rides to raise funds for charity partner Hope for Tomorrow. Chassis number 2735 GT is the 250 GT Short Wheelbase in which Sir Stirling Moss won the 1961 Tourist Trophy for celebrated privateer Rob Walker. It was Moss’s seventh and final TT win, and he was later a patron of Hope for Tomorrow.

Le Mans legend Derek Bell famously referred to hill climbing as being like ‘Formula One up a garden path’, and the unforgettable sight and sound of a Grand Prix car will be coming to Classic Nostalgia. A 1979 Shadow DN9B that was raced by stylish Italian Elio de Angelis in his first season of Formula One will be taking to the hill.

Also present will be a thunderous McLaren M10B Formula 5000 car, which will be demonstrated by historic racer Matthew Wurr. Powered by a 5-litre Chevrolet V8 engine, this car carried Peter Gethin to the 1970 British F5000 Championship. It was then used in speed events throughout the 1970s, and twice won the British Sprint Championship.

There will more V8-powered excitement via an ex-Pedro Rodriguez BRM P154 Can-Am car. The Mexican ace drove chassis number two in three rounds of the 1970 Can-Am Challenge Cup – a series renowned for its ‘no holds barred’ action.

The McLaren and BRM will be joined at Shelsley Walsh by the 1911 Fiat S76 Land Speed Record contender 'Beast of Turin'. The flame-spitting 28.5-litre Fiat achieved a one-way speed of 132mph in Belgium in 1913 and is an amazing feat of engineering. ‘Beast’ by name, ‘Beast’ by nature – not just how it roars into action, but how it handles too…

ERA R4D returns to its spiritual home
R4D is the most famous of all the ERAs and has a special place in the affections of enthusiasts – and in Shelsley history. It was effectively a works development car and was built in 1935 as R4B, before being upgraded to a C-type specification a year later. It finally became R4D when a lighter chassis was introduced for 1938.

R4D was campaigned extensively both before and after the Second World War in the hands of Raymond Mays and achieved great fame, from racing in the British Grand Prix to breaking records at Shelsley Walsh, and winning the very first British Hillclimb Championship in 1947. R4D set Best Time of the Day at Shelsley 16 times between 1935 and 1956, and will return for Classic Nostalgia with Nick Topliss behind the wheel.

Founded by John Heath and George Abecassis, HWM set out in 1950 to race its Formula 2 cars all over Europe. Always run on a shoestring, its single-seaters achieved great results with mainly British drivers, and the team gave Stirling Moss his first-ever paid works drive.

In 1954, this particular car was shipped to Hollywood, painted red and driven by Kirk Douglas in the movie The Racers. Seattle resident Tom Carstens then bought it and replaced the four-cylinder engine with the all-new Chevrolet V8. Press reports at the time gave it the name ‘The Stovebolt Special’.

Current custodian Simon Taylor acquired it in 1999 and has since raced it all around the world. Simon doesn’t believe in trailering the car to events and will drive it from London to Shelsley to participate over the weekend.

Hill Climb heroes
Shelsley Walsh has a long history of talented female drivers, and there were none better than the late Joy Rainey. In 1986, Rainey set the Ladies’ Record at Shelsley with an impressive 28.32 seconds – a benchmark that remained untouched for 16 years. In total, she held the Ladies Record for 22 years.

Rainey will be remembered at Classic Nostalgia via the presentation of a ‘Fastest Lady’ trophy, gifted to Shelsley Walsh from her personal collection, while her long-time friend and regular co-driver Mark Riley will demonstrate the Cooper Mk9 that was raced in the 1950s by her father, Murray. Her beloved 1904 single-cylinder Oldsmobile will also be displayed.

Stephen Hepworth will take the wheel of the four-wheel-drive Hepworth FF, 50 years since his father David became the first driver to break the 30-second barrier at Shelsley Walsh, on his way to winning the 1971 British Hillclimb Championship.

Stephen Hepworth will take the wheel of the four-wheel-drive Hepworth FF, 50 years since his father David became the first driver to break the 30-second barrier at Shelsley Walsh, on his way to winning the 1971 British Hill Climb Championship.

Entries are welcome from any concours-worthy car, with priority given to those with significant provenance and rarity. There will be four classes to be judged: Pre-World War 2, 1949-1959, 1960-1985 Saloons, and 1960-1985 Sports/GT, plus a Spirit of the Day award for an entry that may not be in top concours condition but outstanding in its own special way.

Car clubs
Classic Nostalgia is the perfect event at which to hold an annual car club gathering in the most picturesque setting. All registered clubs can reserve their own designated display area in the heart of the event. Hagerty will present an award to the best presented club stand.

Who doesn’t love a party?
2021 marks the 10th anniversary of Classic Nostalgia and 116 years of hill climb history at Shelsley Walsh, staged continuously (wartime excepted) since 1905. Get your dancing shoes on for a party in the Courtyard with main-stage interviews and live bands throughout the weekend.

Trade stands
In addition, there will be a fashion competition for the best and most authentic vintage outfit, and trade stands selling everything from clothing and accessories to motoring books, art, photography and memorabilia. It’s been a tough year for many small businesses, so as a way to help the recovery process, Shelsley has reduced trade stand pitches by nearly 50%.
Trade Stand info
Admission
Date: 17-18 July 2021
Shelsley Walsh, Worcester, WR6 6RP
Visiting car club/classic car owners day entry £15.00, weekend £30
General admission £20 per adult in advance or £25 on the gate
Children under 16 Free
Times: 8am each day, till approx. 5pm
Please note: No Dogs Allowed
Book in confidence – COVID-19 SECURE

The event organisers will have all necessary precautions in place to safeguard visitors and will fully comply with the UK Government and Public Health England guidelines at the time. If the event has to be cancelled due to coronavirus, your tickets will automatically be valid for the following year, unless a refund is requested within 30 days of the event cancellation.

The perfect venue
First used in 1905 and in continuous use ever since, Shelsley Walsh is the oldest motorsport venue in the world that still features its original course. Racers will be following in the wheeltracks of motorsport greats such as Raymond Mays, Hans Stuck and the late Stirling Moss. As part of his long association with the venue, Moss was patron of the Shelsley Trust, which helped to secure the 99-year lease on the hillclimb during the mid-2000s.

Known throughout the motoring world for its unique atmosphere, Shelsley allows enthusiasts to get close to the action as well as the cars and drivers. General admission tickets for Classic Nostalgia are ‘access all areas’, allowing visitors to walk around the paddock and rub shoulders with racing legends. 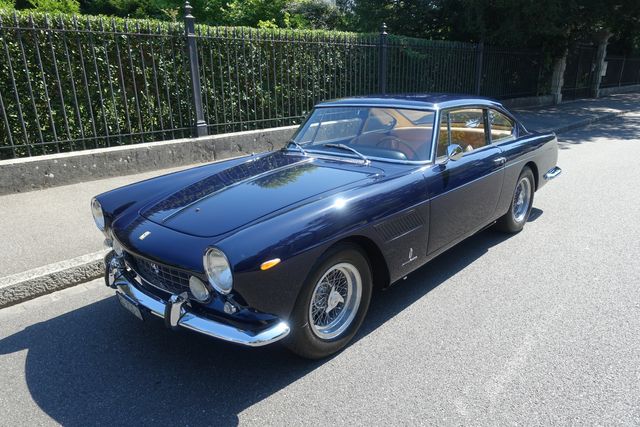