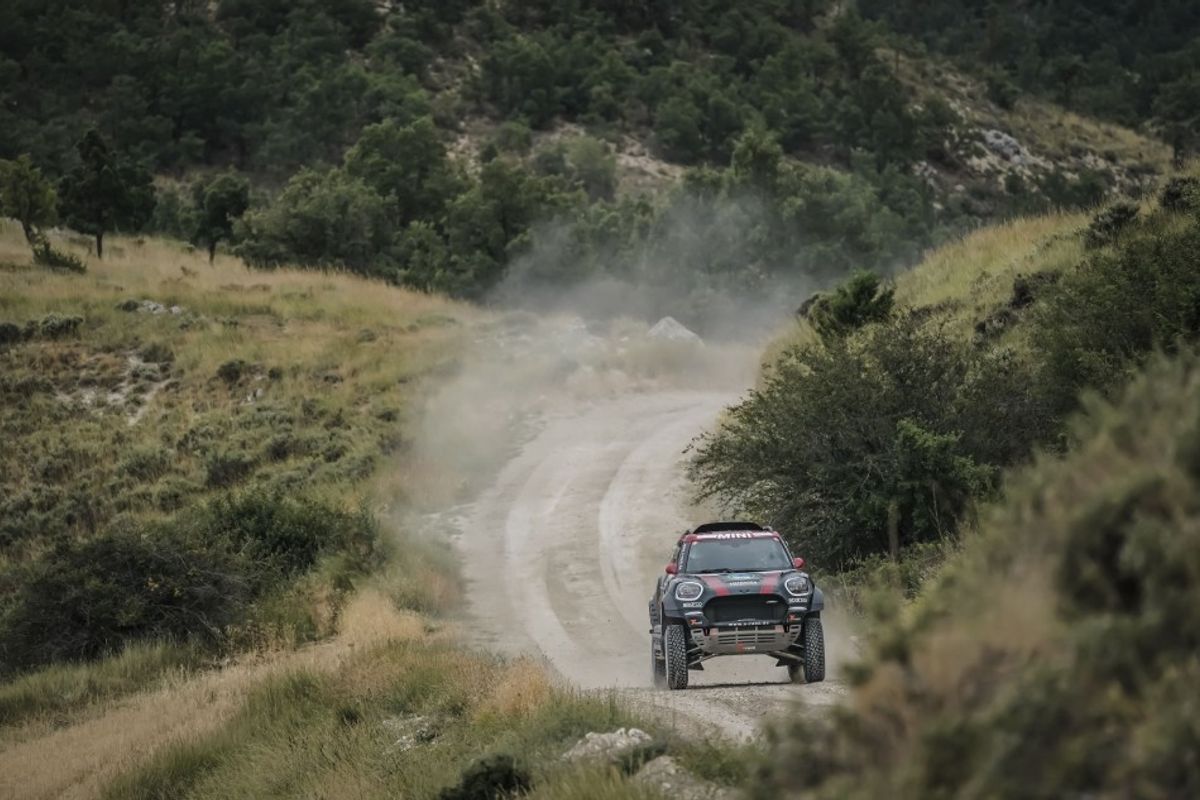 The ever-popular Baja España Aragón (July 22-24) marks the fifth round of the FIA World Cup for Cross Country Bajas and the opening event in the newly-created FIA European Cup for Cross-Country Bajas. It is another classic on the calendar with fiercely tricky conditions over dusty and rocky tracks in the Teruel region of eastern Spain. Coupled with high summer temperatures, the 37th edition of Baja Aragón promises to deliver another stern test.

The event has attracted a record number of entries with some of the discipline’s greatest crews drawn to compete on the first of five European events on the calendar. Yasir Seaidan and Alexey Kuzmich top the entries courtesy of leading the FIA World Cup for Cross-Country Bajas. The Russian duo, driving a MINI John Cooper Works Rally, head to Spain off the back of victories on the previous two rounds in Saudi Arabia and Jordan, resulting in a commanding lead in the series.

Nasser Al-Attiyah and Mathieu Baumel make their first appearance in the FIA World Cup for Cross-Country Bajas this season. In the Toyota Hilux Overdrive, the Qatari/French pairing know how to conquer the Spanish stages, having won together in both 2016 and 2017. Team-mates Yazeed Al Rajhi and Michael Orr return to Baja action and will be looking for another victory to add to their win on the Dubai International Baja in February.

The third Overdrive entry is in the hands of Erik Van Loon and Sébastien Delaunay, the Dutch/French pairing hoping to go one better after finishing second on the previous round in Jordan. Nine-time FIA World Rally Champion Sébastien Loeb will debut the Prodrive Hunter on the World Cup stage with new co-driver, Fabian Lurquin, alongside him. Their team-mates, Nani Roma and Alex Haro finished second when the event last ran in 2019, but Roma has stood on the top step of the car podium on his home event no fewer than five times, with four more victories to his name on bikes.

Mattias Ekström and Emil Bergkvist also make their debut in the World Cup on Baja Aragón, the Swedes having successfully been competing in the World Cup for Cross-Country Rallies, where they are amassing some top results in their X-Raid MINI.

Orlando Terranova and Daniel Oliveras team up in Spain, with Terranova looking to repeat his 2019 victory, this time in a third Prodrive vehicle. João Ramos, who finished sixth in 2019, and Filipe Palmeiro, have entered a Toyota Hilux and Poland’s Krzysztof Hołowczyc and Łukasz Kurzeja return to action in another X-Raid MINI.

Jutta Kleinschmidt, President of the FIA Cross-Country Commission and the first and only woman to win the Dakar Rally, will be in cross-country action for the first time since Baja Aragón in 2016. Fully supported by the ABT CUPRA XE team, she is competing as part of her Extreme E training programme for the remaining three races of this season’s electric off-road series.

Behind the field of 43 T1 cars is an impressive entry of T3 and T4 vehicles, the T3 contenders headed by a strong Spanish contingent in a variety of machinery. The title contenders in T4 will go head to head in Spain; Frenchman Claude Fournier leads Saleh Abdullah Alsaif by just five points in the standings with Mshari Althefiri third, a further 7.5 points adrift. The category is sure to be fiercely competitive with a host of top contenders, including defending T4 Champion Kees Koolen and cross-country Baja newcomer Molly Taylor, former Australian Rally Champion. Three crews have also entered in the T2 category.