It was a banner day for Wayne Taylor Racing in Lamborghini Super Trofeo North America, with team cars winning three of the four classes in Saturday’s race at Road America. Three of the four drivers involved earned their first series victories.

Kyle Marcelli and Danny Formal started from the Pro class and overall pole position in the No. 1 Prestige Performance with Wayne Taylor Racing, Lamborghini Paramus Lamborghini Huracán Super Trofeo EVO and never relinquished it to capture the maiden win for both drivers.

“I want to thank Wayne Taylor Racing, Prestige, Lamborghini, Paramus – just for giving us the opportunity,” said Formal, who started the race before turning the car over to Marcelli during the mandatory pit stop. “I have very little experience and they put me in a Pro car to bring them results. This is my eighth race ever in IMSA and I’m so proud of Kyle and myself. This is my first time ever at Road America and we did just five laps – five laps – before that race. Starting on pole, it was just amazing.”

In the 50-minute race that ran without a caution period, Marcelli and Formal finished 2.887 seconds ahead of Stevan McAleer and Jeroen Mul in the No. 16 Change Racing, Lamborghini Charlotte Huracán. Marcelli credited the WTR crew that had to rebuild the car after a crash in the last round at Watkins Glen International.

“A few weeks ago, this car was on a flatbed after a misfortune at Watkins Glen,” Marcelli said, “and they had a significant rebuild ahead of them. So this is a great reward for the team and the sponsors. Danny put on a great stint at the beginning and I just had to bring it home.”

Jordan Missig, solo driver of the No. 53 Wayne Taylor Racing, Lamborghini Greenwich Huracán, raced to his first win in ProAm. Starting third in class, he made decisive passes for position on consecutive laps to take the lead with 11 minutes remaining and held on to win by 1.699 seconds over Brandon Gdovic and Bryan Ortiz, co-drivers of the No. 46 Precision Performance Motorsports, Lamborghini Palm Beach Huracán.

“Absolutely fantastic!” said Missig, whose family has been involved in racing at Road America for generations. “I can’t thank the guys at Wayne Taylor Racing enough. All the hard work they put in, they came in with a rocket ship setup and, man, it was fast today! We’re hoping the rest of the weekend is going to be just as good. Road America is special in our hearts, for sure.”

In the Am class, Ashton Harrison collected her second triumph of the season in the No. 25 Harrison Contracting with Wayne Taylor Racing, Lamborghini Paramus Huracán. Harrison jumped into the class lead on Lap 5 and led the rest of the way, other than through the cycle of mandatory pit stops.

“I’m very familiar with Road America; it’s actually my favorite track in the U.S.,” Harrison said. “The last couple seasons in Super Trofeo, we’ve had these wild moments of not being able to pull off the win every time we’re leading. This year, my goal was to win, so I’m glad we accomplished that.

“My team did such a great job calling strategy and giving me the correct information. I was able to keep my head down and focus forward. I’m glad to pull it off. I’m really happy for the team. Clearly, we really came here prepared and I’m so thankful for that.”

John Hennessy started from the LB Cup pole, lost the lead on the opening lap but regained it on Lap 2 and drove to a comfortable class win in the No. 33 O’Gara Motorsport/US RaceTronics, Lamborghini San Diego Huracán. It marked a remarkable recovery for the driver who had been sidelined since crashing out of the season-opening race at Circuit of The Americas in May.

“After my disastrous start at COTA, I tore ligaments in my thumb and I’ve been working, doing a little driving, looking at videos and getting some practice in the last few weeks. I got a couple test days here a couple weeks ago so I got a feel for the track.

“This track is just beautiful because you have some time to kind of relax and think about what you’re doing. This is the first time that I’ve really focused on just hitting my marks. I love this track; it’s epic.”

The second race of the weekend will also be the 100th in the history of Lamborghini Super Trofeo North America. It starts at 11:50 a.m. ET Sunday and streams live on TrackPass on NBC Sports Gold and IMSA.com/TVLive. 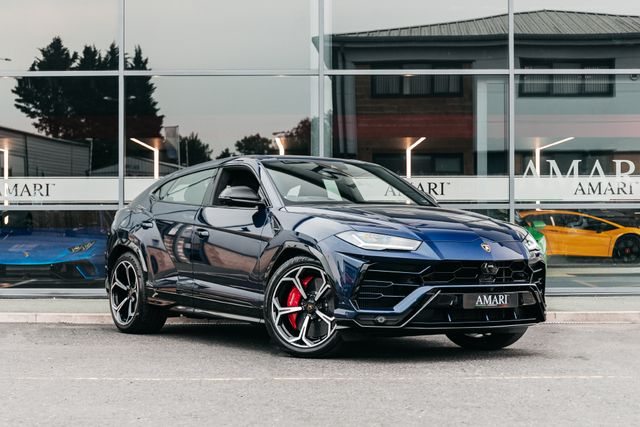