Worldwide delivered $17.6 million in total sales, some resounding world records and a 98% sell through rate at the Auburn Auction
at its 14th annual sale at home in Auburn, Indiana, over Labor Day weekend - with 116 of the 119 available lots finding new homes at The Auburn Auction.

The Worldwide team had also curated an outstanding offering of racecars for the event, with one of the most celebrated of all, a 1965 Shelby Cobra Daytona Coupe that was previously owned and driven by Carroll Shelby, selling for $1,490,000.

“Over the decades, some of the world’s finest automobiles have been bought and sold here in Auburn and we’re thrilled to bring that magic back,” said John Kruse, Principal and Auctioneer. “Auburn Indiana once again takes its place as a global player on the world auction stage.”

Worldwide set a number of emphatic records for full classics during the weekend, with an award winning 1942 Packard Custom Super Eight 180 Convertible Victoria by Darrin selling for an astonishing $885,000 after some exceptionally energetic bidding. A rare and meticulously restored 1934 DeSoto Airflow Coupe realized a record $190,400 and a 1929 duPont Model G Waterhouse Convertible Coupe with beautiful custom coachwork by the famed Waterhouse Company brought an eye-watering $720,000.

“Our sincere thanks to all who joined us at home at our Indiana headquarters, in person or virtually, and helped make this such a resoundingly successful and memorable sale, said Rod Egan, Principal and Chief Auctioneer. ”We have always set out to put a diverse selection of great cars together with collectors, friends and enthusiasts in a relaxed and convivial setting and the results speak for themselves.”

The Auburn Auction was presented as a live and simultaneous online event on September 3-4, 2021, at Kruse Plaza in Auburn, Indiana. Friday’s sale featured a remarkable offering of Packard automobiles and associated memorabilia from The Fort Lauderdale Antique Car Museum, a collection of 31 lovingly curated examples representing virtually every model year from 1916 through 1955. The sale also featured a selection of some of the best automobilia and memorabilia to be found. 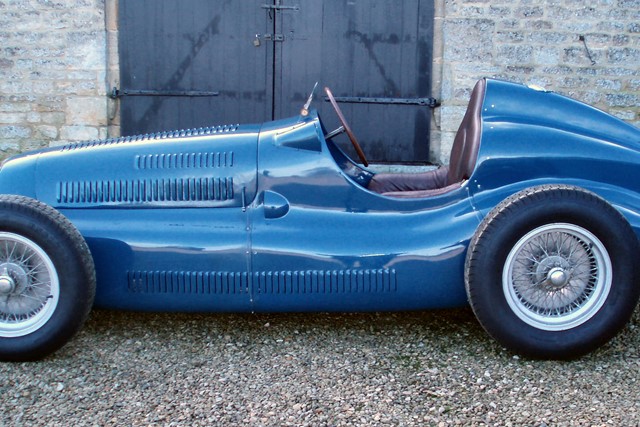