Young Achiever (supported by 1762 from Brewin Dolphin and StarterMotor)

Ben Cussons, Chairman of the Royal Automobile Club said, “These Awards are highly significant, not only as a continuation of the Club’s more than 120-year pedigree of recognising motoring accomplishments and as a celebration of the British historic vehicle world, but also because of the integrity and independence of the judging process. The Innovation award, new for 2021, received healthy entries but the judging panel decided they did not meet the criteria for this year.  We set the bar very high and are proud of the rigor that goes into the procedure. Across the seven shortlisted categories there is a wonderful breadth of finalists, and we look forward to whittling them down to the final winners.

“The standard and diversity of entries was remarkable once again. It was encouraging to see live events coming back into the nominations, particularly given the challenges organisers have faced to stage them, and also heartening to once again see an excellent list of candidates for the Young Achiever award – the future looks to be in very safe hands. I would like to thank the judges for their dedication and expertise, and of course our enthusiastic Partners for their support and look forward to celebrating together at the Awards on 25 November!”

As well as revealing the individual category winners on 25 November, the Club will also announce the winner of the Lifetime Achievement Award, to recognise an individual who has, in the opinion of the Club, made an outstanding contribution to British motoring history and heritage, or to the British historic motoring and motor racing movement, across many years. 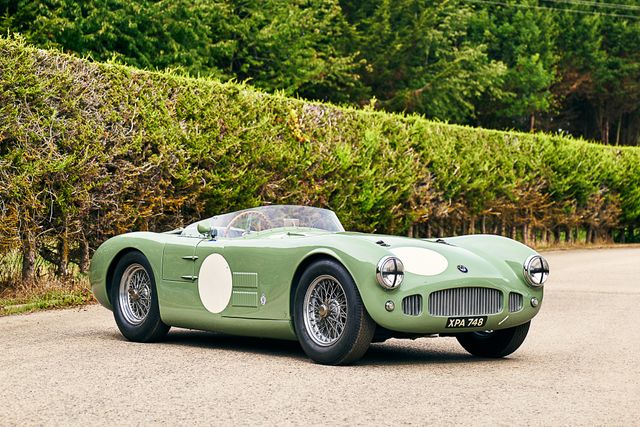