Friday's practice sessions on the 2.4-mile Brands Hatch Grand Prix circuit took place in dry conditions. The day's first session was interrupted by two red flag periods, Cammish the early pacesetter followed by Hanafin and King, but it was King who emerged from the session as the fastest driver with a time of 1:28.436 set in the dying moments. The top four championship rivals occupied the top four positions, King from Hanafin, Cammish and Jewiss. Ratcliffe led Pro-Am while David Shaw (G-Cat Racing) topped Am.

The weekend's second practice session took place on Friday afternoon and was partly a repeat of the first. King continued to be the driver to beat, the Junior fending off challenges from his championship rivals to end the session ahead with a time of 1:27.491. On this occasion the order at the top of the timesheet was King from Hanafin, Jewiss and Cammish. Jake Rattenbury (Team Redline Racing) came out on top in Pro-Am after a close category battle, Shaw was the quickest Am once more.

Saturday afternoon's qualifying session took place in dry, chilly, conditions. King had the session under control from the outset and went on to secure the ninth pole position of his Porsche racing career. True to the weekend's form, the four Pro category championship rivals ended qualifying occupying the top four positions on the grid – separated by just 0.272 secs and now with just 20 championship points between them. Nathan Harrison (Team HARD) topped the Pro-Am category drivers with Sherwood ahead in Am.

Sunday's first race was a thrilling affair and saw the four title contenders engage in a tough fight for victory which ebbed and flowed throughout the race. Jewiss led initially but following a fight with King he slipped backwards. Later on Hanafin mounted an impressive pass on King and Cammish to snatch the race lead which led to his fourth win of the season. Rainford secured victory in Pro-Am, but in joining him on the category podium Ratcliffe provisionally secured Pro-Am category championship honours. Rookie Josh Stanton (Team HARD) took Am victory, but Sherwood claimed second – enough to see him provisionally crowned as Am category champion for 2021.

Pro category championship rivals Cammish and Hanafin lined-up for the season's final race separated by just three points and the top four finisheers from race one reversed for race two. Hanafin slipped down the order at the start while Cammish lost one place to sit third, but with three stricken cars on the grid the Safety Car was deployed and the race neutralized. Once racing resumed, Will Martin (Richardson Racing) went on to snatch the lead from Jamie Orton (JTR) who had led throughout. King and Hanafin engaged in a tight fight resolved when Hanafin suffered a spin – he continued, but his championship hopes had all but ended. Martin took victory and was joined on the overall podium by Cammish – provisional Pro category champion for 2021 and the first driver to take three titles in Porsche Carrera Cup GB history (2015, 2016 and 2021). Rainford took victory in Pro-Am, Stanton in Am.

Qualifying
Saturday afternoon's 30-minute qualifying session took place in dry conditions. King was the driver to beat early in the session – first to lap the circuit in under 1:27 with a time of 1:26.695. Jewiss and Cammish were initially closest to King, albeit almost eight-tenths of a second adrift, but Hanafin soon lapped to within 0.110 of King's benchmark time. In Pro-Am, Rattenbury was top in his category, while Shaw continued his good form from practice to lead the Am drivers.

In the second half of qualifying King improved further with a 1:26.471. Jewiss, Cammish and Hanafin all followed his example by lapping quicker than they had before, though none could quite match the Junior's pace. At the flag the four championship rivals occupied the top four positions on the timesheet separated by just 0.272 secs, meaning they would start round 15 in reverse championship order – King from Jewiss, Hanafin and Cammish. In Pro-Am, Harrison emerged ahead with Sherwood making a late charge to top Am.

Following the 2021 Porsche Carrera Cup GB weekend format, King earned two championship points with his pole position, as did the top qualifiers in their respective categories – Harrison and Sherwood. Ahead of round 15 just 20 points now separated Cammish, Hanafin, Jewiss and King.

Race one
The first of the weekend's two 17 lap races took place at midday on Sunday in dry conditions. When the lights went out Hanafin made the best start of the four title contenders but it was Jewiss who gained ground moving to the outside of those ahead to snatch the lead by Druids. Behind Jewiss came King and Hanafin with Cammish slotting into fourth position. In Pro-Am the order was Charles Rainford (CCK Motorsport) from Harrison and Rattenbury. At Graham Hill Bend Armstrong was hit from behind and made his exit from the race, leaving the order in Am as Sherwood from Stanton and Shaw.

On lap three Cammish moved to the outside of Hanafin at Druids to snatch third and soon began to close in on King and Jewiss ahead as they battled. On lap six King got a run on Jewiss at Surtees but he ran wide as the fight reached the exit of Hawthorns which saw him slip back to fourth place. The order was now Jewiss from Cammish, Hanafin and King, but the Junior immediately pounced on Hanafin with a successful pass at Stirlings to take third. In a close Pro-Am fight Rattenbury found himself dropping back leaving Rainford and Harrison up front and championship leader Ratcliffe third in category.

On lap nine Josh Malin (Richardson Racing) spun off at Stirlings, meanwhile Stanton closed on Sherwood for the lead in Am. At the end of lap 10 King got a run on Cammish out of Clearways which allowed him to draw alongside on the approach to Paddock Hill at the start of lap 11 – the move stuck. Micah Stanley (Team Redline Racing) received a 5-second penalty for exceeding track limits. On lap 14 King mounted a challenge on Jewiss at Stirlings, in the hard fight Jewiss was pushed wide dropping him down the order. In an opportunistic move Hanafin then overtook both King and Cammish into the first corner for the race lead, while Will Martin (Richardson Racing) immediately took third from Cammish leaving the order as Hanafin from King, Martin and Cammish – Jewiss was now down in sixth.

On lap 15 Cammish passed Martin for third place at Graham Hill but soon afterwards Josh Caygill (Team Redline Racing) left the circuit at Paddock Hill Bend causing the race to be brought to a premature end. Counting back one lap Cammish's move on Martin for third would not stand, leaving the top three as Hanafin, King and Martin. At the flag Rainford took Pro-Am victory with Harrison second and Ratcliffe third – with that result Ratcliffe was crowned provisional Pro-Am category champion. In Am, Stanton took his third category victory of 2021, joined on the category podium by Sherwood and Khera – with his result Sherwood had done enough to be named provisional Am category champion, the first driver in the history of the championship to take three consecutive Am category titles.

For recording the fastest lap in each of their respective categories, King (Pro), Rainford (Pro-Am) and Stanton (Am) each received one additional championship point. As part of the 2021 podium procedure, winner Hanafin selected at random the number four ball, which reversed the grid positions of the top four overall race finishers from round 15.

Following the race Harrison was disqualified from the results for a non-compliance. King was handed a 5-second time penalty for his incident with Jewiss, relegating him from second to sixth. He was also docked three championship points and three category points. That then made the top three overall race finishers Hanafin, Martin and Cammish. The Pro-Am podium was now Rainford, Ratcliffe and Stanley.

Following the reversal of the top four overall race finishers from round 15 that made the front row for Sunday's second race Jamie Orton (JTR), Cammish, Martin, and Hanafin. With King and Jewiss out of championship contention, just three points separated Cammish and Hanafin going into the final race of the season.

Race two
Round 16 took place on Sunday afternoon in dry conditions and ran to a slightly reduced distance of 14 laps. When the lights went out for the final time in 2021 Cammish did not make the best start, however championship rival Hanafin had a rougher ride through the first corner making contact with two other cars and falling back to sixth spot. Harrison did not get away from the grid and as a result Armstrong and Khera made contact with his car causing them to retire. At the front of the race Orton maintained his lead from Martin and Cammish. In Pro-Am Rainford led Ratcliffe and Rattenbury, Stanton was ahead in Am from Shaw and Sherwood.

Before the first racing lap was complete the Safety Car was scrambled to allow for the recovery of the three stricken cars of Harrison, Armstrong and Khera. At the restart on lap four, Hanafin was pushing hard and attacking King for fifth, but Martin was the driver on the move. At Westfield Martin got alongside Orton to take the lead of the race, Cammish then moved onto Orton's rear bumper as he searched for an opportunity to snatch second. In Pro-Am a close fight between Rainford, Ratcliffe and Rattenbury developed, though Rattenbury would soon come under attack from Stanley.

On lap 10 Jewiss, King and Hanafin were tightly together in their fight for fourth, a lap later King ran wide at Clark Curve allowing Hanafin to get a run on him into Paddock Hill Bend. Halfway through the first corner Hanafin entered a spin and went backwards into the gravel at Hailwoods Hill – he recovered but found himself positioned down the running order. On the final lap of the race Shaw spun but recovered, allowing Sherwood past for a change in the Am lead.

For recording the fastest lap in each of their respective categories, Martin (Pro), Stanley (Pro-Am) and Stanton (Am) each received one additional championship point.

Following the Brands Hatch weekend Harry King signs off as Porsche GB Junior, his successor announced in mid-November after four finalists undertake a shootout at Silverstone. Porsche Motorsport GB is already looking ahead to 2022 when the championship enters its milestone 20th season and welcomes the arrival of the new 510 hp ‘Type 992’ 911 GT3 Cup. 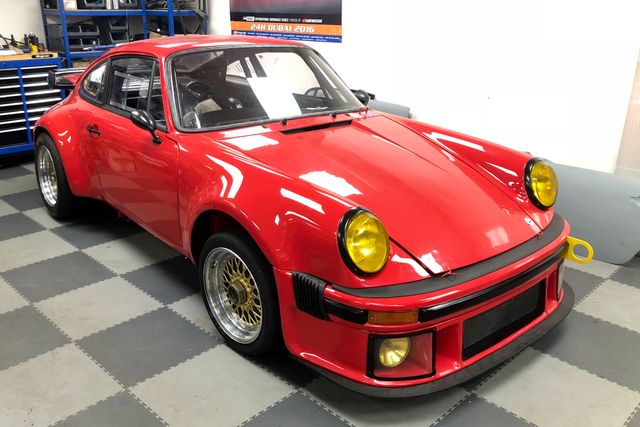