Osian Pryce put himself firmly in the pound seat in the race for the 2021 Motorsport UK British Rally Championship title after storming to a Visit Conwy Cambrian Rally victory on Saturday [30 October].

Pryce and co-driver Noel O’Sullivan took their Melvyn Evans Motorsport Volkswagen to their second BRC win of the season thanks to a faultless drive in the infamous north Wales stages. Leading from the opening stage, the duo would never be knocked off top spot, taking their Michelin shod Polo GTi to back-to-back wins.

World-class stages, famous for hosting the World Rally Championship crews on Wales Rally GB were likely to test the BRC regulars to the limit thanks to the unforgiving and slippery nature of the north Wales forests. Based at the seaside town of Llandudno, the event also offered a unique twist to the format thanks to a brand new closed-road asphalt stage to round out proceedings.

Four drivers would head into the weekend still in with a chance of the title but after 44 miles of blistering stage action, that would be down to just two. Double British champion Edwards would start the event as arguably the pre-event favourite and the Conwy driver would sensibly elect to play his Joker card for the chance of bagging up to five additional points on his home round. But Pryce stole the march with the fastest time over the opener and despite an initial fightback from teammate Edwards, Pryce had full command all rally long.

“Of course, it’s never nice to see your rival with issues [Edwards] but I`m delighted with the win today,” said Pryce.
“I think we did all we needed to do this morning really. We built up that buffer on the opening stage and that was really important seeing how the day panned out. We didn’t think it would be easy at all, but we have just done exactly what we have been doing all year and stayed out of trouble.”

“We knew we needed to win here and now it all goes down to the Ulster.”

Behind Pryce, the drama unfolded with Edwards struggling for grip in the tricky conditions. A ten-second deficit was reduced to six by the third test and it was set to be another impressive battle between the stablemates. But Edwards was launched off the road after a compression in the fourth stage and would lose over 1m40 effecting repairs to the Polo to ensure he could continue.

A broken front right-hand side track control arm was the culprit and with no service, Edwards would be using every opportunity on the road sections to try and stabilise the car. In a nail-biting final loop, Edwards would do enough to crawl through the remaining three stages and salvage enough points to take the championship title fight to the final round, the Modern Tyres Ulster Rally in November.

Seb Perez endured a tough day behind the wheel but was able to enjoy the best BRC result of his career with second place in his Fiesta Rally2. Contesting his first British Championship campaign, Perez had limited knowledge of the Cambrian stages but dealt with the challenging tests perfectly.

Hankook backed Keith Cronin and co-driver Mikie Galvin struggled to find the sweet spot in their Fiesta Rally2 to take fourth in BRC1. A puncture hampered progress through the day to finish almost seven minutes behind the winner. Ashley Dickson and Emily Easton-Page took the NRC7 class win in their Fiesta as the new pairing stayed largely out of trouble in the unforgiving stages.

It would be an early bath for M-Sport’s Matthew Wilson and Elliott Edmondson after hitting a large amount of standing water on the very first stage, forcing their Fiesta Rally2 out and along with it, any hopes of taking the BRC title.

Continuing their blistering run of form in 2021, Garry Pearson and Niall Burns sealed the deal on the Motorsport UK National Rally Title by taking yet another maximum points haul in their Skoda Fabia. Another crew to play their Joker, their points tally and three wins this season gives them the honour with a round to spare.

With times good enough for second overall in the rally, Pearson was untouchable over the Welsh tests to keep nearest title challengers and third-place finishers Stephen Petch and Michael Wilkinson at bay in their Ford Fiesta WRC. However, taking runner up spot was James Wilson and Arthur Kierans in their Hyundai i20. After making the switch from the BRC1 to National category for the event, Wilson found his feet in the treacherous conditions to split the two title protagonists.

Alan Carmichael and Claire Williams were the fourth National Title finishers in their Hyundai i20 and were another crew to never quite find their pace in the conditions. Brendan Cumiskey and Lorcan Moore took the BRC4 class honours in Cumiskey’s second outing of the season in the Fiesta Rally4.

Ensuring the Junior BRC race for the title would go the final round, William Creighton and Liam Regan took their fourth win of the season as all around them their rivals faltered. It wasn’t all plain sailing for the Fiesta Rally4 pilot however, with an opening stage technical issue finding the Moira man down in sixth and over 40 seconds adrift.

A relentless drive saw Creighton pick off the contenders one by one to take the lead from the third test which would never be relinquished. His cause was helped by the retirement of early leaders Finlay Retson and Rhys Stoneman with transmission issues in their Fiesta Rally4 and Kyle White and Sean Topping who suffered mechanical woes in their Peugeot 208. Championship rivals Eamonn Kelly and Conor Mohan also fell by the wayside with driveshaft failure in the fifth test.

Nevertheless, an impressive result came for previously crowned Academy Trophy champions Johnnie Mulholland and Calum Maguire who also scooped their first Junior BRC podium with second place in their Fiesta R2T. Another podium debutant, Joseph Kelly and Shane Byrne rounded out the top three with a solid performance in their similar machine.

The British Rally Championship now heads across to Northern Ireland as the final round of the 2021 season and race for the British and Junior titles will play out across the demanding Modern Tyres Ulster Rally closed roads around Newry in November. 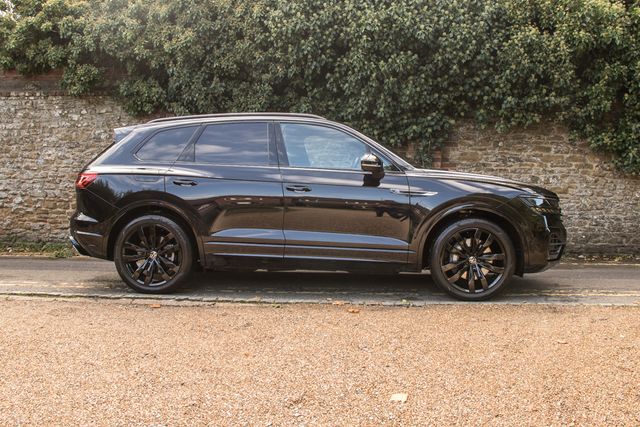