Analyzing sports car racing history is somewhat akin to tracking geologic periods. The line between eras can often be fuzzy.

One thing is certain: The 24th Annual Motul Petit Le Mans, set for Nov. 10-13 at Michelin Raceway Road Atlanta, will serve as the absolute final event for the GT Le Mans (GTLM) class in the IMSA WeatherTech SportsCar Championship.

In 2022, IMSA will replace GTLM with a Pro division of the GT Daytona class (GTD PRO). With so many sports car marques around the world committed to producing GT3 specification cars, it’s a move that should ultimately result in growth for IMSA.

While it all sounds like a bowl of alphabet soup, it’s worth taking a moment to reflect on the GTLM era. On paper, GTLM was a product of the merger between the American Le Mans Series and the GRAND-AM Rolex Sports Car Series that resulted in today’s WeatherTech Championship. The nuts-and-bolts basis of the class was the GT2 category of the ALMS, which by 2009 was entering a golden era of manufacturer involvement.

The next dozen years featuring the transition from GT2 into GTLM will be viewed as a prime period for GT racing in the U.S., with fierce competition between the likes of Porsche, Corvette, BMW, Ford, Ferrari and even Dodge Viper. While the cars outwardly resembled those competing in the GT Daytona (GTD) class, there was a much higher level of technology under the skin, along with a phalanx of factory drivers and engineering support.

One key factor in the category’s growth was Corvette Racing’s decision to transfer from GT1 to GT2 midway through the 2009 ALMS season. The ALMS era from 2009 through 2013 featured some mighty scraps, with Porsche claiming 16 race wins compared to 12 for Corvette, 10 for Ferrari, nine for BMW and a single victory for Viper.

“I was lucky enough to be part of the transition between GT1 and GT2,” said longtime Corvette Racing star Antonio Garcia, who teamed with Jan Magnussen to win the final ALMS GT title in 2013 prior to notching three more GTLM crowns in IMSA (two more with Magnussen and last year with Jordan Taylor). “You saw all the different names that got into what this category became. You look back at the speeds we are doing now, we could never imagine them when we first went into GT2. We are faster now than we were with GT1.”

What drove that increase in speed was relentless competition among the manufacturers. GTLM is the ultimate manifestation of a production-based road racing car, and no other form of racing more accurately sums up the old adage: “Win on Sunday, sell on Monday.”

Another key milestone for GTLM came when Ford entered the category in 2016 with a new, purpose-build GT that was as much racing car as street machine. The level of factory commitment from Ford convinced Chip Ganassi Racing to transfer its IMSA focus from Daytona Prototypes to GTLM to coordinate the trackside aspect of the Ford effort.

“We had switched from BMW to Ford in the old Daytona Prototype class, wanting to stay in sports car racing but not knowing that developing the EcoBoost engine had a big carrot out there at the end of the stick,” Ganassi recalled. “We didn’t know anything about the GT program, but when you first saw the car, it took your breath away.

“It had some nice enhancements and technologies that we could really sink our teeth into. That really energized us and rejuvenated some of those brain cells that got us into racing in the first place.”

As the competition between GTLM manufacturers became more intense, so did action on the track. The level of professionalism in the category, whether in terms of driver or engineering pedigree, was truly impressive.

“The racing in GTLM was fairly cutthroat,” observed veteran IndyCar and sports car driver Sebastien Bourdais, who was part of the Ganassi/Ford effort and co-driver of the winning car in the 2017 Rolex 24 At Daytona. “In DP, if you were faster than the guy ahead of you, he had a tendency to let you through so you could both run your own race. In GTLM, it was a lot more competitive.”

Ganassi also ran the Ford GT program in the FIA World Endurance Championship from 2016-18. The U.S.-based team secured a history-making win at the 24 Hours of Le Mans in 2016, with Bourdais, Joey Hand and Dirk Mueller taking the GTE Pro class win 50 years after the Ford GT dazzled the racing world by finishing 1-2-3 overall in the iconic race.

One of the Ganassi/Ford WEC drivers was Harry Tincknell, who has moved on to earn five DPi race wins since 2019 in the WeatherTech Championship for Mazda Motorsports.

“That was a great situation for me because I was the young guy and I got to learn the ropes from some great teammates,” Tincknell said. “It was absolutely invaluable to be part of a factory team at that part of my career, and I’ve really fed off of that.”

Ready for a Big Finish

From 2014 to date in the WeatherTech Championship, Corvette leads with 29 race wins, followed by Porsche (25), Ford (13), BMW (12), Ferrari (4) and Viper (2). Porsche and Corvette are tied with 41 wins since 2009, so if either of them wins at Motul Petit Le Mans, it will make them the winningest manufacturer in GTLM.

Nick Tandy co-drove in 13 of Porsche’s GTLM wins since 2014, including a victory in the Rolex 24, three at the Mobil 1 Twelve Hours of Sebring Presented by Advance Auto Parts and two in the Motul Petit Le Mans. Now a member of Corvette Racing, Tandy and co-driver Tommy Milner have the opportunity to cap off the GTLM era with four consecutive race wins to end the 2021 season.

“The glory days were really 2016, 2017 and 2018 when you had four and five manufacturers putting out the best GT cars ever developed and fighting it out with the best drivers in the world and best teams around,” Tandy recalled. “It was a Balance of Performance class, but it goes to show that kind of racing does work.

“All the teams, the cars and drivers had to be on their games week in and week out,” he added. “It pushed everyone on. The manufacturers loved it, the fans loved it and we as drivers loved it. It’s been the most enjoyable phase of my career and what’s been the biggest part of my career to date.”
The GTLM cars take to Michelin Raceway along with the other four WeatherTech Championship classes for practice beginning Thursday, Nov. 11, with qualifying the following day. The race airs live beginning at noon ET Saturday, Nov. 13 on NBC before coverage switches to NBCSN at 3 p.m. and continues through the conclusion of the 10-hour endurance event. IMSA Radio also has flag-to-flag coverage. Tickets to attend in person are available at roadatlanta.com. 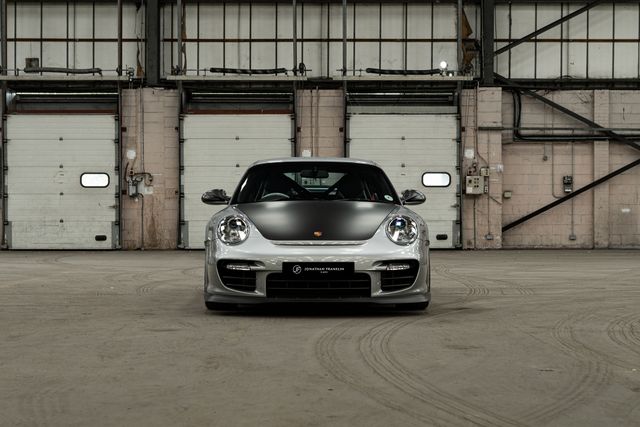