Those three teams were untouchable out front over the opening two rounds but that could all change at Suzuka thanks to the major ACC update released earlier this week. Prior knowledge and existing setups might no longer deliver the performance expected, while the game’s new physics are also expected to impact the established order.

Pit strategy didn’t prove as decisive or diverse as it might have done Down Under but this Saturday’s race, which is four hours longer, allows teams to tinker with their stint lengths and fuel loads. Each of the three drivers per crew is still limited to maximum 65-minute stints but their total drive time has increased to 260 minutes. Thus, a minimum of nine stops will be required, although that could change subject to the weather, tyre degradation or a tactical gamble.

Either of the top two teams will win the championship if they claim victory at Suzuka. And as both have already visited the top step this season – Full Pace Racing at Monza and JMX Phantom at Bathurst – that shouldn’t be ruled out.

Less than 0.2s separated them after three hours of racing in Italy where KuiSheng Huang and Kelvin Chen just held off Rachmat and Bahar. But it was the latter pairing, along with Martono, that looked unstoppable two weeks ago at Mount Panorama where the McLaren finished 35s clear of Legion of Racers’ #889 Mercedes-AMG.

Both crews feature minor changes on Saturday: Ferris Stanley replaces Martono while Chen and Huang are joined by QiChao Zhao.

Elsewhere, the best placed Legion of Racers entry shared by Andika Rama Maulana, Dillan Tan and Moreno Pratama hasn’t had the ultimate pace this season but remains 10 points shy of the lead by dint of the crew’s consistency. Victory this weekend could leave it tied on points and race results with JMX Phantom. But in that instance Rachmat’s two pole positions would prove decisive, regardless of what happens in Suzuka’s qualifying session. One silver lining could concern its driver line-up – the only one of the four contenders to remain unchanged since Bathurst.

LoR’s second entry is also a mathematical title challenger but must win and hope each championship rival endures a troubled race to overturn its 22-point starting deficit. Damon Woods and Luis Moreno, who are joined at Suzuka by Fadtris Isa, haven’t shown the same race pace as their team-mates this year, but as already covered: ACC’s update could yet come into play. What’s more, they hit their stride at Bathurst en route to third.

Those not in the title hunt but who could cause an upset include Wako’s Fliptable Racing (Aston Martin) and The Odd Bods (Honda) who can tie JMX Phantom’s current points total but lose the title on countback. Nevertheless, there’s still much to play for with prize money awarded to the final top-five entries.

That also applies to Inspeed Racing (Bentley) and Laundry House (Mercedes-AMG) who are in top-five contention. And on paper, at least, it’s the latter that perhaps has the best chance of shaking up the title fight thanks to Philippa Boquida, whose scorching recovery drive at Bathurst ultimately counted for nothing, and Andrew Laurenson, who won Asia’s Sprint Series round at Suzuka in October.

ASIA ESPORTS ENDURANCE SERIES
At Suzuka entries must comprise three drivers each of whose total drive-time across the 10-hour race cannot exceed 260 minutes.

The maximum stint length is 65 minutes but drivers may complete as many successive stints as the team wishes provided their total drive-time is not exceeded.

A 30-minute practice session and 15-minute qualifying session immediately precede the race. Grid positions are determined by each crew’s fastest individual lap rather than a cumulative or average time.

Points are awarded to the top-10 finishers on the basis of:

The top-five teams at the end of the season will each win a share of the €15,000 prize fund. 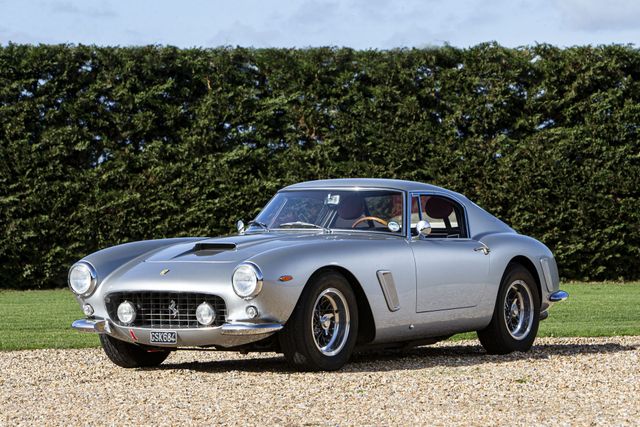