The first half of the 44th Dakar Rally saw both the domination of the event’s favourite crew in the T1 category and the emergence of new-technology cars. Can-Am drivers Lopez Contardo and Luppi de Oliveira lead T3 (light cars) and T4 (SSV), while Kamaz dominates the T5 Truck category with top three positions.

Toyota Gazoo Racing’s Nasser Al-Attiyah controlled proceedings at the head of the field through the first week of the 44th Dakar Rally, the Qatari winning three stages to hold a lead of 48min 54sec over local rival Yazeed Al-Rajhi (Overdrive Toyota) and 50min 25 sec over Nine-time WRC champion Sébastien Loeb (BRX Hunter), at the event’s traditional rest day in Riyadh.

Aiming to make a winning start to his challenge for honours in the new FIA World Rally-Raid Championship, the 2021 FIA World Cup winner set his stall out by winning the Qualifying Stage and managed his pace over the next six days to stay on course for a fourth Dakar win, the Qatari benefitting from French co-driver Mathieu Baumel’s navigational skills on several occasions.

Toyota Gazoo Racing’s performances are completed by Giniel de Villiers (fourth overall in at the rest day in Riyadh) and 27-year-old Henk Lategan, who grabbed his first stage win on day six.

Al-Attiyah said: “We tried to push from the beginning, but some drivers made some mistakes. We are quite happy to have finished the first week of the Dakar with a good lead. Mathieu did a good job. He was very careful to avoid making mistakes. I think we are in a good way. We’ve worked a lot this week without any risks. This is the Dakar and we will try to manage next week without any risks. We need to be strong all the way. We need to have a good pace without any relaxing because, when you relax, you make a mistake. We also need to navigate well.”

Sébastien Loeb was Al-Attiyah’s main rival during the first week in the first of three Hunter BRXs entered by Prodrive. The Frenchman won stage two – a Dakar first for the Bahraini team – and pressurised the Qatari each day. But he ceded half an hour on stage three ha had to race in 2WD, and 15 valuable minutes on the last stage before the rest day and slipped behind Al-Rajhi and into third place.

Loeb said: “the gap to Nasser is 50 minutes. It’s quite a lot, nearly one hour. But we’ll see. There is still a long way to go, so we’ll continue to push, to try and do some good stages. I have no goal. I will try to do my best and the result will be what it is.”

Loeb’s BRX team-mates Joan “Nani” Roma and Orlando Terranova have also demonstrated the performance of the biofuel powered Hunter T1+. The two-time Dakar winner delivered several solid stage performances, but a roll in stage four had plagued him, and he reached Riyadh near the foot of the rankings in the BRX Hunter. The Argentinean driver got an impressive stage win, being 8th overall at mid race.

Al-Rajhi and Lucio Alvarez (Overdrive Toyota team-mates), both made an impressive start to their Dakar challenge. Alvarez held fifth at the rest day, with Al-Rajhi up to second and deprived of a stage win only by a speeding penalty.

The X-raid Mini JCW Team fared better during the first week, as the Germany-based operation attempts to win a seventh Dakar and a first since Sainz’s success in 2020. Jakub Przygonski was well-placed in sixth in the first of the Mini Buggies, the Pole heading Argentinean team-mate Sebastien Halpern, who held tenth.

The first week was one of mixed fortunes for Team Audi Sport and its trio of new electric RS Q e-trons in the hands of 14-time Dakar winner Stéphane Peterhansel, three-time winner Carlos Sainz and Sweden’s Mathias Ekström.

Although the squad misses out on a top ten finish, Sainz’s success on stage three – his 40th in his Dakar career - marked a revolutionary milestone in the sport’s history with a first win for an electric hybrid car.

But both the Spaniard and Peterhansel suffered suspension breakages, the Frenchman incurring hefty time penalties on two occasions and Sainz also losing over two hours with navigational woes. Ekstrom's consistency allowed him to reach the rest day in Riyadh in 14th overall and Sainz 23rd but Peterhansel was at the foot of the rankings

Twenty-one crews lined up at the start in Jeddah in the FIA World Rally-Raid Championship’s T3 category and a fierce battle waged between the Red Bull Off-Road Junior Team and South Racing for success.

American driver Seth Quintero was the fastest pilot during the first week and won six stages, but transmission issues cost the Overdrive OT3 man dearly and Chile’s Francisco Lopez Contardo held first in the category at the rest day in his South Racing-built Can-Am Mavericks.

In the FIA T4 class, South Racing-built Can-Ams dominated from the start, with Brazilian privateer Rodrigo Luppi de Oliveira locked in a duel with Can-Am Factory South Racing Team’s defending FIA T4 World Cup Champion Austin Jones for supremacy. The Brazilian was second quickest on the last stage of the week to take a lead of 6min 56sec into the second half of the Dakar.

“It’s my first Dakar and I am happy with it,” said Luppi de Oliveira. “I’m still learning how to drive in the dunes. I’ve only driven them in Abu Dhabi and Morocco to prepare for the Dakar. We’ve driven tidily and I can be happy about reaching the rest day at the top of the general rankings. We are going to continue at this pace and keep looking after the car.”

Marcin Macik in ninth is the World Rally-Raid leader in the Truck’s T5 section, dominated by a still as impressive as ever Kamaz Master team.

The second half of the 44th Dakar Rally features a further six selective sections that wind their way deep into the remote Empty Quarter of southern Saudi Arabia before turning west, via bivouacs and loop stages around Wadi Ad Dawasir and Bisha, to reach the Red Sea city of Jeddah for the ceremonial finish on January 14th. 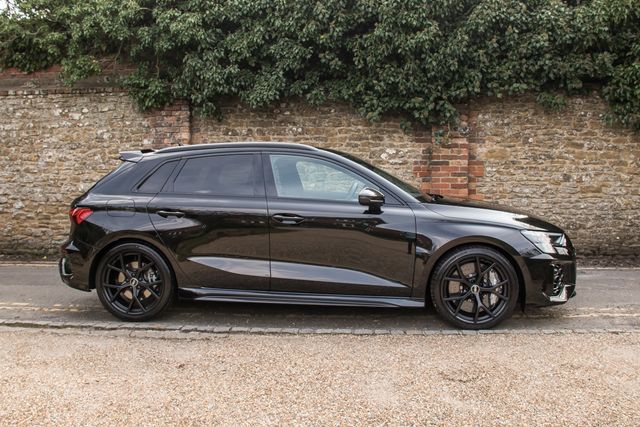