A notably late, home market DB2/4 MKI example boasting matching chassis and engine numbers
Finished in its initial colour scheme of Blue Haze with Blue leather upholstery (much of the latter being original)
Dry stored for much of the current forty-four year ownership
Recently emerged from a four-year restoration / recommissioning (with a particular emphasis being placed on originality)
Offered with the original buff logbook, owner's handbook, factory build records and current V5C document
Potentially Mille Miglia eligible
One of a mere 451 DB2/4 'Mark I' Saloons to be manufactured at Newport Pagnell
"The Aston Martin DB2/4 is a sports car with a very definite appeal. It has full saloon car comfort, coupled with performance and roadholding of a very high order". (Autocar Magazine)

Introduced at the October 1953 London Motor Show, the DB2/4 represented a new breed of longer-legged, more accommodating Aston Martin. Some seven inches longer and a little taller than its predecessor, the fitting of a smaller seventeen gallon fuel tank (still good for circa 300 miles) plus some minor platform changes liberated enough room for two small seats to be positioned above the back axle. Visually distinguished by a one-piece windscreen and rear hatchback, the new model boasted such niceties as a telescopic steering column and adjustable backrests. Panelled in lightweight aluminium over an advanced tubular frame chassis, its independent front suspension featured a sophisticated trailing link, coil-sprung set-up tempered by an anti-roll bar, while at the rear a Panhard rod assisted radius arms in keeping the coil-sprung beam axle firmly tied down. Initially powered by a 2580cc version of the famous Willie Watson / W.O. Bentley designed DOHC straight-six engine, the adoption of a larger 83mm bore size saw capacity rise to 2922cc in mid 1954. Thanks to its 'Vantage' state of tune, the 2.6 litre unit was credited with developing some 125bhp and 144lbft of torque - outputs sufficient for a quoted 111mph top speed, while the more potent 2.9 litre variant was reputedly capable of 120mph. Overshadowed by its racing DB3 / DB3S siblings, the model still enjoyed a successful competition career winning the team prize on the 1955 Monte Carlo Rally (interestingly, the factory also fielded a pair of DB2/4s for the Mille Miglia). Of the 565 MKIs made, just 451 are thought to have been two-door saloons.

Initially finished in Blue Haze with Blue leather upholstery – the same colour scheme it pleasingly sports today - chassis LML/1020 was first registered as ‘RLT 807’ by London County Council on 29th September 1955. Supplied new to Stanley Marino Harrocks Esq and subsequently registered to his company, the Aston Martin was acquired by Andrew Osborn Esq. in 1956. Changing hands several times thereafter, the four-seater has been in the current ownership since October 1978. Taken off the road during the early 1980s due to a mechanical malady, the DB2/4 MKI remained in dry storage until four years ago when the vendor commissioned a sympathetic restoration with a particular emphasis on originality.

Stripped to bare metal, the bodywork had any corroded and / or damaged sections repaired before being repainted in its original hue. The cylinder block was line bored and fitted with new liners and pistons, while the crankshaft was polished and balanced. The bearings were renewed and the cylinder head overhauled. The rest of the drivetrain was gone through and refurbished as necessary. The majority of the Aston Martin’s factory-fitted interior was retained, with only the headlining, carpets and one door card requiring replacement. The original seats were renovated, with other trim components being cleaned and re-coloured and the instruments inspected. The bumpers and over-riders were re-chromed, while the remaining chrome was carefully cleaned. A new exhaust system was installed but to the correct single-pipe design.

Authentic features under the bonnet include the starting handle, jack (partially recessed within the offside ‘sill’ as per a 1955 modification) and Vokes air filters for the twin SU carburettors. The factory-fitted radio incorporates a unique hinged mounting which facilitates access to the gearbox oil filler. A notably late, home market DB2/4 MKI boasting matching engine and chassis numbers, ‘RLT 807’ is offered for sale with the original ‘buff’ RG60 logbook, current V5C Registration Document, period workshop manual and numerous restoration invoices. 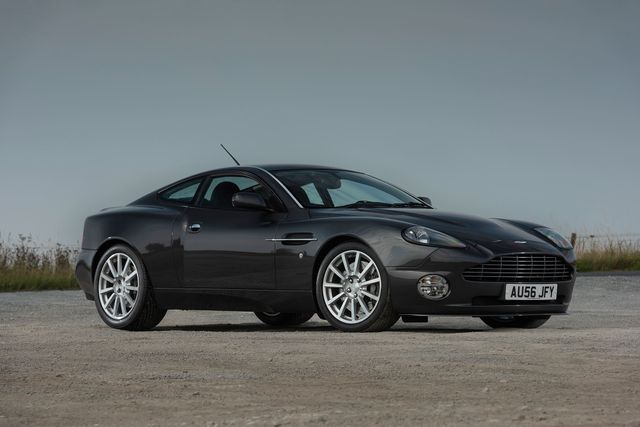