Audi Sport customer racing is again one of the most important brands in the pan-European GT platform of promoter SRO (Stéphane Ratel Organization) in 2022. Eleven customer teams with a total of 24 race cars from Audi Sport will compete in the season opener of the SRO racing series at the Imola circuit from April 1–3. Audi will compete as defending champion in the GT3 race series Fanatec GT World Challenge powered by AWS as well as in the GT2 European Series and the GT4 European Series.
“We are very pleased that our customer teams are aiming to defend their titles in all three categories,” says Chris Reinke, Head of Audi Sport customer racing. “In a highly competitive market, Audi is once again among the strongest manufacturers. In addition to ten teams that have been loyal to us for more than a decade in some cases, we also welcome a new customer team in Boutsen Ginion from Belgium. In terms of drivers, they are well positioned for the many categories within the racing series. We are particularly pleased that multiple motorcycle world champion Valentino Rossi has opted for WRT.” Rossi, who will start with the legendary car number 46, will share the cockpit with Audi Sport teammates Nico Müller and Frédéric Vervisch.

The Italian is one of 15 drivers competing for Team WRT in the Fanatec GT World Challenge Europe powered by AWS Endurance Cup. The team is fielding five Audi R8 LMS GT3 cars. The Belgian squad won five titles in the Europe-wide race series last year. This competition comprises an Endurance, a Sprint and an Overall classification. In the 2022 season, no less than twelve Audi R8 LMS GT3 cars are entered in a field of nine brands – more than ever before and the highest number of a single manufacturer. With Aston Martin, Audi, Bentley, BMW, Ferrari, Lamborghini, McLaren, Mercedes-AMG and Porsche, nine sports car brands are competing against each other. The Saintéloc Junior Team from France and the two German teams Attempto Racing and Tresor by Car Collection will enter the 3-hour endurance races with two Audi each. Boutsen Ginion from Belgium is preparing an R8 LMS for the first time. With Mattia Drudi, Christopher Haase, Dennis Marschall, Christopher Mies, Nico Müller, Patric Niederhauser, Kelvin van der Linde, Frédéric Vervisch, Markus Winkelhock as well as last year’s champions Dries Vanthoor and Charles Weerts, Audi Sport contributes eleven drivers to the teams’ line-ups.

The drivers in the GT2 and GT4 categories, on the other hand, are purely privateers. The most powerful race car from Audi Sport with 470 kW (640 hp) is shared by ten drivers in the GT2 European Series, in which up to seven brands are represented. Defending champion High Class Racing from Denmark relies on a new driver combination for the two 50-minute races each weekend. PK Carsport from Belgium, last year’s runner-up, and LP Racing from Italy double their line-ups to two Audi R8 LMS GT2 cars each.

In the GT4 European Series, which is extremely popular with 49 entries, Audi Sport again welcomes three customer teams from France. Audi is up against the eight brands Alpine, Aston Martin, BMW, Chevrolet, McLaren, Mercedes-AMG, Porsche and Toyota. Two 60-minute races per weekend with production-based models characterize this competition. Saintéloc Racing will field three Audi R8 LMS GT4 cars, including one for defending Pro-Am champions Grégory Guilvert/Fabien Michal. Team Fullmotorsport is looking to defend a title for Audi in the Am category as well with Michael Blanchemain/Christophe Hamon. The racing team is fielding a total of three R8 LMS cars in the Europe-wide series. A single entry from Team Speedcar rounds off Audi’s line-up.

Drivers and teams in Imola 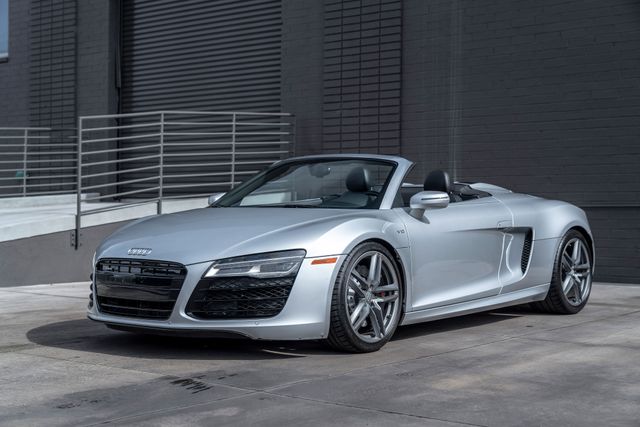