AT OULTON AS STELLER OVERCOMES PENALTY FOR GT4 VICTORY

However, that doesn’t even begin to explain a race that will surely go down as a championship classic.

Both classes featured multiple lead changes throughout the 60 minutes thanks, in part, to pitstop infringements for most of the leading contenders. But it was the battle between Carroll and Gounon – who shared their respective entries with Shaun Balfe and Ian Loggie – that will live longest in the memory.

Nick Halstead and Jamie Stanley also featured on the overall podium thanks to the latter’s stout defence against Phil Keen, while youngsters Jamie Day and Josh Miller bellied their combined age of just 33 years and 14 days to finish as GT4 runners up for R Racing. Valluga’s Ross Wylie and Benji Hetherington completed the class rostrum.

Shaun Balfe started on pole but came off second best to Richard Neary after running side-by-side with Team Abba Racing’s front row starter through Old Hall and into Cascades where Graham Davidson also muscled his way past. The loss of momentum ultimately left the Audi sixth by end of lap one.

Ahead, the new top-three that also included Morgan Tillbrook ran nose to tail just before the pit window opened on 22 minutes. However, Team Rocket RJN’s McLaren wouldn’t end the opening stint after contact between Davidson and Neary heading out of Knickerbrook sent the 720S GT3 across the grass and into the Clay Hill tyre wall approaching Druids.

A Safety Car wasn’t required and the pitstops began on schedule, albeit with Tillbrook missing his pit box and Abba having to serve two subsequent stop-go penalties for the contact with Davidson and a short pitstop. The victory chances of both teams ended there and then.

That should have left 2 Seas in the box seat but they, just like Abba, collected a pitstop penalty. Instead, it was Balfe’s Audi that emerged out front after passing Sky Tempesta’s Mercedes-AMG during the pitstop cycle.

Carroll was comfortably clear at that stage and seemingly on for a quiet stint. But that didn’t account for Jules Gounon whose co-driver Loggie started 10th and pitted from seventh. The Frenchman picked up places as a result of the front runners’ penalties but also pulled off two scintillating moves, first on Phil Keen and then Jamie Stanley, on the approach to Cascades before setting off in pursuit of Balfe’s Audi.

The 3.6s gap was soon slashed as the Mercedes-AMG loomed large in Carroll’s mirrors. The Mercedes-AMG factory driver came closest to passing the Audi at Lodge on the penultimate lap with an audacious move around the outside that saw Gounon cross the line half-a-tenth ahead. But his Northern Irish rival was inch perfect in defence and took the inside line – and lead – into Old Hall. The order remained unchanged over the final two miles.

Behind, Jamie Stanley kept Keen at bay to score Fox Motorsport’s first GT3 podium since 2016. Co-driver Nick Halstead started his class debut from eighth but remained out of trouble to put his team in with a top-three chance. Stanley, like Keen, was powerless to keep Gounon behind but ensured a McLaren finished on the podium after the travails of Team Rocket RJN and Enduro.

Keen and Michael Igoe’s WPI Lamborghini made it as many different manufacturers in the top four ahead of 2 Seas’ penalty-hit Mercedes-AMG shared by James Cottingham and Lewis Williamson. Mia Flewitt and Euan Hankey completed the overall top-six for championship debutants 7TSIX.

Behind, Assetto Motorsport’s Mark Sansom and Will Tregurtha turned around a troubled weekend by winning the Silver-Am class in seventh overall. The team’s Bentley was heavily damaged during Friday’s test session, which necessitated a dash to Paddock Motorsport’s workshop to collect their ex-British GT race winning Continental GT3.

Richard Williams and Sennan Fielding opened their 2022 account in emphatic fashion by overcoming a mid-race penalty to score victory in the first GT4 outing of the year.

The Steller Motorsport crew produced two strong stints and, despite being the recipient of a penalty for a short pitstop themselves, benefited from a raft of others falling into the same trap to take the win regardless.

Williams lined up on pole, but Benji Hetherington made the most of the opening lap to sneak Valluga’s Porsche Cayman past the Audi on the opening lap. That set up a tight battle between the top two as Williams and Hetherington began to forge a gap over the top two. Hetherington defended hard but was powerless to prevent Williams diving back ahead at Old Hall after getting a slipstream out of Deer Leap.

Things remained rather static until the pit window opened. Williams stopped at the first chance to hand to Fielding, but the car was judged to have trimmed six seconds off its minimum stop time so was slapped with a stop-go for the same amount. That looked to have cost the Audi the race, except the penalties stretched in various degrees to cover the entire top three… and beyond.

Matt Topham had kept Newbridge Motorsport’s Aston Martin within the top six before pitting for Darren Turner, and with the Pro-Am pairing enjoying a shorter mandatory stop time Turner emerged in the lead when Fielding stopped to serve his penalty. But then the Aston was handed its own stop-go for the same offence, as was the Toyota Gazoo Racing Supra of Tom Edgar/Jack Mitchell and the #65 Team Parker Cayman of Jamie Orton/Seb Hopkins, which had run third for the opening part of the race.

The raft of penalties brought Steller back into play, and Fielding soon drafted past Ross Wylie’s Valluga Cayman to resume the lead with a third of the race to run. He was never headed after that.

Wylie held second but had Josh Miller’s R Racing Aston Martin crawling all over him in the late stages. Miller eventually squeezed by on the penultimate lap to grab the runner-up place for himself and Jamie Day, who – at a combined age of 33 years and 14 days old – became the youngest-ever driver pairing to feature on a British GT podium.

Wylie/Hetherington were third, ahead of the Academy Motorsport Ford Mustang of Marco Signoretti and Matt Cowley, which had made an incredible start in Signoretti’s hands to rise from ninth to fourth on the opening tour.

Turner/Topham took fifth for Newbridge, and celebrated the Pro-Am victory, with Jack Brown and Will Burns completing the top six in the #90 Century Motorsport BMW M4. 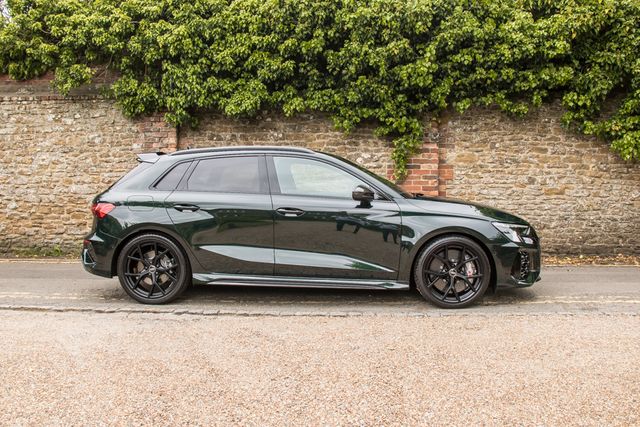