Max Verstappen claimed a hard fought Spanish Grand Prix win at the Circuit de Barcelona-Catalunya, coming back from an early spin and faulty DRS to take a victory that hands him control of the 2022 FIA Formula One Drivers’ World Championship standings as Ferrari’s Charles Leclerc exited the race from a comfortable lead due to the power unit issue. Sergio Pérez took second place to Red Bull Racing’s second 1-2 finish of the season and the final podium place went to Mercedes’ George Russell

When the lights went out at the start, Leclerc and Verstappen both got away well. The Red Bull driver tried to draw alongside the Ferrari on the long drag to Turn 1, but Leclerc defended well and held the lead as they exited the corner.

Behind them, Carlos Sainz made a poor start and he was passed first by Mercedes’ George Russell and then by Pérez. Further back, though, Kevin Magnussen attempted to pass Lewis Hamilton but the Dane tagged the Briton’s Mercedes and the Haas bounced off track into the gravel traps. He was able to continue at the back of the field but Hamilton suffered a puncture and was forced back to the pits.

As the opening stint began to unfold, Leclerc began to carve out a slim gap to Verstappen and by lap five he was 1.2 seconds clear of the Dutchman, with Russell two seconds adrift of the Red Bull driver and Pérez a further second back. Sainz held fifth ahead of Alfa Romeo’s Valtteri Bottas, with Mick Schumacher in seventh place in the second Haas. However, the German was soon passed by Alpine’s Esteban Ocon and slipped to eighth.

On lap seven, though, Sainz made a mistake into Turn 4 and spun into the gravel trap. He managed to make his way back on track but dropped to 11th place. And then, on lap nine, the same fate befell Verstappen. The world champion turned in but lost grip as he grappled with a strong tailwind and he slid off into the gravel, losing position to Russell and Pérez.

After Pérez had twice attempted to get past Russell but failed, the Mexican ceded third place to Verstappen on lap 11 and the Dutchman quickly began to pile pressure on the Briton.

Verstappen’s pursuit of the Mercedes was hampered, however, by an intermittently failing DRS and over the course of the following laps his attempts to close up to the Mercedes were frequently dashed by the rear wing staying resolutely closed.

Pérez then pitted at the end of lap 17 and after taking medium tyres he rejoined in fourth place ahead of Bottas, Ocon, Sainz, Aston Martin’s Sebastian Vettel, who had yet to pit, the McLaren of Lando Norris and AlphaTauri Yuki Tsunoda.

Leclerc pitted for medium tyres at the end of lap 21 and he rejoined with a six-second cushion to Russell and Verstappen. At the start of the next lap Pérez was fourth, four seconds adrift of his team-mate with Bottas in fifth place, 10.6s behind the second Red Bull. Ocon held sixth ahead of Sainz, with Norris eighth ahead of Tsundoa and Alpine’s Fernando Alonso who had climbed to 10th after starting from the back of the grid.

On lap 24, Verstappen, with DRS working, attacked Russell again and this time he got past the Mercedes on the inside into Turn 1. But Russell hung on around the outside and managed to emerge in P2 again. Verstappen tried to attack again on the following lap but much his very vocal frustration his DRS once again failed to open.

The complexion of the race changed completely on lap 27 when Leclerc suddenly slowed dramatically and after complaining of a sudden loss of power, he immediately headed to the pits lane and was forced to retire.

The battle between Verstappen and Russell was now for the lead. but then Verstappen opted to for a set of used soft tyres. He resumed in fourth place behind Bottas, leaving Pérez to chase down Russell.

And on lap 31 the Mexican made his move. Aided by DRS on the pit straight, he feinted right, forcing Russell to defend, and then effortlessly powered around the outside of the Mercedes to take the lead.

The Mexican driver quickly moved into a 2.5s lead over Russell, while Verstappen passed Bottas on lap 32 to take P3. The Dutchman now sat 12.5s behind the lead Mercedes.

Lapping almost two seconds faster than the leaders, Verstappen rapidly closed in and on lap 36 Mercedes backed out of the fight by pitting Russell for more medium tyres. Pérez then made his second stop for medium tyres at the end of lap 37 and Verstappen jumped into the lead.

Verstappen made his final stop at the end of lap 44, taking on medium tyres. He rejoined in P2 behind Pérez who once again led. The Dutchman quickly began to reel in his team-mate and on lap 49, Pérez moved across in Turn 4 to let the world champion retake a lead he held until the chequered flag.

Pérez crossed the line 13 seconds behind the new championship leader to make sure of the Red Bull 1-2 and the Mexican also nabbed the point for fastest lap thanks to a late-race switch to soft tyres.

Mercedes' final laps were nervous, however. A suspected water leak on the power units of both its cars meant they had to coast to the line. Russell took his second podium finish of the season in third, while Hamilton, who had earlier passed Sainz for fourth, was forced to give the place back to the Ferrari driver on the final lap. Hamilton was left with fifth place ahead of Bottas, Ocon, Norris, Alonso and the final point on offer went to Tsunoda.

Verstappen now leads the Drivers’ Championship standings with 110 points, six ahead of Leclerc. Pérez now has 85 points, 11 clear of Russell. The Team has also taken the lead in the Constructors’ Championship and now has 195 points to Ferrari’s 169, with Mercedes third on 120. 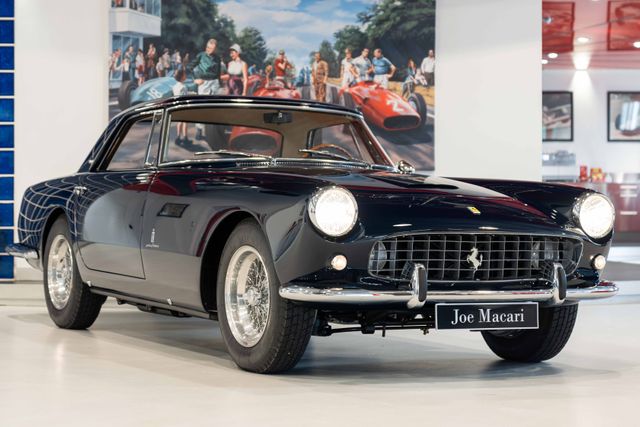