The Porsche GT Team and the customer squads put in a good show in the early hours of the 24 Hours of Le Mans. Both 911 RSR from the factory team running in the Top 3. In GTE-Am class, two cars from WeatherTech Racing and Dempsey-Proton Racing in P1 and P2.

The Porsche GT Team and the customer squads have put in strong drives in the opening phase of the 24 Hours of Le Mans. At the four-hour mark, the two Porsche 911 RSR fielded by the works team are currently running in second and third in the fiercely contested GTE-Pro class. In the GTE-Am category, the 911 entries from WeatherTech Racing and Dempsey-Proton Racing lead the 23-strong field after a thrilling early phase in France.

“It’s an extremely close race at the top,” says Alexander Stehlig, Director Factory Motorsport FIA WEC. “Our cars are matching the pace of the two Corvettes. The leading car got an advantage when a slow zone was activated so the gap increased significantly. Overall, everything is going well on our side. Only the No. 91 car had some vibrations coming from the tyres during the first stint, so we changed the wheels of the car earlier than on the sister car. For this reason, our two 911 RSR are implementing different strategies. Now we’re focusing on getting through the night safely and then let’s see what’s possible for us tomorrow.”

In sunny conditions and temperatures of around 26-degrees Celsius, Frédéric Makowiecki (#91) and Kévin Estre (#92) took the wheel of the two factory vehicles at the start of the 90th running of the long-distance classic. Right from the outset, the two Frenchmen put in a strong pace and were able to remain within striking distance of the leading pack at all times. Their teammates Richard Lietz (Austria) and Michael Christensen (Denmark) worked their way up the order during their first stints to rank second and third. The two ca. 378 kW (515 PS) cars still hold these positions after four hours.

In the GTE-Am class, the eight Porsche 911 RSR put on an impressive show in the first two hours of racing. At times, the customer teams’ cars locked out the first six places as well as positions eight and nine. However, the 911 racers from Weissach were separated due to driver and tyre changes during the second round of pit stops. Julien Andlauer showed particularly impressive form in the action-packed race on the 13.626-kilometre circuit. At the wheel of WeatherTech Racing’s No. 79 car, the Frenchman held the lead and gradually built an advantage of over 40 seconds. In the starting phase, Andlauer spent 2:45 hours at the wheel of the car.

While the No. 77 vehicle campaigned by Dempsey-Proton Racing currently ranks second in its class, the sister car with Hollywood star Michael Fassbender is already two laps down. After a strong first hour of racing, the No. 46 car from Project 1 has also lost touch with the leading pack. After ploughing through a deep gravel bed at the Indianapolis corner, the car spent around 13 minutes in the pits for repairs and lost four laps as a result.

Drivers’ comments on the starting phase
Gianmaria Bruni (Porsche 911 RSR #91): “It went pretty well for me. Our No. 91 car had good balance during my double stint after the start. I have the impression that the Corvettes are really strong today, but that can change of course when the sun goes down and temperatures drop. We’ll have to wait and see how the competition plays out over the coming hours.”

Michael Christensen (Porsche 911 RSR #92): “The car’s running very well and the tyres offered a lot of grip during my double stint. I kept experiencing slight understeer but we can cope with that. Unfortunately, our timing was unlucky in a slow zone and the leading Corvette gained over a minute at the front. I expect that something like this will balance itself out over the course of the 24 hours.”

Julien Andlauer (Porsche 911 RSR #79): “Compared to the competition, we deliberately opted for a different strategy. I spent almost three hours at the wheel in the opening phase. Our car was really strong early on in the race. It was hotter than we’ve ever experienced it here during our preparations. That was actually a journey into the unknown but it quickly put us up the front. Now I’ll catch my breath a bit and hope that my teammates have as much fun as I had in our car.” 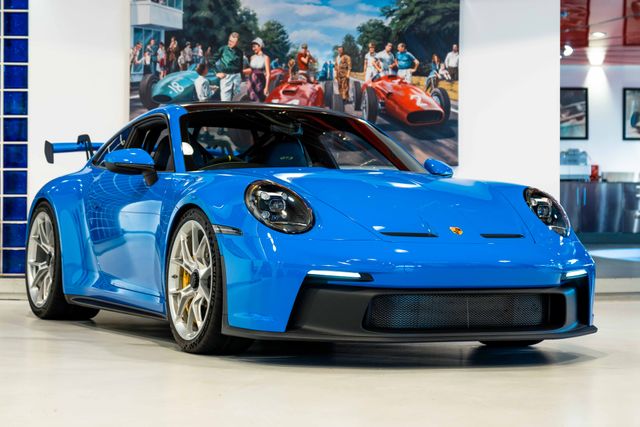