Nissan has announced that the JUKE Hybrid Rally Tribute, celebrating its participation in the East African Rally 50 years ago, will be in action at this year’s Goodwood Festival of Speed.

The unique Juke Hybrid Rally Tribute will be providing demonstration laps of the tricky Goodwood rally circuit twice each day over the racing weekend from Friday 24th until Sunday 26th June.

Experienced rally driver and Sun Motoring Editor Rob Gill has already put the concept vehicle through its paces during a recent test drive in the Sahara desert and will be taking charge of the car for his 17th Festival visit. “It’s great to be able to show this remarkable car to the public but what makes this event so special is that not only can you get close to the vehicles in the paddock but you also see them in action and I’m proud to be able to be a part of it each year,” he said.

Alongside the concept, in the rally service zone area, will be a replica of the East African Safari Rally winning 240Z, especially developed for display purposes alongside the modern hybrid version. Also, on public display for the first time in the UK will be a new Juke Hybrid, available for viewing ahead of its arrival in Nissan showrooms in late July.

Rally-inspired modifications
The most obvious modification on the Juke Hybrid Rally Tribute is the enlarged wheel arches that accommodate the tailor-made off-road tyres, while the additional lights mounted on the hood and roof echo those of 50 years ago.

Similarly, the black hood and enlarged black wheels are a visual homage to the 1971 vehicle that competed in the East African Rally. The use of vintage sponsor logos and the number 11 also reflect aspects of the 240Z rally car, as do the addition of reinforced plates under the front and rear valances which offer protection to the vehicle’s underside. Reinforced and long-travel suspension has been fitted all-round, to give the Juke Hybrid Rally Tribute exceptional poise over the challenging terrain it will navigate. The tyres are 265/70 R16, giving phenomenal grip and traction in all conditions, in the most difficult conditions.

Inside, the interior has been modified with the fitment of a tubular cage to stiffen the bodyshell and to offer protection in the case of an incident at speed in the challenging desert environment. The rear seats have been removed to provide space for spare wheels and four-point harnesses have been added to secure the driver and navigator safely in their racing seats.

Other modifications to the interior include the fitment of a competition fire extinguisher, an intercom system with a pair of headphones to simplify communications between driver and navigator, the fitment of Alcantara trim on the steering wheel and a hydraulic handbrake with high-reach handle for quick and easy activation.

Nissan in the East African Safari Rally
In 1971, the legendary 240Z that took the victory of the gruelling East African Safari Rally was driven by Edgar Herrmann with navigator Hans Schüller. Indeed, the rally was a resounding success for the brand, with the 240Zs coming home in second and seventh positions. Furthermore, the victory represented the brand’s second consecutive victory in the rally.

The low-slung 240Z was powered by a 2.4 litre straight six cylinder engine, producing 210PS, with power sent to the rear wheels. The victorious car was restored to good order in 2013 and is part of Nissan’s heritage collection which is housed in Zama, close to Nissan global headquarters in the Kanagawa prefecture of Japan. 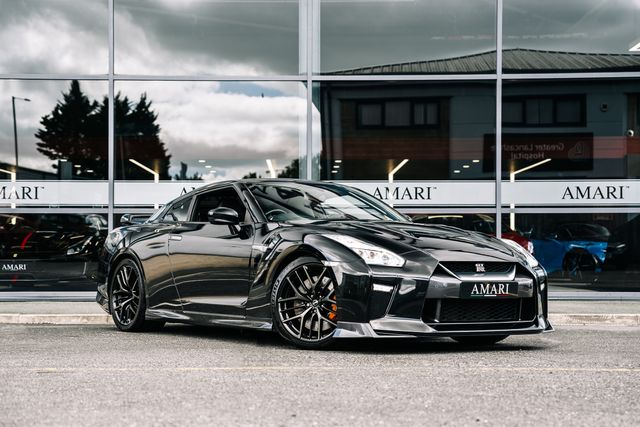