The GT4 European Series heads back to Italy this weekend as the championship battle reaches its halfway stage at the seaside circuit of Misano.

Once again, the GT4 European Series will boast a huge 46-car entry for the fifth and sixth races of the season, which will support the Fanatec GT World Challenge Europe powered by AWS Sprint Cup. Cars from nine different world-class brands will go head-to-head around the 4.5km circuit on the Adriatic coast.

Heading into the third round of the campaign, Aston Martin crews lead two of the three drivers’ championships but, after an unpredictable last round at Circuit Paul Ricard, nobody is sitting too comfortably in the standings.

Silver Cup
Aston Martin has enjoyed a flying start to the 2022 season with its Vantage AMR GT4s claiming every race victory so far, and the top three crews in the standings all representing the British marque. But that can all change in a heartbeat thanks to renewed competition from Mercedes-AMG, Audi, Toyota and BMW.

If championship leaders Gus Bowers and Konstantin Lachenauer looked unbeatable in Imola, winning both races aboard their #10 Racing Spirit of Léman Vantage, then it was the turn of PROsport pairing Mike David Ortmann and Hugo Sasse to look every inch the title challengers as they dominated both outings at Circuit Paul Ricard in the #24 Vantage. Having failed to score at Imola after an accident in the first race, Ortmann and Sasse were back on form in France, scorching to two maximum scores to put themselves second in the class standings. However, Bowers and Lachenauer’s consistency brought them another podium finish last time out, meaning they hold a 31-point cushion at the top and have yet to finish lower than fourth in any race so far. Racing Spirit of Léman’s second car – shared by Tom Canning and Akhil Rabindra – is third in the order, despite a challenging last round.

Speaking of challenging weekends, Saintéloc Racing’s Roee Meyuhas and Erwan Bastard will want to forget the last round in a hurry. The pair struggled with straight-line speed and electrical issues in their Audi R8 LMS and scored just a single point at Circuit Paul Ricard. Having twice been podium finishers at Imola, both will be determined to get their title challenge back on track once again in Italy.

It's the opposite story for NM Racing Team’s Lluc Ibañez and Enzo Joulié, who successfully put a tough start to the year behind them to emerge as class frontrunners in France, scoring two podium finishes and a pole position aboard their Mercedes-AMG. Another display like that will surely put them right in the championship mix.

CMR Toyota duo Antoine Potty and Romain Monti reignited their own challenge with a fine second place in race one at Circuit Paul Ricard, but were then set back by some bodywork damage and mechanical issues that limited them to 10th in race two. If they can find the consistency to match their obvious pace, they’ll also be a threat.

A mechanical gremlin prevented reigning British GT4 champion Will Burns and Berkay Besler from scoring in the first race in France, but the Borusan Otomotiv Motorsport team successfully repaired their BMW M4 GT4 in time for them to surge to seventh in both the second race and the championship points.

Pro-Am
Mercedes-AMG emerged at the head of a super-tight Pro-Am battle thanks to Akkodis ASP Team’s Jean Luc Beaubelique and Jim Pla’s first victory of the season at Circuit Paul Ricard, with a third podium appearance of the year handing them a four-point lead in the standings.

Heading to France the class had been a dead heat between the Porsches of Allied Racing (Vincent Andronaco/Andreas Mayrl) and Centri Porsche Ticino (Ivan Jacoma/Alex Fontana), but tough second rounds for both mixed up the order. Andronaco and Mayrl were set back by a retirement early on but fought through superbly to score a podium in race two, while Jacoma/Fontana took two fourth places to hold on to second in the championship.

A first victory for Kenny Herremans and Dante Rappange aboard V8 Racing’s rumbling Chevrolet Camaro has thrown the contest wide open, with the pair now just a handful of points behind the top four, and Gabriela Jílková/Robert Haub running sixth in the Drago Racing Team ZVO Mercedes-AMG.

There are also a few teams due a dose of good luck. Despite being pole-sitters last time out, a pit penalty and damage cost Akkodis ASP Team’s Eric Debard and Simon Gachet badly, leaving them outside the top 10 in the points. British team Greystone GT looked odds-on to score its maiden GT4 European Series podium last time out before Tim Whale/Adam Carroll’s McLaren 570S slowed dramatically with a technical issue in the final corners. The team will continue to run twin McLarens this weekend, with Richard Distl and Alain Valente crewing the second 570S.

There had only been two points between the crews after Imola, and it looked set to be tight again in France, until Hamon/Blanchemain had to retire the Audi with a technical issue in race two. To rub salt into the wound, Lambert/Cazalbon went on to score their second win of the year in that race, opening a 28-point lead in the process. However, that swing also goes to show that everything can change with one bad result.

Team Fullmotorsport’s issue also opened the door for NM Racing Team’s Aleksandre Vaintrub and Stanislav Safronov, who scored both a maiden class win and a podium finish at Circuit Paul Ricard to move within a point of second place in the #88 Mercedes-AMG. 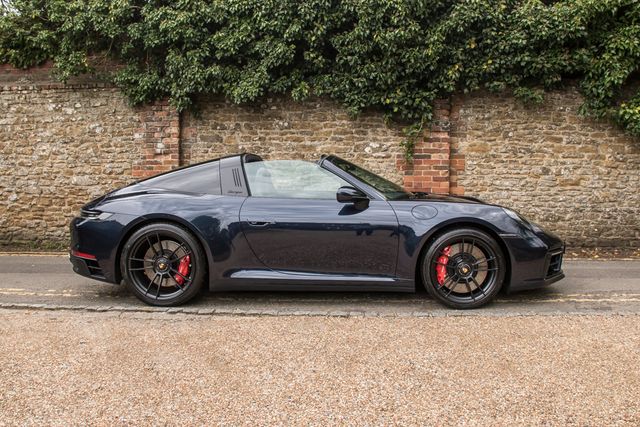